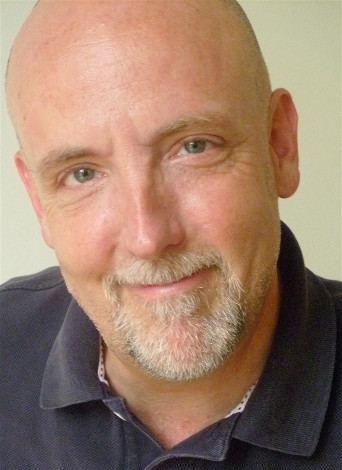 “More often than not, we pick our cars with our hearts—not for their utility, or their economy, or their reliability, or their safety, but for the way they look and how good we’ll look behind the wheel,” writes Earl Swift in Auto Biography: A Classic Car, An Outlaw Motorhead, and 57 Years of The American Dream.

In this automotive romance wrapped around a single car and its 13 owners­­, reason isn’t a factor. For most of the owners, it’s love at first sight when they set eyes on the ’57 Chevy station wagon, the star of Swift’s tale.

In a phone interview from his office at the Virginia Foundation for the Humanities in Charlottesville, Virginia, Swift, talks about intertwining the stories of the car and the cultural ideals of the era that spawned it, the car’s on-again, off-again restoration and the colorful cast of characters who owned it.

Reflecting on the indiscretions of his youth­­­––a 1978 Fiat sedan and a MG Midget two-seat roadster among them­––Swift says he wondered what happened to those cars, which led to a series tracing the history of one car and its owners that he wrote for the Virginian-Pilot, where he was a reporter.

His first challenge was finding the right car, one about 35 years old with at least seven owners. Without an official paper trail, he had to rely on the memories of owners who bought and sold their cars. Call it a reporter’s resourcefulness or a lucky break, but Swift not only found a car with provenance going back to the year it came off the assembly line, he found “the car to end all cars,” the American classic, which was 47-years-old at the time and had been owned by 11 individuals.

The ‘57 wagon “shines like the dickens,” Swift says. “It’s got a lot of chrome. The fins, a seamless part of the whole, are the best looking fins that ever appeared on a car in the ’50s. They give it a jauntiness, an almost naïve innocence.”

It was a status symbol. “The SUV of its day, emblematic of an emerging [suburban] lifestyle that people wanted a piece of,” says Swift, who recalls a happy childhood in the suburbs. For the “waves of returning vets, the folks who had to rent in the cities for years, owning a little quarter acre lot with a house on it, owning your own piece of the planet was mighty attractive.”

His previous book The Big Roads: The Untold Story of the Engineers, Visionaries, and Trailblazers Who Created the American Superhighways touched on the connection between cars, highways, and suburbs that seeded this cultural ideal.

Earl thought of turning his original series into a book, but found it lacking. “I wound up with a necklace of 11 separate tales that were like one another.” None of the owners were strong enough to hold a book together. He sat on the idea until he heard that Tommy Arney was the car’s 13th owner. Arney, who he had met on a previous assignment, was to become the unifying thread he needed, an unforgettable protagonist.

Around Moyock, North Carolina, Arney was a man with a reputation, a “rough customer.” Among other incidents, Swift reports that that he once knocked unconscious an associate who had lied to him and “bored twice through his kneecap with a Black & Decker cordless drill.” You get the idea.

Swift saw something else. “He’s got a lot of layers. Even if you’re put off by his sometimes two-fisted interface with the world, there’s no denying he’s a smart man,” he says. “He’s people smart. He understands how the world works. He isn’t just a thug. I think you get a pretty good picture of him over the course of the book.”

In 2009, Swift visited Moyock Muscle, a five-acre property, home to 400 “fossils of the 20th Century American Dream,” meeting Arney again and his crew: Skinhead, his right-hand-man and best friend; Victoria, a former exotic dancer, who ran his businesses; and Painter Paul, the Michelangelo of car restoration. He would get to know them well.

By then Arney had mellowed some after a brush with life-threatening cancer, leaving his violent days behind. A man of some means, at least on paper, he’d built an empire of go-go clubs, restaurants, real estate and a business selling old cars for restoration. He told Swift he had the wagon and planned to restore it. Swift was free to hang out and write about it. It would take seven months, he said, a widely optimistic timetable. Seeing the Chevy on the lot “under a thick carpet of grime and flaking metal,” a rusted, dented, stripped down hulk that “even by standards of its setting, was in deplorable shape,” Swift couldn’t help but wonder if it would ever be restored at all.

For the next three years, notebook in hand, the writer watched Painter Paul’s meticulous work on the car. In the meantime, Arney was busy dealing with county officials, ordinance violations, financial problems and an FBI investigation of his bank dealings. The reader wonders, too, if the car will again reach its glory.“

There are so many junctures and turns to the story,” says Swift, “that I had this odd sense that it was more in control than I was.” But it all comes together at the end, a wild ride, for the writer and the reader.

Elfrieda Abbe is an independent writer and former editor of The Writer magazine.