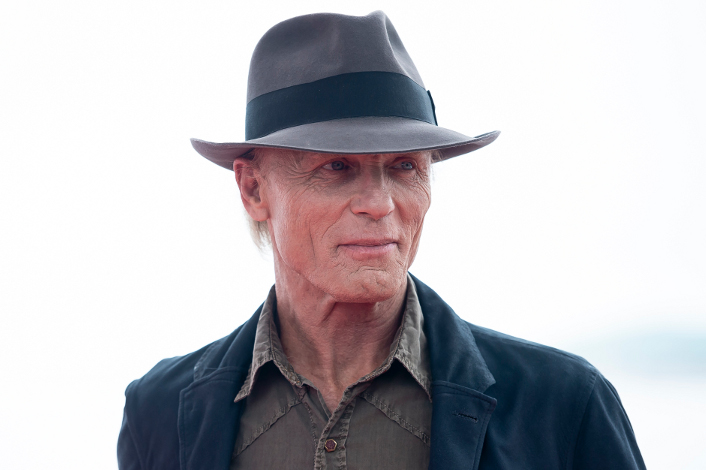 Ed Harris is a Golden Globe-winning actor, director, and screenwriter—and, it would appear, quite the bookworm, as well.

Harris has only directed two movies in the past, and both were book adaptations. He plans to start filming his third, based on Kim Zupan’s 2014 novel The Ploughmen, in Montana and New Mexico next June, according to Montana newspaper The Missoulian.

The actor first branched into directing with the 2000 film Pollock, based on the Pulitzer Prize-winning 1989 biography Jackson Pollock: An American Saga by Steven Naifeh and Gregory White Smith. His second directing effort, for which he co-wrote the screenplay, was 2008’s Appaloosa, based on Robert B. Parker’s 2005 Western of the same name.

The Ploughmen tells the tale of a Montana sheriff’s deputy, Val Millimaki, and his conversations with jailed serial killer John Gload. This Silence of the Lambs-style setup apparently didn’t impress Kirkus’ reviewer, who singled out its “paucity of action” and “flawed characterizations.” However, novelist Alyson Hagy, in New York Times Book Review, called it “a dark and imaginative debut” featuring “vivid scenes of tenderness and manipulation between the two men.” Harris told The Missoulian that the Times review inspired him to option the novel, which he then adapted as a script.

In October of last year, The Missoulian noted that Montana Gov. Steve Bullock’s office had awarded a $300,000 state grant to the film’s production. The same article referred to a June 2018 USA Todayinterview with Harris, which stated that the film would star Oscar-winner Robert Duvall, Tron: Legacy’s Garrett Hedlund, and Harris’ wife and fellow Golden Globe-winner Amy Madigan.