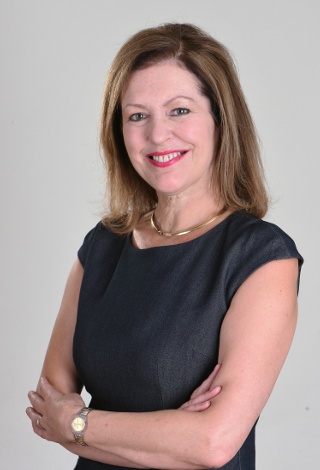 We think of the ancient Greek philosophers, if we think of them at all, as men who were born old, bald, bearded, and bodiless, ready for their marble heads to be enshrined in museums around the world. In doing so, we forget that Socrates was once a muscular stonemason who put his tools aside when he discovered that he could earn a living by talking. His student Plato was once a strapping young man who took long journeys on foot just to see the sights and cities of the ancient world. And Plato’s student, Aristotle, was in turn a handsome, curly-haired chap who dove, as if for pearls, to see what the creatures of the Mediterranean were up to and who, as a young man, accumulated real estate as ably as he accumulated knowledge.

It’s true that Aristotle was a man of some years, what we would call late middle age, when he acquired widespread fame for his philosophical works. So notes Edith Hall, a classicist and philosopher at King’s College London, whose Aristotle’s Way: How Ancient Wisdom Can Change Your Life offers the thinker, who lived and died 25 centuries ago, as a modern guide to help puzzle out the problems of life. “Aristotle became fully Aristotle after training at Plato’s Academy, inventing zoology in Lesbos, and surviving the shenanigans of the Macedonian court,” Hall says. When he was 49, Aristotle was able to return to Athens to found his own university, the Lyceum. “It was in the next 12 years that we believe he wrote almost all his great treatises,” she adds. That’s a remarkable burst of productivity for a man who would have been considered old in a time when average life spans didn’t extend much past 30, and it speaks well to our ability to excel at every age.

“Because Aristotle believed that happiness depends on us conceiving our lives as a continuous project of self-improvement and working toward well-thought-out goals, his way of doing things can be taken up at any time,” Hall says. So it is that her book, while concentrating on a central idea of Aristotle’s—namely, that happiness is what we make of it and that the goal of human life is to maximize that happiness—is organized in an arc that resembles our path through life. “I’m finding that teenagers relate most strongly to the chapters on how to identify your potential by listening hard to what makes you happy when you are doing it, because that is what you will be good at,” she says. “They also focus on the chapter on making decisions and the chapter on communication and persuasion, because they need to write job applications. And they especially pay attention to the one on love and relationships.”

Just so, later chapters in Aristotle’s Way speak to adults faced with problems such as finding and staying with a partner for life, becoming parents, teaching children how to be ethical beings, and becoming more at ease with one’s own self. “Politics and the environment and our relations with the wider world are also most pressing when we are at the peak of our powers,” Hall notes, adding, “the last two chapters, on recreation and mortality, obviously have the most to say to the retired or elderly.”

Hall recommends that younger readers spend time with two of Aristotle’s treatises—Rhetoric and History of Animals—in order to learn how to structure winning arguments and train their minds. For 40-year-olds, she recommends Nicomachean Ethics, dealing with the thorny ethical issues adults face, while, for obvious reasons, she suggests that 60-year-olds read On Memory and Recollection. Still, she says, Aristotle can be studied at any point in his career by any reader capable of understanding him, with the provision that since Aristotle believed that most people hit their peaks at about 50, “he’s a great philosopher for those who have already traveled much of life’s journey.”

Aristotle continues to inform us today—when President John F. Kennedy said to a young audience, “Happiness is the full use of your powers along lines of excellence,” he was invoking the Nichomachean Ethics in that happy time when presidents read books—and his ideas still float through the sciences, the social sciences, and the arts and humanities. Still, says Hall, it would be a fine thing to put him directly back on the curriculum for young people today. She writes in her book, “The young urgently need education because, as Aristotle warns, deliberation can be fiendishly difficult.” She adds, in closing our conversation, “If the whole world learned basic secular virtue ethics in conjunction with the value of empirical science in its youth, we could build a better world.”