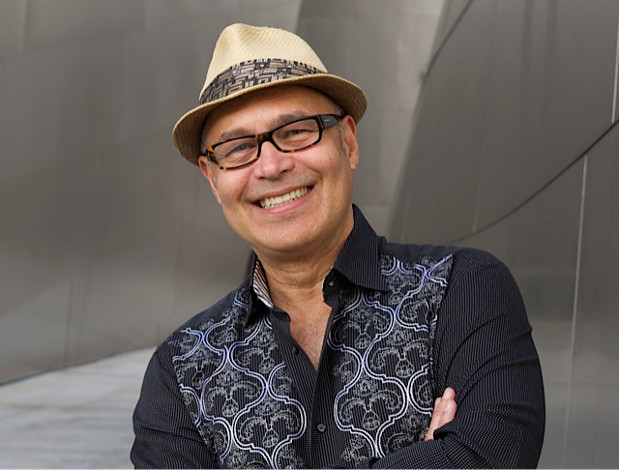 When Eduardo Santiago's first novel came out in 2006, everything seemed to be going right. “I was very lucky that Tomorrow They Will Kiss was picked up by Little, Brown almost as soon as I finished it,” he says. The novel, which tells the story of Cuban émigrés working at a New Jersey factory in the 1960s, earned reviews comparing it to Mario Vargas Llosa's Aunt Julia and the Scriptwriter and Julia Alvarez's How the Garcia Girls Lost Their Accents.

And then Santiago ran into a familiar stumbling block: The editor who had shepherded Tomorrow They Will Kiss through the publishing process left, and Santiago was assigned to a new editor, who was not interested in his next manuscript. “With traditional publishing, we're at the mercy of people we've never met,” Santiago says. “There's very rarely a dialogue.”

Santiago had a clear vision for his body of work, and when both his editor and his agent suggested he set the manuscript aside, he knew the only way he would be able to tell the story he wanted was by taking charge of the process. “I was inspired to write it, and I was inspired to self-publish it,” he says of his new novel, Midnight Rumba.

Midnight Rumba fits into Santiago's elegantly simple literary vision: “My plan for my writing life is to write a novel for every decade Cubans have been in exile in the U.S.,” he says, adding that the novels will be linked by topic and theme, though he does not see them as a series. After tackling the 1960s in his first novel, he turns to the 1950s in Midnight Rumba, which is set in Cuba during the early years of Fidel Castro's revolution. Kirkus has given the book a starred review, calling it “a historically sound, sublimely heartbreaking novel.”

“It's so joyful to be somewhat in control of your writing life,” Santiago says. He is particularly glad to have had complete control over Midnight Rumba's cover design. He worked with Allison Strauss, daughter of his friend Janet Fitch (White Oleander), to produce an illustration in the style of his first novel's cover, drawing a clear visual connection between the two books. “She did a fantastic job,” he says, showing off a cover that reflects the seedy glamour of Midnight Rumba's Havana nightclubs while echoing the telenovela theme of Tomorrow They Will Kiss.

As for marketing, “I just show up wherever I'm invited,” Santiago says. He has discussed Midnight Rumba on CBS News in Los Angeles, where he lives, and has found book festivals a particularly effective form of promotion—the book, he says, “has been received with such kindness.” This year he has been to the Tucson Festival of Books, and he was at the Los Angeles Times Festival of the Book, held last weekend.

Santiago also hopes to make use of his control over the novel's subsidiary rights. “I know a lot more now than I did in 2006,” he adds, pointing out that although Tomorrow They Will Kiss was translated into Russian, no Spanish translation was published. “I didn't know that I really had to push for it,” he acknowledges. Novelist Reyna Grande told him that she had done her own translation of her work, and Santiago is now doing the same.

Offering a Spanish translation of his books about the Cuban-American diaspora gives Santiago an opportunity to expand the literary calling he sees as something of a mission. “I cannot escape my topic,” he says. Questions from his nieces and nephews about family history have made him glad to be “leaving something behind for generations that are not here now....It's kind of nice that I'm creating this legacy for them.”

“The eyes of the world are not on Cuba right now,” Santiago says, as crises in other parts of the world are attracting more immediate attention. But at the same time, he sees an ongoing fascination with the country, particularly as the United States relaxes travel restrictions. “There is still a curiosity about the little island prison where I was born,” he says, adding that there is some interest in his books on the part of the cultural exchange programs that allow Americans to visit Cuba.

With Midnight Rumba on its way in the literary world, Santiago has turned to his next project, one that he has not decided whether to self-publish. The Weight of My Shadow extends his exploration of the Cuban-American experience into the 1970s. The book, Santiago says, is “about the moment the Cubans in exile realized they were not going home.”

There are times, Santiago admits, when he asks himself why he does not write “something supercommercial” instead of work that draws so heavily on his personal experience. But he is satisfied with the responses he has gotten to both his traditionally published debut and his self-published sophomore novel. “In order to do the kind of work I do, that most writers do, you have to make yourself very vulnerable,” he says. This opening of himself to professional vulnerability has brought its challenges as he brings his work into the world, but it has also left with an appreciation for the many different paths publishing success can take. “I kind of live from miracle to miracle,” he says.

Sarah Rettger is a writer and bookseller in Massachusetts.