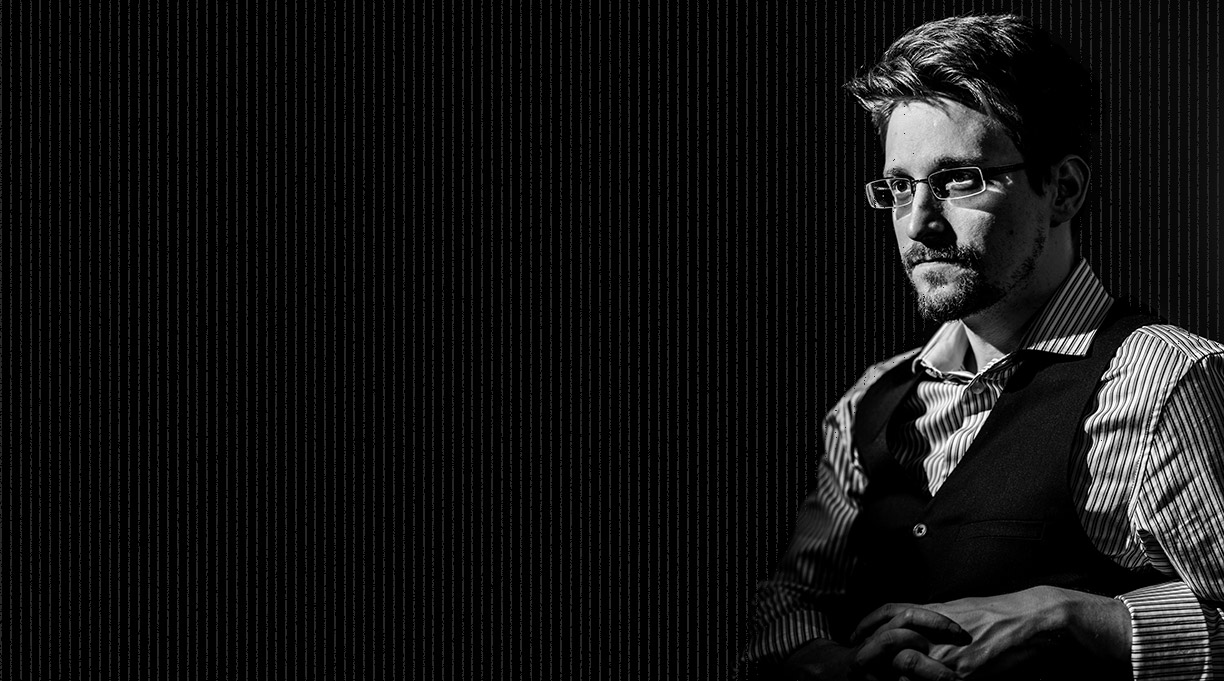 Edward Snowden didn’t set out to become a household name. A retiring person, more at home with computers than people, he joined the CIA as a young man and later went to work for the National Security Agency, mixing time on the Beltway with assignments abroad as an IT guy. He discovered that his bosses, as he writes in his new memoir, Permanent Record (Metropolitan Books, Sept. 17), didn’t understand a key fact: The higher a “computer guy” rises in the organization, “and the more systems-level privileges he has, the more access he has to virtually every byte of his employer’s digital existence.”

It was true of Snowden, and when he came across mountains of evidence that the intelligence community was gathering data on ordinary citizens, he revealed it to journalists Laura Poitras and Glenn Greenwald. That act immediately propelled him into the headlines in the spring of 2013. Soon afterward, hunted by his former colleagues, he left the country but was stranded in Moscow on the way to Latin America after the U.S. government revoked his passport. Six years later, he remains there, with three pending charges awaiting him back home, two under the rubric of the 1917 Espionage Act, which would mean the possibility of immediate long-term imprisonment without the benefit of a public trial.

Speaking to Kirkus Reviews through a back channel befitting his former profession, the 36-year-old Snowden notes that he revealed that evidence to journalists for a reason: They would act as filters and help determine which of the thousands upon thousands of pages of data was relevant and worthy of publicizing. “I could have posted a bunch of NSA documents to the internet, and I probably could have done that without even leaving my job or getting caught,” he says. “Why I didn’t—why I decided to go to journalists and avail myself of the freedom of the press—is a major topic in the book.”

That book is a carefully written blend of memoir and exposé. Snowden argues that the Bill of Rights and other foundational documents were meant to serve as restraints on a government that is forever inclined to amass more and more power. Those documents, he argues, are “an anti-efficiency manifesto” to brake such inclinations, written by people who saw where too-powerful government could lead.

The intelligence community for which he worked does its job in a different spirit: It knows that knowledge is power, and it seeks to know as much as it can about enemies foreign and domestic; real, potential, and imagined. Snowden notes that other institutions still act as checks on our spies: “Several times in the last few years, the Supreme Court has recognized that the Fourth Amendment still applies in the digital age by holding that police need a warrant to track the locations of our phones or place GPS devices on our cars or search our phones after an arrest.” In Permanent Record, he writes repeatedly of his respect for the Constitution, the document that enshrines such protections and that makes the work of law enforcement, by design, harder and less apt to be capricious. The fact that he kept a copy close at hand and read it on lunch breaks at his NSA desk, he writes, “freaked out my co-workers.”

The Fourth Amendment, Snowden holds, is on his side. Even so, he harbors few illusions that in an era of mass surveillance—part of the intelligence community’s sweeping response to 9/11—organizations like the CIA or the NSA will ever be held to account or honor the Constitution that they are pledged to preserve and protect. The temptation to violate it is too great; as an intelligence agent, he says, “you develop a disregard bordering on contempt for the opinions of people outside the inner circle. Security-cleared technologists can be even worse, because they have both knowledge and skills that they believe to be exceptional.”

Snowden keeps himself well under wraps at his Moscow home, varying his routes while out and about and disguising his technology to avoid being spied on—and surely such efforts are being made, not just at Langley and Fort Meade, but also in his country of exile, since he hasn’t been shy in criticizing Russia for its “repressive surveillance possibilities” and suppression of democratic protests and movements. Allowing that “there’s no such thing as safe, there’s only safer,” he notes that ordinary citizens can make their own activities online a little harder to trace. “Everyone should be using encrypted messaging apps like Signal or Wire; everyone should be browsing the internet using Tor; and everyone should be using a password manager (no more ILOVEMOM1234).” After all, he writes in Permanent Record, the little communications devices that we carry with us are nothing but spy machines, keeping tabs on our comings and goings and those with whom we come and go, “census-takers that remember everything and forgive nothing.”

No, Edward Snowden didn’t set out to be a household name, but neither does he seem to have regrets for an act that many politicians have called treason. He begs to differ. He notes that the Espionage Act makes no distinction between someone’s selling secrets to an enemy power or leaking documents to the press as an act of public service—and he certainly considers his revelations to be just the kind of act that benefits a public that has no idea of how much information has been collected on its members, gleaned from emails, phone calls, and other private communications.

“As for a lesson for these readers to take away,” he says, “I hope they will understand that there are no heroic people, only heroic acts, and that every one of them—every one of us—will face moments in life where the choice to act heroically is available. Every one of us will have to decide at some juncture whether to take an easy path that may not align with our deepest values or to choose a more difficult path that is truer to who we are or who we want to become.”