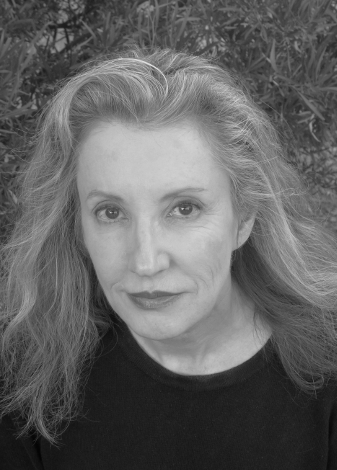 Tucson, Arizona: a place of natural beauty that, in recent years, has fallen into poverty, often showing up on rankings of the poorest cities in America. As Good As Dead, Elizabeth Evans’ new novel, takes place largely in Tucson, and it balances the beauty of the desert with the ugliness of what has appeared there: McMansion after McMansion, all worthless. “It’s all that big box stuff—Wells Fargo and Walgreens—that has popped up and transformed the space,” Evans says. “Yeah, you’re in Tucson, but you could be anywhere.”

In setting her new novel there, Evans wasn’t trying to “use it like Chandler used Los Angeles,” as she puts it. In other words, Tucson isn’t really a character in that way that old movie trailers used to advertise, say, Paris as a character—but setting is very important to her. There’s a scene early in the book when Charlotte, the protagonist, is teaching a creative writing class and giving a lecture on place. As she talks to her students, she kicks a desk and stubs her toe. “You have to feel like the space in which a character moves and lives is real,” Evans says, “and then you have to keep reasserting it. Otherwise, it dissipates.”

Evans speaks of craft with clarity because, like her narrator, she has spent most of her adult life teaching creative writing. As Good As Dead is her sixth work of fiction, but although the protagonist shares certain qualities with the author—including time at the Iowa Writers’ Workshop—Evans insists this novel isn’t more autobiographical than her other works. “I went to Iowa, but my experience was different. I was already a mother at the time, whereas Charlotte isn’t. She comes from a blue-collar background, whereas I was more solidly middle class. Her experience is different. But the subjects I wrote about are close to my heart—especially the friendship between women, the intense closeness they can feel, and the competitiveness: ‘Does my smiling friend really not know she’s sticking a knife in my heart?’ ”

Charlotte’s friendship in As Good As Dead is with Esmé, whom she meets at Iowa. Though they become immediately close, there are differences, especially socioeconomic ones: Esmé comes from worldliness, while small-town Charlotte is young and naïve. Eventually, Charlotte betrays Esmé in a way the latter may or may not be aware of, and the two friends drift apart and stop speaking. Twenty years later, Charlotte is happily married, teaching and toiling as a midlist writer, when Esmé, much changed, appears on her doorstep. Has she learned about Charlotte’s decades-old betrayal? And if so, what happens if Charlotte’s husband discovers her secret?

Evans was interested in the idea of “secrets distorting lives. I didn’t know that so much when I started out.” The kernel of the idea was “a little story somebody had told me about an old friend returning to ask an outrageous favor, and then I started thinking about loyalty and friendship, the debts you might owe to somebody, betrayals…all those topics are fascinating in a personal way.”

Evans has written a contemplative novel on this subject. Yes, the secrets threaten a marriage, but there are few big moments in this book, and the novel avoids an ending confrontation between Charlotte and Esmé, something most readers will no doubt expect. Instead, As Good As Dead is internal, chewing on its material patiently, looking at a character that, in Evans’ words, is stuck, needing to “free herself from secrets [that are] keeping her from fully owning up to who she is and being okay with who she is. It’s a gift, Esmé’s visit. It winds up being a paradox: this thing Charlotte thinks will ruin her life will actually set her free.”

There’s one other key to understanding Charlotte and As Good As Dead, and it’s something that floats through the background without ever quite becoming the focus: Charlotte is a recovering alcoholic, half-deafened after a drunken teenage accident. In some ways, this is the novel’s heartbeat, and like a heartbeat, you only hear it when you really listen for it. For instance, late in the novel, a student’s fevered discussion of David Foster Wallace unlocks something in Charlotte, but not once does Evans mention Wallace’s own famous relationship with addiction and AA—yet this absence somehow makes the strain of dependency in this book even more powerful.

During a particularly fraught scene, Charlotte and her husband visit Esmé’s house for dinner, and Esmé pours a glass of wine for Charlotte. “She’s in danger there,” Evans says, and the danger goes beyond the question of whether Esmé will reveal Charlotte’s secret: the danger is also whether Charlotte’s new troubles will push her back into drinking.

“It’s like her sponsor says: ‘If you went to more meetings…’ There’s probably some truth to that”—but only some, for Evans is too shrewd a writer to offer easy answers. But for a character as lost as Charlotte, maybe the meetings would be a good step: “At least she’d know where to go.”

Benjamin Rybeck is events coordinator at Brazos Bookstore in Houston. His writing appears in Electric Literature's The Outlet, Ninth Letter, The Rumpus, The Seattle Review, The Texas Observer, and elsewhere, and has received honorable mention in The Best American Nonrequired Readingand The Pushcart Prize Anthology.