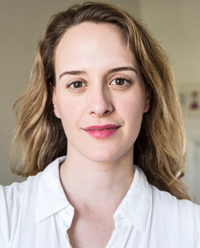 Early one morning in an overcrowded subway car, Bev Tunney faces off with a particularly demoralizing application for a temp job. “What are your grandest aspirations?” it asks, offering three half-lines for response. “She imagined teen Bev filling in the blanks with zero hesitation: 1. Serve God. 2. Marry a good Christian. 3. Raise children in the ways of the Lord. Had she believed these were her true goals, even then? By freshman year of college, the grand aspirations would already have shifted to 1. Read every book. 2. Live as far away from the Midwest as possible. 3. Never turn down an opportunity to get shitfaced,” writes Emily Gould, author of Friendship, a scintillating debut novel.

Friendship’s protagonists are today’s educated, 30-year-old urban everywomen: Bev followed a horrible boyfriend to New York, jettisoning career prospects in the process. Best friend Amy Schein shot to success at Yidster, “the third-most-popular online destination for cultural coverage with a modern Jewish angle,” without managing to become financially or emotionally responsible. When they’re tested in surprising-yet-not-unheard-of-ways—an unplanned pregnancy for Bev, a layoff for Amy—it becomes apparent that the foundations of their lives aren’t quite up to code.

“At drinks with acquaintances and on job interviews, insofar as those things were still happening, Amy had been able to portray her circumstances as madcap and fun—situations someone confident enough not to give a fuck found herself in all the time. The problem was that Amy did give a fuck. She gave many. She hadn’t completely failed to notice that her life had escaped her control,” writes Gould.

She sympathizes with both. “I think the process of writing the novel may be me evolving from being a little bit more of an Amy to being a little bit more of a Bev,” says Gould, who famously edited Gawker before leaving to write (And the Heart Says Whatever, 2010) and co-found feminist publishing startup Emily Books. “Amy looks more like me, and she’s had a similar career path, but a bit more of my soul, or whatever, is in Bev.”

It is Bev who begins to question their friendship, while Amy remains blithely selfish at a time when her friend most needs her support. Whether these two will be able to make it work is Gould’s primary focus, and it may be an uncommon one.

“If you’ve had a best friend—if you’ve ever had a non-romantic relationship be at the center of your life, and have maybe struggled with that person, struggled to stay friends with someone who you deeply, deeply love—this is the book,” says Gould. “I wanted there to be a book that spoke to that, because I couldn’t think of one that was really about women’s friendships or wasn't pretending to be about women’s relationships but was actually about a marriage plot.”

“It’s way too early in the morning. This is above my pay grade,” she deadpans. “I can’t have goals right now.

“No, I actually wasn’t working a full-time job during the period of time that I was writing the book, for better and for worse: For better because the book wouldn’t have been written,” she acknowledges. “For worse because I got into loads of debt and strained my relationship with everyone in my life and was just super miserable. Now I have a full-time job, which is great for not being a total drain on the resources of the world, but it’s bad in terms of really wishing I was writing. So I think my goal with this book is to get to a place where I can be writing again. Because it turns out that it takes a lot of time to write a novel, or at least it takes me a lot of time to write a novel. I was young enough once to think it would be different for me—that I would be able to crack the code and figure out a better way of doing this that no one, somehow, in the entire history of pursuing this art form had ever figured out before—but no.”