The Children’s Hospital Is Haunted 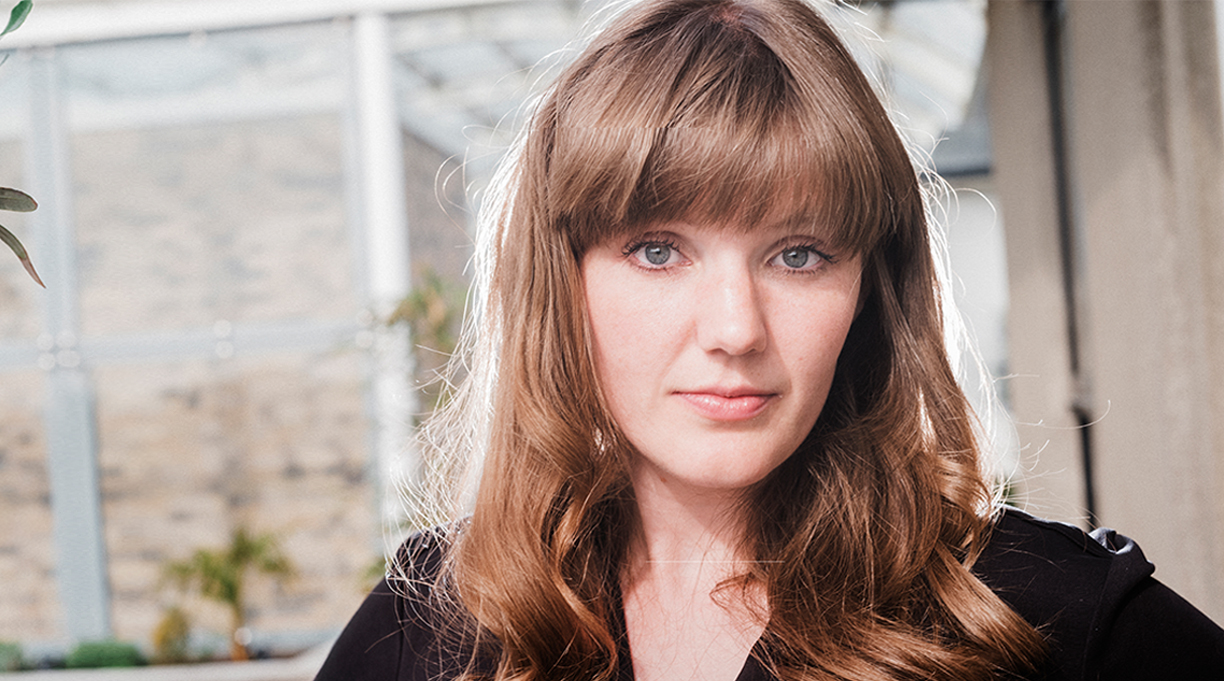 Welsh author Emma Glass has been so busy with her job as a nurse that she almost forgot that her second novel, Rest and Be Thankful (Bloomsbury, Dec. 1), is coming out in the U.S. now after having been published in Britain the day before the country went on lockdown last March. The book tells the story of Laura, a nurse at a children’s hospital in London, and though it was written before the pandemic, it’s easy to imagine nurses right now experiencing the burnout Laura feels working night shifts, caring for dying patients, watching her personal life evaporate. And that’s not to mention the ghost she starts seeing around the hospital. Our starred review calls the book “a heart-wrenching and poetic look at a profession that deserves more literary attention.” We spoke over Zoom; the conversation has been edited for length and clarity.

Laura gives everything of herself to her job. Is that what it’s like for you?

I have on occasion given blood for my patients, and not as in having gone to the blood bank. When I worked as a specialist for infectious diseases, some of my patients would need sets of control bloods to be sent alongside theirs to help with diagnostics. And I stuck my arm out, and people have bled me. And that’s a silly example, but it’s blood, sweat, and tears.

You’re a nurse at a pediatric hospital in London and you’ve written two novels. How did you get here?

When I was 18, I was packed off to university. I didn’t really want to go because I didn’t know what I wanted to do. My parents said I should do a degree in English because it’s just a good, solid core subject that can open doors. But when I graduated in 2008, all the doors were shut because of the recession. My mother’s a nurse, and she said, “You’ve got a similar nature to me, why not go and do something where you’ll be guaranteed a job?” So I went into nursing that way. And that’s always sat really uncomfortably with me, actually. Most of the people on my course had always wanted to be nurses. They had these very caring personalities, they love people, they love kids, they really see themselves in that position. And I was there because I needed a job, and I carried around a lot of guilt for that. But then I remember my first placement, walking in and introducing myself to the patients, and I immediately had a sense of belonging. And any idea that I was there for any other reason than to care for people just disappeared immediately.

How did you have time to write two novels?

I was writing Peach, my first novel, as my dissertation piece in university. I had planned to go back and do a master’s and finish it then, but that didn’t happen. So it was in the back of my head, Oh, keep writing, keep writing, but then I got flung into nursing, and there is no time. You know, priorities change. For me, being creative and writing are really self-indulgent, and I didn’t feel like I deserved that until I’d been in London for about a year. And writing came back because I needed an outlet.

What’s the genesis for Rest and Be Thankful?

The crux of it was a ghost story I was told on my induction at the first hospital where I worked in London. The person leading the induction was really funny. She said, “You know, we’ve got a rich Victorian history in this particular hospital, and that comes with some superstition.” And she told the ghost story that features in the book, about a nurse who threw herself off the stairwell of the nursing accommodation—where I used to live, actually, and where Laura lives in the book—and she was said to haunt the wards. People have seen the ghost over the years, and she’s in Victorian nursing dress, and it flutters and makes this crispy sound as she goes along.

Did you ever see the ghost?

I don’t believe in ghosts, but there were a few things that happened to me there that you could classify as unexplainable. And it’s funny, all of the nurses I was working with, everyone had a story but none of us ever admitted to having seen the ghost. But I hooked on that idea of writing a ghost story. The focus was never really writing about nursing, it wasn’t about giving you a glimpse of what it’s like to be a nurse, because I don’t really do that justice. I write about the very worst bits of being a nurse—and some of the best bits, like the connections with the families. But I don’t write about all the funny stuff that happens and the goofy jokes and the really creepy clowns that I can’t bear. If somebody says the words “Doctor Clown,” I’m out! There’s loads of joy that happens on the children’s wards. And for me, the bit that I love most about being a nurse and a writer is when the two worlds collide. Whether I'm speaking to a parent or a child, every day, in some form, I will get to be creative in the way I express myself or explain the situation. If the children are having a procedure or something scary is happening, you automatically make that into a story. It’s imaginative; you use different words for different things so they don’t feel scared.

Your prose is intense and poetic. Who are some of your literary influences?

Joyce and Gertrude Stein are the ones who are, for me, so far apart from any other writers. In particular, Stein’s Tender Buttons is the biggest influence—it’s the obscurity, but it’s the beauty, and it’s the short sharpness, which I have arguments with people over in terms of how I end my own books. I don’t like them to go on. I also really love Shirley Jackson and how she uses atmosphere to create the scariest ever moments in the English language, in my opinion. I don’t want this to sound bad, but I’m not a big reader, certainly not this year. I find it’s been so hard to read anything, but I guess a lot of people feel that way.

Rest and Be Thankful feels like the perfect book to read in this time of short attention spans, because it is so short and sharp.

I love anything short. Lydia Davis and Carmen Maria Machado are also big influences because they deal with women’s trauma. And whatever I write, I always wanted to highlight women who are struggling or who have had hard times and how they come through those.