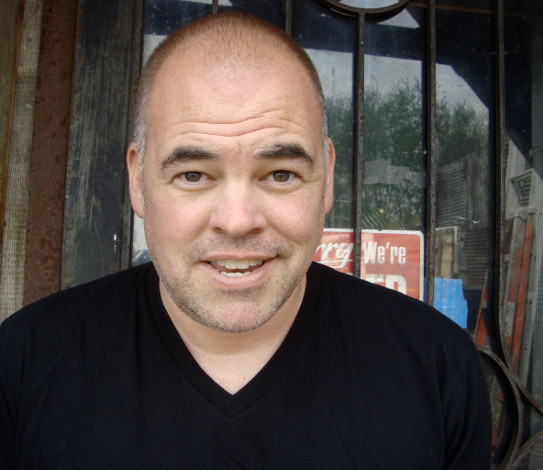 Photograph of Mathew Quick courtesy of the author.

When Matthew Quick began writing in his voice, he didn’t know much about Leonard Peacock. The voice was troubled, angry and sarcastic—atypical of Quick’s past characters—but he stuck with it. “I realized I was starting to process a lot of feelings I had both as a former teacher and a former student,” Quick says.

As he continued writing Forgive Me, Leonard Peacock, the portrait of a confused, abandoned teenager emerged. An outsider, Leonard has been cast aside by his father, an aged, wannabe rock star; his mother, a New York fashion designer, completely removed emotionally and geographically from the boy; and Asher Beal, Leonard’s childhood best friend—whom Leonard intends to kill before committing suicide.

Mental illness is a key factor in Quick’s new—and very dark—young-adult novel, an elaboration of the illnesses he depicted in The Silver Linings Playbook (2008), whose film version garnered eight Academy Award nominations and earned Jennifer Lawrence an Oscar. “A lot of people suffer,” Quick says, “even in the year 2013.” The difference between some depictions of mental illness and Quick’s is that the reader becomes emotionally connected to Quick’s off-kilter characters because they are imbued with human emotions and struggles; they could represent any one of us.

“Leonard wants to talk,” Quick points out. “If you give students in conflict a chance to talk about it, they will talk.”

After giving himself a haircut (more mutilation than manicure), Leonard leaves for school with a Nazi-issued P-38 handgun in his backpack. Like a scene from the movie Taxi Driver, it is hard to not imagine Leonard as a young Robert De Niro hellbent on a kamikaze mission.

“I never set out to write about this kid who took a gun to school,” Quick says. As an English teacher at a high school outside of Philadelphia, Quick received mental health training and counseled a number of troubled students. “There was a lot of pain,” he recalls. Quick could tell when a student was in crisis, and it astounded him that often, it was the popular, smart students who were the most troubled.

Adolescence, he says, is the time when one is first aware of the realities of murder, mental illness and the darker sides of life. “Leonard is really coming to terms that his childhood is a mess,” he explains.

For Quick, the voice takes over, the narrative unfolds before him, and, as if an innocent bystander in his own novel, it perpetually surprises.

To warrant killing someone—your ex–best friend—requires a deep loathing and resentment. That deep-seated antipathy emerged in the form of sexual abuse. While both boys are barely pubescent, Asher’s uncle rapes Asher on a fishing trip. Upon his return home, Asher unleashes a like torment on young Leonard that continues for two years of sexual, emotional and physical abuse. “He didn’t understand what that meant when it was happening, but Leonard, now that he is older, realizes what Asher did,” Quick explains.

Much of the novel is devoted to Leonard’s emotional goodbyes to the four people in his life that he cares for. In Dickensian style, Walt, Herr Silverman and Lauren are the ghosts of birthdays past, present and future. For it is on Leonard’s birthday that he will commit murder and say farewell to his kind, perceptive Holocaust teacher; a religious zealot he has a crush on; and his neighbor, a chain-smoking old man he issues rapid-fire Humphrey Bogart quotes to on days that Leonard skips school.

During his encounters with these characters, Leonard is raw, naïvely curious and painstakingly happy. After trading Bogart lines, he smiles; one gets the sense that Leonard, although robbed of innocence and left to suffer, is still a child yearning for praise, attention and love.

The fourth loved one, Baback, an Iranian violin prodigy, is Leonard’s lifeblood. The instrument and its master hypnotize Leonard each day while the school eats lunch. For just those few moments, listening to Baback practice in the auditorium, Leonard is at ease.

“Those experiences were so trivial in the grand scheme of the world, but maybe it was those experiences” that could prevent a teenager like Leonard from pulling the trigger, Quick says. It is hard not to feel sorry for young Leonard as he brings each of the four a present, hinting both at his birthday forgotten and the impending murder-suicide.

“Leonard loves all four of those characters, but he also wants to hurt them,” Quick points out. “There is something that gives Leonard pleasure in this.”

He is drawn to each character for their passion—Bogart, the Holocaust, God, violin. Lauren’s innocence, her godliness, attracts Leonard, but he also wants to steal her innocence, much as his was stolen. Leonard gives his Bogart-loving friend Walt a hat, lies to him about its origin from a Bogart movie set and hastily leaves the old man distraught, confused after inquiring into Leonard’s well-being.

The mind of someone under duress is unstable, uneasy and ever-changing.  Leonard’s intelligence and mental instability are chaotically yet accurately

illustrated by the use (or overuse) of footnotes, often consuming more of the page than actual text.

“I thought it was very consistent with his emotional state of mind,” Quick says. “He is one of those kids that needs adults to know that he is smart.”

Leonard does so in a striking passage where his intimate knowledge of Hamlet is weaponized and results in his AP English teacher bursting into tears. “He uses Shakespeare to prove his own self-worth, to shame his teacher,” Quick says. “It is true that some kids understand literature in a certain way that others don’t.”

Growing up, Quick understood Arthur Miller, Hemmingway and Shakespeare. His parents didn’t read literature, and he knew he had something on them. It was an empowering experience for him and inspiration for Leonard’s proof of genius.

I ask Quick why, in the aftermath of national tragedies at Columbine and Sandy Hook, he’s written a book about a kid with a gun in school. “I feel like you do a disservice if you don’t write about this stuff,” he responds. “I was really reacting to the climate of the country.”

It was important for him to not paint Leonard as a demon but have the reader feel empathy for him. “I would have never taken a gun to school, but some of the problems Leonard went through are…reminiscent of what I went through and what others went through, especially for kids that don’t necessarily buy in to the typical high school,” Quick says.

As a self-described “introspective loner” during primary school and a witness to struggling, emotional students in his days as an educator, Quick understands the impact of caring teachers. “When I was a teacher, everybody immediately started to ask, ‘What’s wrong with education?’ ” Quick recalls. “People don’t ask, ‘What’s going right?’ Who are the teachers in the building that are taking care of the students and preventing more of these tragedies?”

Ian Floyd is a journalism major at the University of Texas at Austin and the features intern at Kirkus Reviews. Follow him on Twitter.