Enjoying That Margarita? Thank a Botanist. 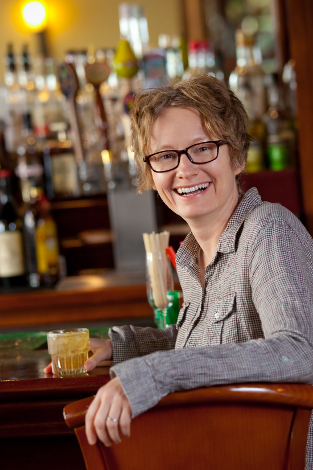 Every great drink starts with a plant. Walk into a liquor store or take a good look at the bottles behind the bar, and consider the fact that you are looking at nothing but distilled and fermented plant extracts.

Many of these plants were introduced to the rest of the world — and into your cocktail shaker — courtesy of some intrepid botanist or plant explorer. So next time you lift a glass, make a toast to the people who made it possible. As you’ll see from their stories, they probably could’ve used a drink themselves.

Drink a margarita for Frédéric Albert Constantin Weber, a surgeon who served in the French military under Napoleon III. While in Mexico in 1866, he collected and catalogued a number of agaves, including one that he named Agave tequilana. A particular cultivar called ‘Weber Blue’ is the only one, by Mexican law, that can be used to make tequila.

Lift a gin and tonic for Manual Incra Mamani, a Bolivian guide who helped explorer and exporter Charles Ledger secure a supply of the seeds of the cinchona tree, from which quinine is extracted. Mamani died after being imprisoned for helping Ledger. His sacrifice gave the world quinine, a treatment for malaria that also adds a bitter flavor to tonic water.

Mix a strawberry daiquiri for Amédée Francois Frézier, an engineer sent to Chile in 1712 to make a map of the coast. He had ne

ver seen a strawberry as large as the Chilean species, and he managed to nurse five plants along during the voyage back to Europe, paving the way for the large, juicy strawberries we know today.

Shake up a Last Word for Joseph Dombey, the botanist who collected lemon verbena in Latin America and had to fight with customs officials in 1785 to be allowed to bring his plant collection to Europe. This bright, lemony herb flavors herbal liqueurs such as Verveine du Velay, and is suspected to be one of the secret ingredients in Chartreuse. A Last Word is a delightful cocktail made up of a half ounce each of gin, maraschino liqueur, lemon juice, and Chartreuse, although I like it better with Verveine du Velay in place of the Chartreuse.

Pour a hard cider for Nikolai Vavilov, a 20th-century botanist who worked to preserve the wild ancestors of the apple tree. Joseph Stalin put him in prison for his views on genetics, where he died in 1943.

Order a lemon drop for Frank Meyer, a plant Explorer for the USDA who spent the early part of the twentieth century trekking through Russia and China in search of better varieties of fruits and grains for American farmers. In 1918, he died during an expedition along the Yangtze River. He introduced the tree we now know as the Meyer lemon to the United States.

Amy Stewart is the New York Times bestselling author of six books on the perils and pleasures of the natural world, including her newest, The Drunken Botanist: The Plants That Create the World’s Great Drinks. Find out more at www.amystewart.com and www.drunkenbotanist.com.