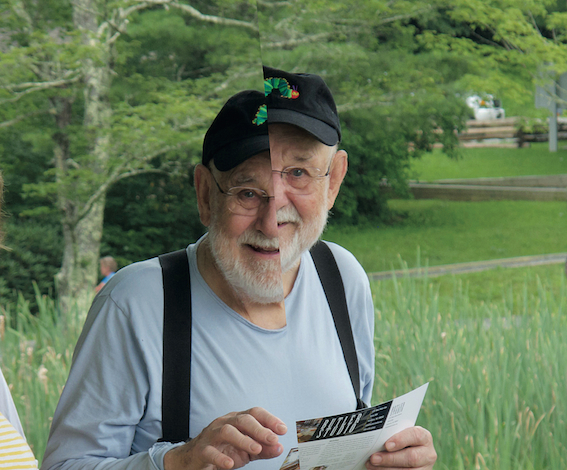 With such early-childhood mainstays as The Very Hungry Caterpillar and Brown Bear, Brown Bear, What Do You See? (the latter written by Bill Martin Jr.), Eric Carle has had a firm place in young children’s lives since the 1960s. Over his almost–50-year career, he has either written and illustrated or simply illustrated over 70 books, his distinctive, bright collage style as instantly recognizable as it is beloved. In recognition of his decades of contributions to children’s literature, the American Library Association bestowed on him the 2003 Laura Ingalls Wilder Medal for lifetime achievement. These contributions are not limited to books; in 2002, the Eric Carle Museum of Picture Book Art opened in Amherst, Massachusetts, partially endowed by the Eric and Barbara Carle Foundation, allowing scholars and children alike to view original picture-book art.

Given such a life a

nd career, it would be understandable if he were to have relaxed into retirement, but no. On Oct. 13, his most recent book,The Nonsense Show, was published. In a starred review, Kirkus held that it “proves that Carle can reinvent himself as a creator in the field….Spread after spread uses nonsensical text and sublimely ridiculous pictures to provoke laughter and head-shaking delight.”

“The Nonsense Show came to me over a long period of time, and I had fun working on it,” Carle informs us in an email interview. “I like these topsy-turvy points of view.” It’s no secret that kids do too, and the book will elicit plenty of chuckles with such scenarios as a small gray mouse walking a large, befuddled-looking cat on a leash and a lion in circus garb, complete with whip, putting a couple of acrobats through their paces.

Kid-friendly these images may be, but they sprang at least in part from the world of fine art; indeed, Carle acknowledges René Magritte on the dedication page. “I appreciate the way surrealist artists like Magritte showed us all in their paintings that you have to keep looking, keeping paying attention. And keep playing.”

Carle pays equal attention to the text of his book, crafting verses that are as playful as his pictures, at times approaching Edward Lear in their wordplay. So how does this visual artist approach writing? “I still think of myself as a designer and came into the children’s book world as a visual person, primarily,” he acknowledges. “Writing the words was something I was less familiar with. But I came to enjoy that part and am usually in the early stages of a book, drawing and writing at the same time. Thinking about the story and the pictures. Interestingly, the words for The Nonsense Show came after the pictures. But then the rhymes came, and it was a fun process to figure out.”

What’s next for the 86-year-old Carle? He’s not saying: “After every book I think it will be my last. But I have come to learn in this nonsensical world that one never knows!” We’ll keep our fingers crossed.

Vicky Smith is the children’s and teen editor
MORE FEATURES