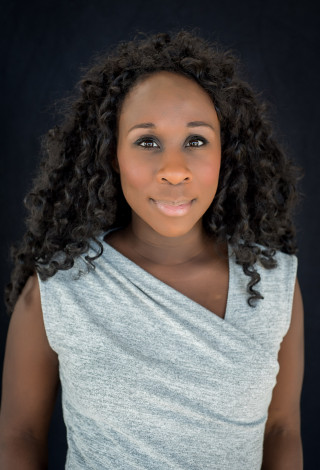 Since her debut, The Second Life of Samuel Tyne (2004), Esi Edugyan has been noted as a writer to watch—a reputation that has only grown with each novel. Samuel Tyne is set in Canada, where Edugyan was born, and is about the life of a Ghanaian civil servant in Calgary. It marked the last time she wrote thoroughly about her native land. It’s also as close as Edugyan is likely to come to drawing deeply from her identity to inspire her work.

“All of the first novel was set on the prairie,” she says. “I’m from Calgary, and that allowed me to dig into the history of a black community at the turn of the century. I’m a black Canadian woman from the West, which is a rare thing, and I wanted to explore African Canadians in the West.”

Reaction to her debut was mixed, evoking assessments like “powerful,” “bleak,” and “haunting.” Educated both at the University of Victoria and Johns Hopkins University, where she earned her master’s, Edugyan earned writing residencies around the world as she completed her widely acclaimed second novel, Half-Blood Blues (2012), about two jazz musicians in Nazi Germany and occupied Paris.

She doesn’t read writing about her work: “Reviews are lovely to get, but even something that’s complimentary will kind of stay in my head so I don’t have a larger awareness of the conversation because I’m kind of neurotic,” she confesses. Even so, she was aware enough of the conversation about Half-Blood Blues, which, after all, isn’t set it Canada, to notice an intriguing reaction to the novel in her native country.

“From what I understood, there was a little reaction of, ‘Why are you writing this, where are we in this?’ ” she recalls. “Novelists from other countries can choose their subject matter; they don’t have to consign themselves to writing about their own countries. I think it’s not the most valid criticism, especially since I had just written a whole novel set in Alberta.” But Half-Blood Blues was shortlisted for the Man Booker Prize, and Edugyan won the 2011 Giller Prize, Canada’s most prestigious literary prize for excellence in fiction, among a number of other accolades.

Her new novel, Washington Black, is also longlisted for the Booker. Washington Black is a highly imaginative tale told from the perspective of George Washington “Wash” Black, a young slave in Barbados born under a cruel master with a quirky brother who takes the young servant under his wing under the auspices of helping with his other-worldly, air balloon–like device, the Cloud-cutter.

The narrative is beautiful and clever, which is hard to imagine given the brutality and trauma of slavery, to say nothing of how many stories of servitude have already been told. Readers have not read a story like this, though. Washington Black imagines a kind of dangerous creative freedom and liberation for a boy slave with agency. He is a character without fictional historical precedent.

Edugyan drew inspiration for Wash, who moves uneasily from the restrictions of slave quarters into a more fraught freedom based on his talents, from the fascinating real-life drama of a man named Andrew Bogle and the Tichborne Claimant.

Bogle was a slave who turned up as a supporting witness during the Tichborne trials that captivated Victorian England during the 1860s and 1870s. Roger Tichborne, a 25-year-old heir to his family’s fortune, was believed to have died in a shipwreck in 1854, but his mother held out hope he was alive. A man using a false name—referred to as the Claimant—called on Lady Tichborne to convince her that he was her long-lost son. She sent a servant—Bogle—to see if he was telling the truth, and the impersonator convinced Bogle to vouch for him. They eventually traveled away from the plantation together, before the impersonator was found out and imprisoned after the trial.

“These are really interesting details about the trial, what it was like for him to go from one world that was brutal to this very different world, where he would have been quite alien,” Edugyan says. “That desire to cast my gaze on a man seeking his place in the world took over the narrative. I became more interested in the trial and created a whole new world.” That choice is a rewarding one for the reader, with a visceral narrative.

As her profile and fan base have grown, both in Canada and beyond, so has the chorus of voices calling for her to write women protagonists, which she has only just started to do—and is enjoying immensely. “This has been a huge question in Canada. I was at a literary festival in Nelson, and after I finished my reading, a woman said, ‘You know, women’s stories are important, too.’ She was really upset.”

That moment called to mind, for Edugyan, a necessary distance from her identity so she could draw upon her imagination. “For me, really, the material is what gives me the entrance or the point of view. All of my novels would be intensely different if written from a female perspective. But I also think what’s going on is that I’m not someone who writes from my life at all.” Writing about men gives Edugyan “some extra distance” to her work. “It enables me to come out of my shell, as it were. There’s an incredible freedom in writing about someone who is entirely different from you—to divorce the character from myself in many different ways is how I’m able to free myself up to claim such a different voice.”

Joshunda Sanders is an author and educator in New York City.