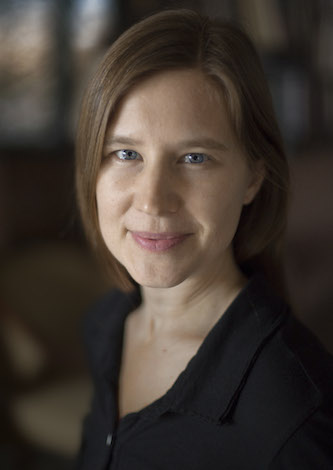 “The personal is political.” I was reminded of this one-time feminist slogan as I read Eula Biss’ new book, On Immunity: An Inoculation. Biss’ previous book Notes from No Man’s Land, a collection of essays, explores the way race and class, social responsibility and privilege entered into the social equations of Biss’ life as a young woman moving around American cities. On Immunity continues in this first-person vein. Biss takes us through her contemplation of whether to vaccinate her toddler son, taking up the moral issues surrounding vaccination, manifesting the original idea behind the “personal is political” dictum—that the decisions that mothers make in the home affect society at large. Over the phone, while sitting in her car after dropping her son off at summer camp, Biss explains that while contemplating her son’s vaccinations and writing the book, “one of the things that became apparent to me is that if I really believe in living with a sense of social responsibility, I was going to have to apply that belief through my son’s body.”

This gravitas pervades Biss’ description of her journey from skepticism of vaccination to championing it as a way of protecting the weakest members of our society. Conversations with other upper-middle-class mothers who the author considers her social equivalents, 18th-century medical history sources and descriptions of consultations with her son’s doctors all move through Biss’ bunk detector. She lays bare the assumptions both she and her sources make about class privilege and paternalism and tries to sort between medical facts and ungrounded extrapolations—and this process drives her story. “I was really interested in the way that misinformation travels between people and social groups,” Biss says. “I was intrigued by the way a rumor of a particular vaccine could catch fire and travel just by word of mouth through a group of friends and could make a number of people hesitant about a particular vaccine.”

Biss’ dissection and scrutiny of intimate conversations with her friends and family would seem unduly harsh if it weren’t clear that one of her major observations is that it is difficult to think about and research vaccinations scrupulously. Biss highlights the laboriousness of the process of conducting her research, reinforcing a point that the amount of time and effort required to make an informed decision about vaccinating is too burdensome for most people. Biss admits that if thinking about vaccination weren’t her job as a writer, “it would have been easy to have paused in the haze of misinformation and allowed that to be what informed my decision.”

Even with the best of intentions, comparing friends who refuse to vaccinate their children to vampires of the social body (after a few metaphorical steps) is a brave thing to do. Biss admits that she was nervous about some of her friends reading her book but also mentioned that she was surprised to find that even friends who disagreed with her about vaccination have reacted positively to the book. She points out with a proud note that one friend who was previously against vaccinating her kids even changed her mind after reading it. “I don’t think we’re in a culture that encourages people to change their minds,” she says, “and I changed my mind in the course of writing the book too, so it was exciting to me to see another person going through a change instead of digging deeper into their stance.”

Biss is not shy in On Immunity about advancing her arguments, yet her tool of choice is not didactic language but poetry. She wields a variety of metaphors to widen the discussion about vaccination from individual experience to parents at large—vaccinators as vampires, vaccination as an act of war, for example. Biss constantly tests those ideas, teasing out the

ir problems and capabilities. I called her book an “ecosystem of metaphors,” and she seemed delighted. “I love the idea of an ecosystem of metaphors because it did happen that the metaphors started talking to each other and coexisting in interesting ways,” she says. The trickiest metaphors for Biss to render were related to vampires. She first came upon one while reading 19th-century vaccination pamphlets, in which vaccinators were portrayed as vampires. Biss brings up the metaphor several times in her story, probing it in new ways based on the information she gathers about vaccination. By the end of the book, it has reversed. “The vampire, and this is really only suggested not overtly stated, has become the person who refuses to be vaccinated,” Biss explains. “That is the person who is feeding off the social body and has a predatory relationship to other people’s bodies.”

One thing On Immunity imparts is that writing in a way that fully embraces the “personal is political” requires taking no shortcuts. Biss’ discussions are both original and complex, which means that her readers must be up to the challenge of staying along with her for the journey. In this way, she is similar to Susan Sontag, whose works Illness as Metaphor and AIDS and Its Metaphors inspired Biss. Yet Biss’ attitude is quite different from Sontag’s. As a key hidden influence, Biss lists Voltaire’s Candide, whose subtitle, Biss points out, is Or Optimism. “I felt that my book was an argument for a certain kind of optimism, for us to be optimistic about our fellow humans. And I think that’s not necessarily a popular stance, especially for people who consider themselves well-informed.” Even for the readers who remain skeptical of vaccination, there’s a reward at the end of Biss’ book, a lovely metaphor of our bodies as a garden within the garden that is the social body. You sense that Biss has been cultivating its rhetorical and emotional impact from Page 1.

Alexia Nader is a writer in San Francisco and a senior editor of the Brooklyn Quarterly.