An interview with Evan Knapp 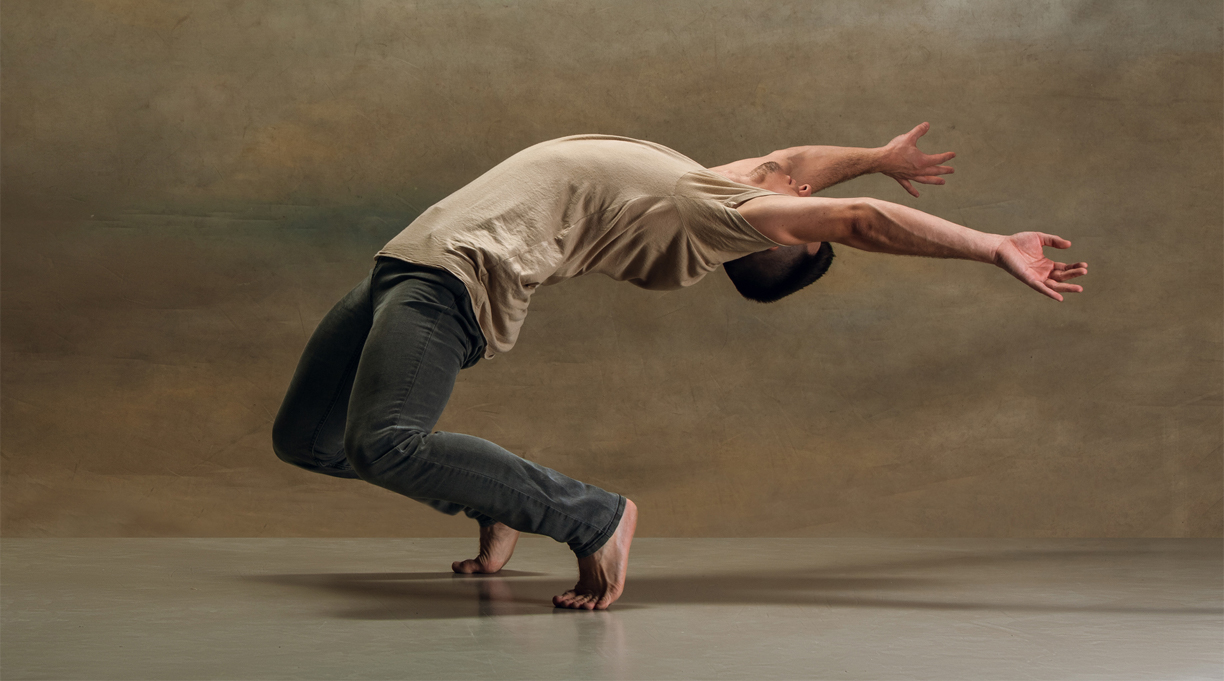 Portland, Oregon–based author Evan Knapp has always dabbled in writing. “Sometimes, when I couldn’t get it out through dance or collage or crochet, it did come out in words,” he says. “I did get one short story published in 1990, but then I was busy with dance.”

About four years ago, the 52-year-old author retired from his dance and choreography career, and after “a really horrible divorce,” he went to college to earn a performing arts degree. “After I stopped doing performing arts, I got a piece of paper saying I could do it,” he says with a laugh.

But he got much more than that. As part of an independent-study memoir-writing class, he began writing what would become his first book, 2019’s Where There Is Movement, a poignant, funny, and raw memoir that Kirkus calls a “lively account of youth culture [that] adroitly evokes its time.”

That time is the 1980s, when the author was discovering both his love for dance and his love for men. Neither was easy for this son of a kindergarten teacher and a college music professor in Corvallis, Oregon—a place where the artsy and rebellious often were bullies’ favorite targets, as Knapp describes:

I was singled out because I hung out with the edged-out, the thespians, the smokers, punks, mods, the Wave-os, the dancers from my third period dance class—you could take it instead of P.E.—and I ran with my packs outside of school, buzzed on clove cigarettes, sharing one or three wine coolers among us, listening to Suicidal Tendencies, Oingo Boingo, Siouxsie Sioux, David Bowie, Bauhaus, Bronski Beat, Black Flag and Christopher Cross on a suitcase-sized boom box.

At 16, the author realized that life in the small city wasn’t going to lead to the future he wanted. “I ran away, most definitely,” he says. “I didn’t realize it was going to shape the rest of my life, and that’s why I chose to write about it. It was a very pivotal decision that I hadn’t really thought through. I wanted to be a dancer, and it wasn’t going to happen in Corvallis.”

His memoir chronicles a dramatic two months in which he discovered the exciting but often seedy and dangerous new-wave underground in nearby Portland. He covers it all with a disarming mix of candor and humor and with a healthy dose of pop culture thrown in:

I took to partying like a Punky to Brewster. Beer became my preferred poison because I could gauge it, pacing myself on what I called liquid bread, instead of the 80-proof liquor stuff. I could prolong the fun part and sweat out the nasty taste faster the next morning. My brave new world yawed in bright oranges, reds, limp pinks, and puce. Instead of the kid who was just there, I was in the center of it, the cool kid I forgot I could be, the slightly less naive limpet with quick wit and charm.

Knapp doesn’t tell his story chronologically. Instead, his memoir hops back and forth in time, akin to what the author says is the actual way that people get to know each other. “When you meet somebody, you never learn things in order,” he says. “You get the elevator talk first, and then you learn bits and pieces about people totally out of order. That’s why I jumped back and forth so much. That’s how it came out.”

Despite its sometimes-dark subject matter, there’s also a lot of humor, which Knapp says came only with later reflection. “It was not funny at all while it was happening,” the author says. “I think I used humor as a form of self-preservation.” 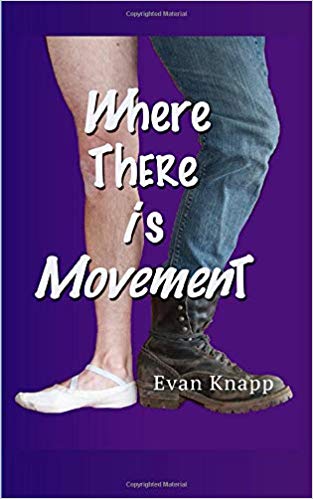 1Where There Is Movement pulls no punches, detailing Knapp’s difficult relationships with his parents, his partying nature, his nearly becoming a sex worker, and, at the end, a devastating account of a rape. “I thought, if I’m going to write this, there’s no holding back,” he says. “I have no regrets….I don’t think I’ve written about anything that people haven’t done themselves or are not familiar with. I just told my story.”

Through everything that happened, Knapp studied his craft, which led to a successful 30-year career in live theater as a dancer, choreographer, and producer. He worked extensively in Portland; Los Angeles; Washington, D.C.; and New York City, including stints in the Radio City Music Hall Christmas Spectacular and as choreographer of 2005’s The Last Days of Cleopatra for the New York Fringe Festival. He also taught dance at California Ballet and San Diego State University, among other places.

Writing, to him, is a natural extension of the dance world. “It’s choreographing with words,” says Knapp, who counts Ray Bradbury, David Sedaris, and Zora Neale Hurston among his favorite authors.

After the events chronicled in Where There Is Movement, Knapp reconciled with his family and is now a “very proud uncle.” “Your priorities change in life,” he says. “After 50, I thought, you know what? I just want to be around my friends and family.”

The author has also been pleased with readers’ reactions to the book. Some identify with the bullying that he endured, he says, while others share similar memories of Portland in the ’80s, and still others relate to his coming-out story or his writing style. “What I love the most is that it’s not the same thing for everybody,” he says. “That makes me so happy. What I made is helpful because people are relating it to their own personal experiences. It just fills me up and is more than I could have ever hoped for.”

It’s because of such reactions that Knapp may write more in the future—something that he didn’t initially plan to do when he wrote his memoir. “This book was more just for me, and I needed to put this out there,” he says. “I didn’t realize it was going to resonate with people the way it has, so I’m rethinking. I want to see where this writing bit goes. I’m really curious.”

Alec Harvey, past president of the Society for Features Journalism, is a freelance writer based in Alabama.