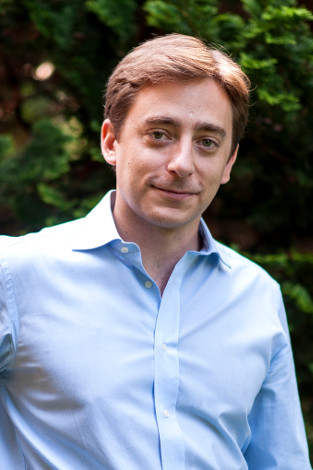 Osnos, a New Yorker staff writer, lived in Beijing for eight years, from 2005 to 2013, and served as the magazine’s China correspondent for five of those years. Age of Ambition is his ground-level view of the planet’s most populous nation at a time of profound change. It’s a Lenin’s Tomb for what may currently be the world’s foremost potential superpower.

It’s a meteoric rise provoking admiration and concern from the current superpower (i.e., the U.S.). “I’m struck by the fact that China is now a part of our focus in the U.S. in ways that it wasn’t in the past, and not always in a positive light,” says Osnos. “Sometimes China can feel threatening to us, and it can feel oddly like they’re doing us better than we do us. They’re taking on bold projects, they’re getting their kids into Harvard—what we think of as very American attributes, like building a highway system across the country. The fact is it’s now a part of our lives that it simply wasn’t 25 or even 10 years ago, when I first went to live in China, and it’s becoming an inexorable part of our future.”

He continues, “In the beginning there is this temptation, because China is so vast as an idea and as a place, to look at it in really broad terms, and I did that—that’s what I was trying to do. The longer I was in China, the more I looked at the smaller details. Why China became so thrilling to me is because of the sheer unpredictability of people’s lives.”

In today’s China, ideas spread with speed and breadth. “Whenever a new idea sweeps across China—a new fashion, a philosophy, a way of life—the Chinese describe it as a ‘fever.’ In the first years after the country opened to the world, people contracted ‘Western Business Suit Fever’ and ‘Jean-Paul Sartre Fever’ and ‘Private Telephone Fever.’ It was difficult to predict when or where a fever would ignite, or what it would leave behind,” Osnos writes. The greatest fever of all, he says, is aspiration. Ignited by loosened economic mores, China is producing winners and losers of heretofore unknown magnitudes: women who made megafortunes in online dating or trash collection; a railroad bureaucrat so successfully corrupt, his giant piles of embezzled cash are actually mouldering (!).

For every headline name, a million others scrape for a spot in the emerging middle class. “It’s a constant struggle as a writer who’s trying to capture this country of such profound contradictions. How much should I be writing about lives that are broadly reflective of other people’s experience? How much should I be writing about people who are living on the margins of Chinese life, intellectually, morally, in all kinds of ways?” says Osnos. “I felt like not writing seriously about the projects of people who are at odds with the state is to contribute to effacing them from Chinese history. If we don’t write about them, what we’re saying is we don’t believe that they matter and they do. For one thing, the issues they’re about tend to reflect the moral concerns of people in China.”

Despite its advances, China’s government may be as controlling as ever regarding party-threatening information. The Central Propaganda Department has one (unmarked) office per 100 people, and prohibits public discussion of matters ranging from corruption to natural disasters. Osnos gives ample time to a trio of dissidents: Liu Xiaobo, the jailed author of a document outlining 19 fundamental political reforms and winner of a Nobel Peace Prize he couldn’t collect; Chen Guangcheng, the blind, autodidactic country lawyer who fled to New York after months of unofficial house arrest; and especially Ai Weiwei, the famous artist whose work tests the limits of an individual’s power at his own peril.

Age of Ambition presents both good and bad, astonishing and alarming—inspiring stories and the brutality of the state. “I wanted to put them side by side, because that’s what it feels like to be in China,” says Osnos. “I want people to understand the place in the way that I understand it, which is that it’s messy, complicated and can be maddening, but is also thrilling.”