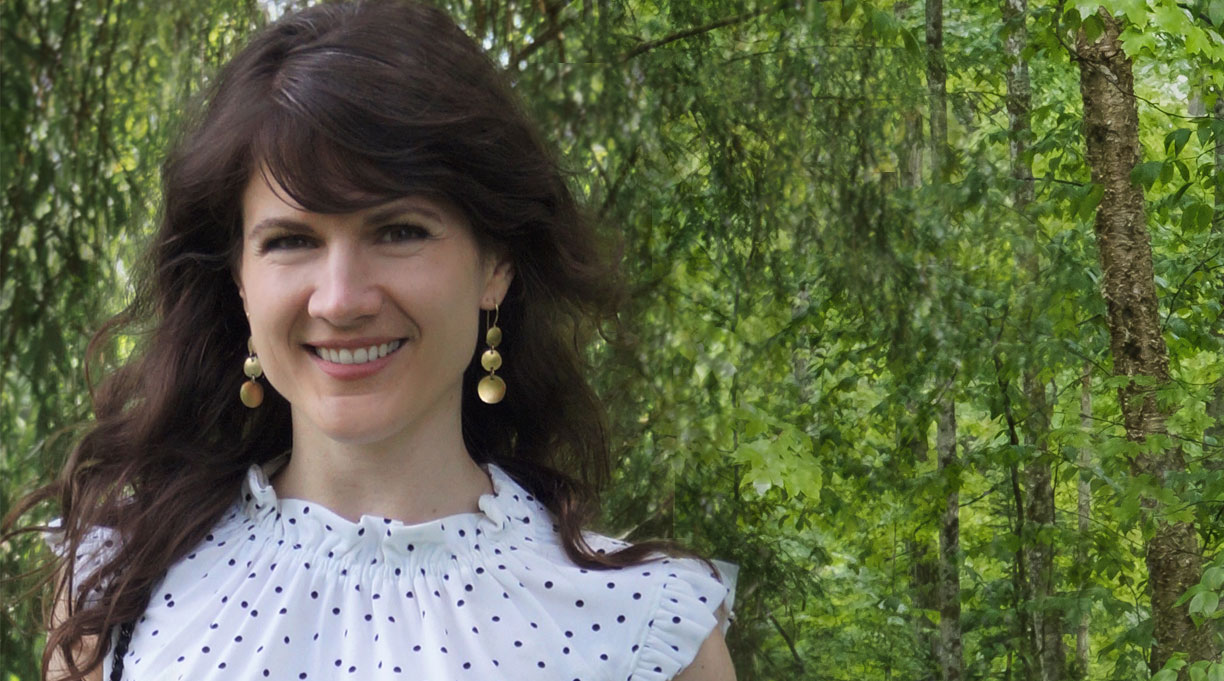 Chances are, if you’re a fan of historical romance, you’ve heard all the buzz around Evie Dunmore’s debut, Bringing Down the Duke (Berkley, Sept. 3), which has received stars and accolades from everyone everywhere (including a Kirkus star).

Given the facility of her storytelling and the beauty of her writing, it’s surprising that Dunmore is a debut author—and that English is her second language. So why write in English? “I began studying English in middle school,” says the author, who is German and lives in Berlin. “Then I studied for my degrees in the U.K. My academic background is in politics and economics, and the Oxford campus is steeped in history. Bringing Down The Duke is, in a way, a combination of all of these elements I love. It’s obviously set in England and just flowed naturally in English.”

Dunmore came late to the romance genre but fell into it with adoration once she did. “I’m a business consultant with long working hours, so I mostly read for escape,” she says. “To me, romance is the ultimate escape because it offers total wish fulfillment. What did Jane Austen say? ‘Let other pens dwell on guilt and misery?’ That sums it up pretty well for me.”

Bringing Down the Duke is the story of brilliant but destitute Annabelle Archer, who receives a scholarship to be among the first women to study at Oxford, the details of which require her to recruit men of influence to support the women’s suffrage movement. To everyone’s shock, Annabelle accidentally approaches the Duke of Montgomery, the face of conservative Britain.

Montgomery definitely notices her, and pretty soon he’s so distracted by her he’s getting into a conflict with his responsibilities. Will he let love or duty win?

Dunmore says she didn’t exactly set out to write a novel, but the characters kept niggling at her. “Annabelle especially came to me nearly fully fledged. I understood her from the beginning. Montgomery was a little more complicated. He really straddles a fine line between being honorable and entitled. When I first wrote him, he was not a pleasant man. I needed to help him find his moral compass, which, in the final version, is an extremely important aspect of who he is, and why he ultimately wins—and deserves—Annabelle.”

When Dunmore decided to tell this sophisticated and thought-provoking story, she hadn’t studied writing at all. “I wound up taking a beginning course online and then entered the New Writers’ Scheme from the British Romantic Novelists’ Association.” The program offers new writers a critical review of a manuscript, which encouraged Dunmore to brave the publication journey.

When done well, historical romance novels allow us to reimagine times and places populated by characters who reflect modern ideas and sensibilities. (Done poorly, they can feel inauthentic and anachronistic.) Dunmore manages to tell a story that hits every mark, with historically accurate characters facing realistic social obstacles and emotional challenges; Annabelle and her friends are on the cusp of great social change.

One reason Dunmore studied politics is because she was interested in how good policy-making could address social problems, and she became fascinated by the long-fought battle for women’s rights in England: the right to vote, to own property, to control their own money.

She turned that interest into the basis for her historical fiction. “Not long ago, women were legally and financially powerless in their own lives. Middle-class women were in an odd position. They had little money, but work was considered beneath them. And on their shoulders rested the Victorian strict moral code, which the poor couldn’t afford, and the rich didn’t have to heed. If they stepped out of line morally, they were unmarriageable. Interestingly, there was a real shortage of men—it was one of the factors driving middle class women into higher education, so they could take morally acceptable white-collar jobs.

“At the time, The Duke of Montgomery would have been so far above Annabelle that marriage would have been an incredible scandal,” says Dunmore. “There is historical precedent of dukes marrying commoners, but the idea of marriage was still ruinous.”

And that’s why the novel is such a powerful romance, and why Montgomery is such an successful hero. Not only does he potentially scuttle his political career for Anabelle, he convinces her that it’s absolutely worthwhile to do so. And furthermore, that he’s willing to use whatever political cachet he has left to further the cause of women’s rights. Falling in love with Annabelle, a woman of no means and no power, has raised his awareness of what those things mean, and how they affect her, and, by extension, all women.

Dunmore is deservedly getting high praise for her book, which is eloquently written and deftly highlights the plight of women in Annabelle’s time, but also in any time when women have no voice or agency in their own lives.

Bobbi Dumas reads, reviews, blogs, and advocates for women writers and readers in a variety of places.