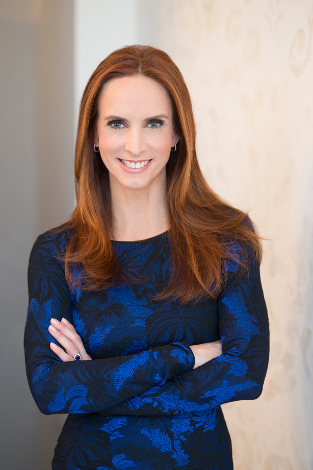 Faith Salie is a natural interviewer. She gives instructions on it in her new book, Approval Junkie: Adventures in Caring Too Much. So it’s not surprising when she answers the phone for this interview, she immediately starts a conversation before I can get to the first question. She is on my Facebook page, and asking me about a photo in which I am playing harmonica and guitar. Then we’re comparing notes about interviewing Joan Rivers. Just like that, we’re talking as if we are catching up instead as journalist and subject.

It’s one of her many skills. Salie contributes regular commentaries to CBS Sunday Morning, co-hosts a monthly series called Science Goes to the Movies, and is a regular panelist on NPR’s Wait Wait…Don’t Tell Me! She’s also a Rhodes scholar and an actress, and now an author. Part of what has driven her to accomplish so much is a need for approval. “I realize that more people don’t get as happy as I do when you go to the doctor’s office and they take your blood and they’re like, ‘You have beautiful, juicy veins!’ ” she says. “I get outsized happiness from compliments.”

An approval junkie, in Salie’s philosophy, isn’t just someone who wants to please everyone. “That’s a people-pleaser, and you don’t make something very interesting of your life,” she says. As she writes in the book, being an approval junkie kept her GPA high and her BMI low. “Ultimately,” she writes, “an approval junkie desires most to please her toughest critic, which is herself.”

By way of illustration, Salie dips into her own life stories in a series of essays on everything from coming to terms with her mother’s death through Ayurvedic treatments, winning “Miss Aphrodite” in her high school pageant, and advice on breastfeeding. Each chapter is very specific to Salie’s life, but the themes of heartbreak and embarrassment are universal, and everyone can recognize how they might be an approval junkie. “When I sort of reframe it, an approval junkie can be someone who keeps stretching herself and surrounds herself with people she admires whose approval is worth winning,” she says, “and ultimately wants her own approval, so people say, ‘Oh yeah, I think I’m an approval junkie!’ ”

Writing the book became a method of self-discovery for Salie, especially as her editor encouraged her to get more personal. “My first draft, I thought, was full of funny stories,” says Salie. “Some with a little more meaning than others. But she kept telling me I needed to dig deeper, and what is this really about?” This (a story about loving eyelash extensions) became a story about Salie’s bond with her friend Karina. A chapter about pet names her former husband gave her became a map of their misunderstandings.

“The chapter about my high school pageant, I thought that would be my Napoleon Dynamite, just a ridiculous, hilarious chapter,” she says. “Why do I like telling people I was Miss Aphrodite 1989? It’s so absurd. I realize I do miss that time in my life when we’re young and we actually think we can kind of accomplish anything we set our minds to by determination and wishing it to be so. Life isn’t always that simple.”

While the term “approval junkie” isn’t gender-specific, Salie does feel that the idea of seeking approval, on a societal level, may resonate a bit more with women. “It seems we have so more different ways for a woman to mother or to choose to work or not to work,” she says. “Or to deal with her hair or her body hair. You name it. There are just more ways for women to figure out how to be approved of or to approve of themselves. And I do think women struggle with it more.”

There have been times when Salie thought of how much easier life might be if she did just one thing. She flies frequently to interview people on location for Sunday Morning, and is in and out of CBS’ New York office working on the final product. When Science Goes to the Movies is shooting, she might tape three or four episodes in a week. And an appearance on Wait Wait always means last-minute cramming. “I live two blocks away from ABC, and sometimes I think, if I were Kelly Ripa and just needed to walk two blocks and do a fun show every day and come home, or if I were on The View, that seems like it would be so simple,” she says. “But then I think about how much else I’d miss.”

Salie was a fan of the show on which she appears before she was an employee, and says she’s honored she gets to do them all, and she gets to learn from them. She wouldn’t want to do just one thing. “I wouldn’t want to just write a book or just do my PBS show,” she says. “Sunday Morning allows me to interview the most interesting people. Even if I do a story on ketchup and mustard, anything that seems prosaic, you start learning amazing things about it. So the short answer is no, although it would greatly simplify my life.”

Nick A. Zaino III is a freelance writer based in Boston covering the arts for Kirkus Reviews, the Boston Globe, BDCWire.com, TheSpitTake.com, and other publications.