Fall Novels Not to Overlook 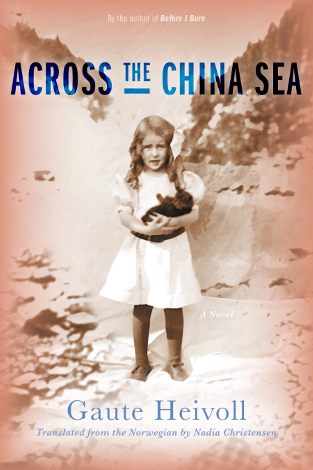 As you start planning your fall reading, be sure to leave room in your schedule for some less-heralded books, such as these novels in translation.

Melville by Jean Giono; translated by Paul Eprile (Sept. 12): “This lyrical novel reimagines Herman Melville’s life and adds a hauntingly atmospheric spin….This isn’t your typical fictionalized life of a writer—instead, it’s an unexpected meditation on the convergence of two literary lives,” those of Giono and his subject.

Across the China Sea by Gaute Heivoll; translated by Nadia Christensen (Sept. 5): “Entering his sixth decade, a faithful son recounts a decidedly unusual childhood….Heivoll takes a Proustian view of the passage of time mixed with a solemnity befitting Ingmar Bergman, though he writes economically and with characters of a kind that do not often figure in storytelling: the mentally disabled, eight of whom are the charges of the narrator’s parents, churchly people with great reservoirs of empathy.”

Katalin Street by Magda Szabó; translated by Len Rix (Sept. 5): “Three families, whose lives are inextricably linked by the street they inhabit, grapple with love and

morality amid political upheaval….Szabó’s quietly captivating novel excavates the tangled history of Hungary’s capital from the portentous moments before the German occupation to its suffocating postwar regime….A visceral, sweeping depiction of life in the shuddering wake of wartime.”

For Isabel by Antonio Tabucchi; translated by Elizabeth Harris (Sept. 5): “This slim novel by the Italian novelist Tabucchi (1943-2012)…is subtitled “A Mandala,” which suggests its structure: one man is journeying through concentric circles of evidence to uncover deeper ideas about truth.”