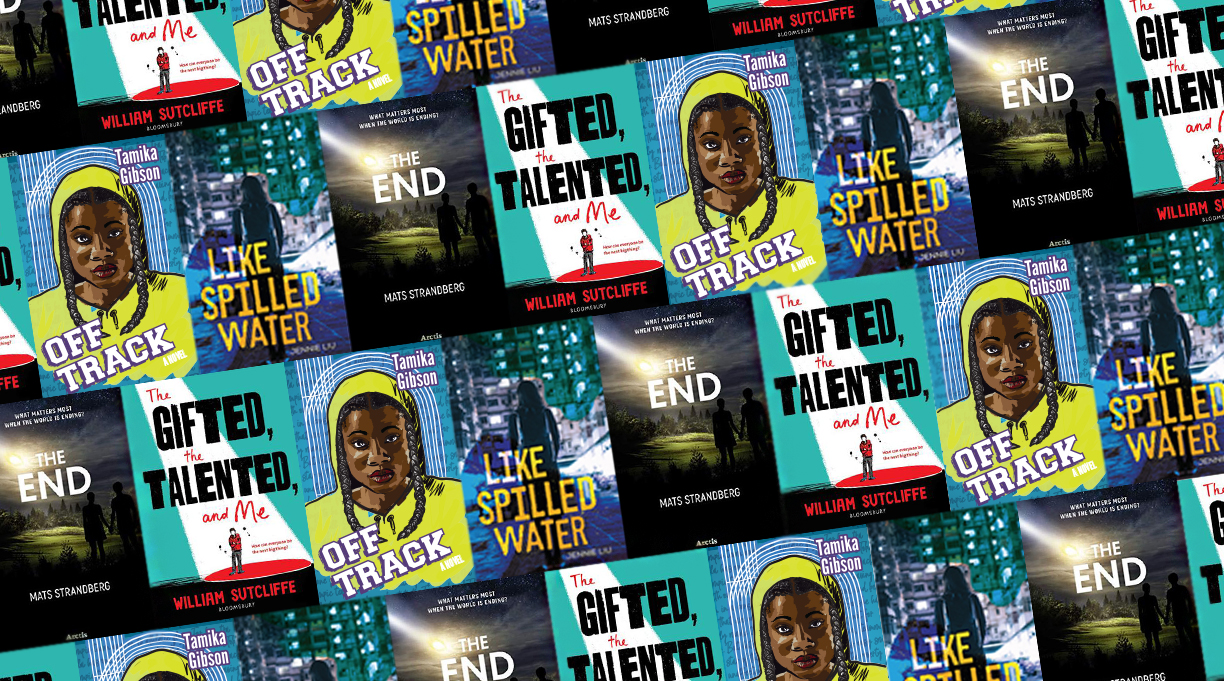 Four YA reads that go beyond our borders are highlights of the fall season:

Like Spilled Water by Jennie Liu (Carolrhoda Lab, Sept. 1) is a character-driven story that introduces readers to a Chinese family in the city of Taiyuan that is grieving a sudden death. Nineteen-year-old Na loved her younger brother, Bao-bao, even as she felt frustrated with the way her parents prioritized his education over hers. But when he dies and she starts going through his belongings, she realizes how much more there was to him than she realized.

Fans of British humor—and anyone who’s ever felt out of their element—will be charmed by William Sutcliffe’s The Gifted, the Talented, and Me (Bloomsbury, Oct. 13), in which hapless middle child Sam is forced out of a life he enjoys very much and made to start over at a new school in London. Throw in a mother who starts blogging indiscreetly about her offspring and you have a recipe for both angst and laughs.

From the co-author of the wildly popular Engelsfors series, Swedish import The End by Mats Strandberg, translated by Judith Kiros (Arctis Books, Oct. 6), takes readers into a frightening pre-apocalyptic world in which people have only a month left before Earth is destroyed by a comet. This intense novel will grip readers as they follow the main characters, Simon and Lucinda, who are coping in very different ways with impending doom.

Off Track by Tamika Gibson (Blouse Skirt Books, Oct. 25) tells the story of runners Kayla and Joel, who hope to represent their home of Trinidad and Tobago at the regional games, where they could compete against the Caribbean’s finest for life-changing opportunities, including a shot at the Olympics. This hopeful, richly textured coming-of-age tale centers on two young people whose lives intersect as they figure out their dreams.