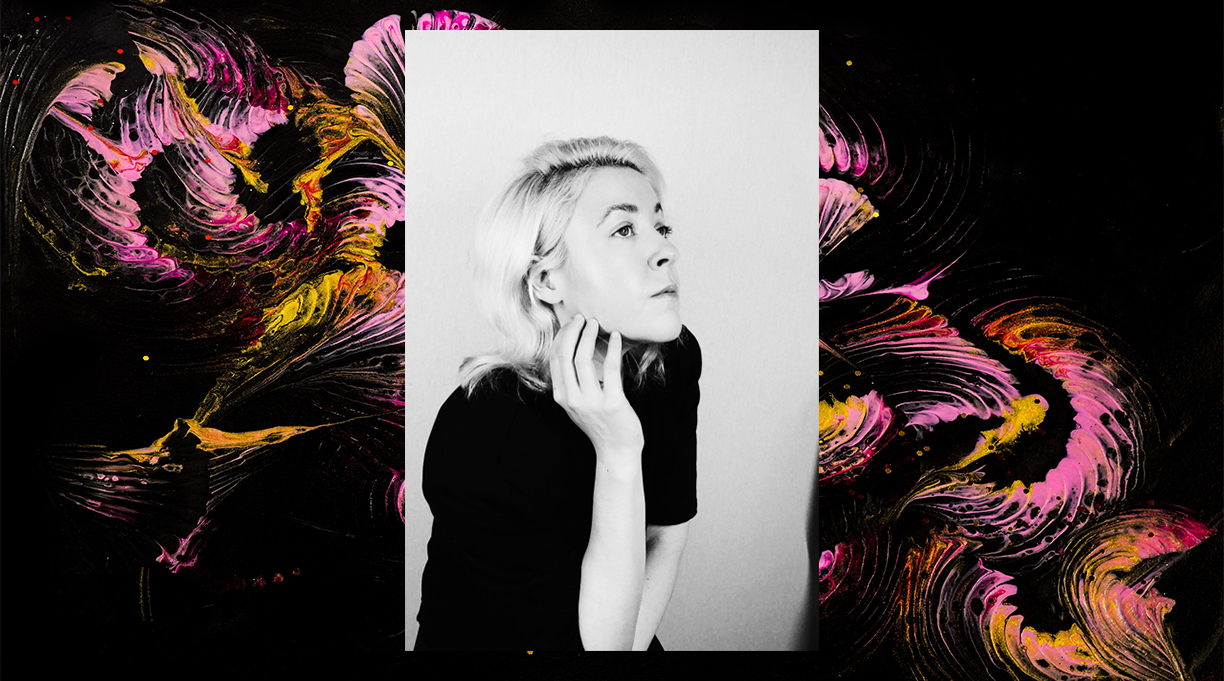 Photo of Courtney Summers by Megan Gunter, background by FLY:D on Unsplash

Courtney Summers, a bestselling author known for gripping thrillers like Sadie (2018) and The Project (2021) that unflinchingly explore social issues, returns with I’m the Girl (Wednesday Books, Sept. 13). She again centers young women finding ways to survive a culture in which powerful, corrupt forces; systemic misogynistic violence; and contradictory norms present them with impossible choices. Sixteen-year-old Georgia dreams of something beyond her small town; despite her late mother’s warnings, she’s sure that working at exclusive resort Aspera, where the whims of wealthy men are catered to, is her ticket out. When Georgia finds the battered body of Ashley, a young teen victim of sexual assault abandoned on the road to Aspera, she’s drawn into a world of secrets and danger—and a relationship with Nora, Ashley’s sister. Summers answered questions over email about her latest.

I’m the Girl deals with heavy, gut-wrenching subjects, but at its heart there’s a deep current of love and triumphant sisterhood.

My writing confronts the ways the patriarchy threatens young women’s bodily autonomy and impacts how they move through the world as well as our own complicity in upholding and enabling patriarchal power structures. My work is often defined by how brutally it portrays different expressions of violence against women and girls, but I believe its impact and emotional resonance stem from my deep commitment to believing women and taking their voices seriously. I’m the Girl is no exception.

Georgia is a character meant to challenge the type of reader who wouldn’t consider themself a misogynist but [who] reaches for victim-blaming rhetoric to justify the response they’re having to her actions throughout the book—because it’s easier to victim-blame than to admit you haven’t completely escaped the influence of a society that actively conditions you to hate women. That might mean you still have some inner work to do, behaviors to unlearn. Part of that work is accessing a level of empathy we’re taught to deny victims and survivors, which is why it was important for me to reflect that empathy in the text. You see it in Georgia and Nora’s relationship, in Georgia’s mother’s fierce, though misguided, protectiveness of her daughter. These acts of solidarity and support might seem inconsequential compared to the systems they’re up against, but they aren’t. They become pathways to greater change.

How do you choose new projects?

I go where my anger leads me. I have yet to write a book that wasn’t informed, in some way, by it. I’m the Girl is based loosely on the [Jeffrey] Epstein case and the fury I felt about the systems protecting him and enabling his abuse of girls.

It's horrific. We must meet censorship with resistance, [continue] to tell stories that need to be told, stand with authors whose books are being challenged, and support the librarians, educators, and advocates who put themselves on the line every day just by handing a book to a reader who needs it.

What meaningful reader responses have you received?

When your work is in conversation with topics like the patriarchy and rape culture, so too, is the response. I think it’s impossible to talk about novels like mine without revealing yourself in the process. My books are meant to offer a space where there’s nothing to lose by believing a girl and responding with empathy, and the readers who choose to do that remind me why I write these stories, especially in the face of responses that more mirror our current grimly misogynistic cultural landscape.

What reading shaped you as a teen?

Robert Cormier’s unwillingness to compromise his stories for the sake of his readers’ comfort was a revelation for me.