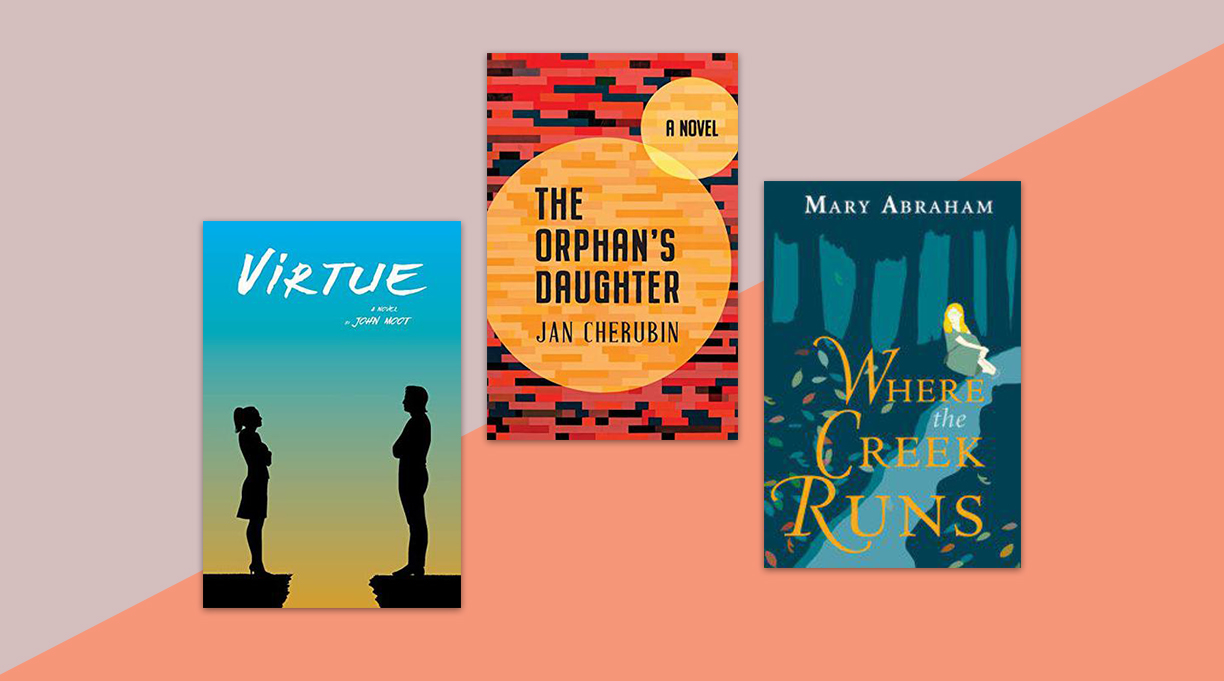 Mary Abraham’s Where the Creek Runs, which earned a Kirkus Star, focuses on the McMolisons of Leaf Creek, Mississippi, from the 1890s to the 1940s. The pregnancy of Bill and Kate’s daughter Hannah, a high school student, sets in motion a series of striking events. The young mother refuses to give up her baby, seeking refuge at her married sister’s house in Hattiesburg. “An impressive tale of a fractured Southern family with richly drawn characters,” our reviewer writes.

The Orphan’s Daughter by Jan Cherubin presents three vivid narratives about a Jewish family in New York and Baltimore from the 1920s to the ’80s. In one strand, Joanna Aronson looks after her father, Clyde, who is coping with cancer. Interwoven into the tapestry are Joanna’s recollections of life in suburban Baltimore in the ’60s with her parents and sister. The third thread features Clyde’s disturbing memories of New York’s National Hebrew Orphan Home. He landed there with his brother, Harry, in 1924. According to our critic, the work—which received a Kirkus Star—presents “an alternately dark and luminous, wounded and affectionate portrait of a family in crisis.”

A Maine philosophy professor named Tom Holder deals with his unhappy family in John Moot’s Virtue. Tom’s restless wife, Hannah, decides she wants to go to law school in Boston. The couple’s two teenage children face their own challenges. Then Tom finds out that his estranged father has cancer. Our reviewer calls the tale “compelling…with convincing, psychologically perceptive writing.”