Fiction That Goes Beyond the Ukraine Headlines 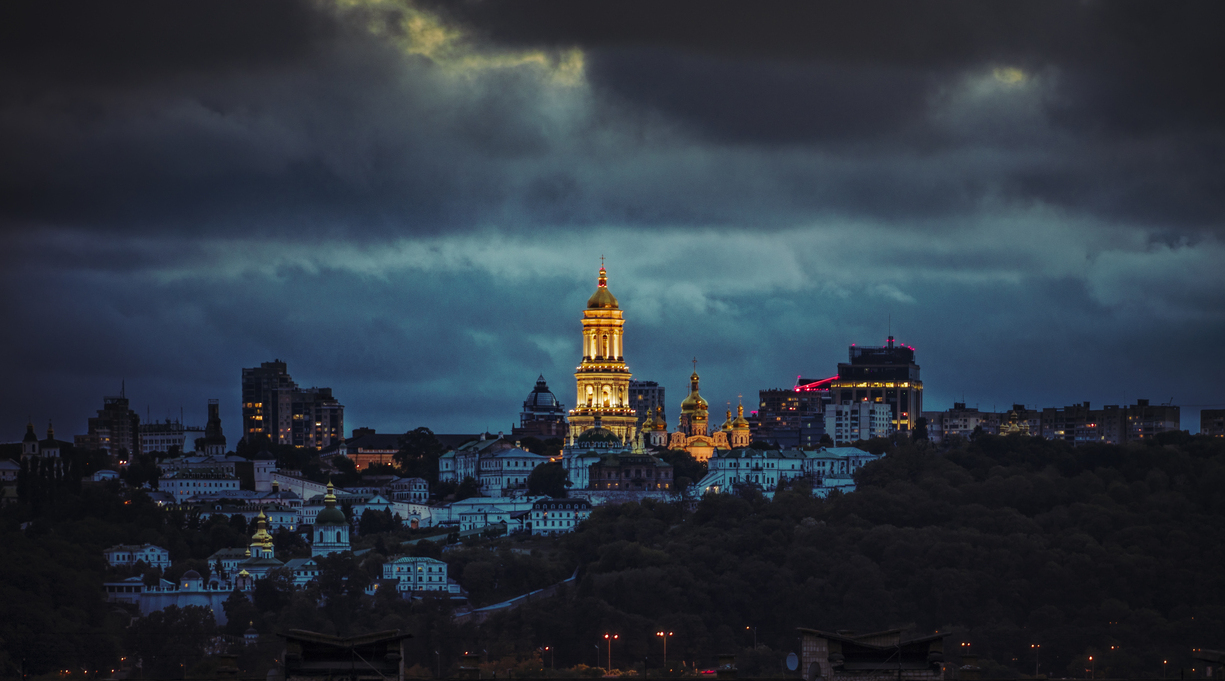 The Kyiv cityscape. Photo by Artem Hvozdkov via Getty Images

As much time as I spend reading newspaper and magazine stories about the Russian invasion of Ukraine, not to mention Instagram posts and Twitter threads, I still find myself wanting to read Ukrainian fiction, to learn more about the country on its own terms.

There isn’t a huge amount available in English, but if you can wait until March 29, Deep Vellum will be publishing Andrey Kurkov’s Grey Bees, written in 2018, in a new translation by Boris Dralyuk. Set in the “Grey Zone,” the no-man’s-land between Ukrainian soldiers and pro-Russian separatists in the Donbas region, it tells the story of beekeeper Sergey Sergeyich, who finds himself one of the last two inhabitants of his forsaken village. Our review says, “Kurkov transforms the abstractions of geopolitics into an intensely human account of compassion and persistence.”

Kurkov is one of Ukraine’s most eminent writers, and some of his earlier books are available in English, too. Death and the Penguin, his best-known novel, was originally translated by George Bird in 2001 and reissued by Melville House in 2011. Like the protagonist of Grey Bees, Viktor Alekseyevich is single and a bit of a sad sack, so when he hears that the Kyiv zoo is having budget problems, he volunteers to take home one of the penguins, who becomes his roommate. To make money, he takes on a job writing advance obituaries for the Capital News—but then his subjects start dying at a surprising rate. “Wistful but (thankfully) not whimsical. Funny, alarming, and, in a Slavic way, not unlike early Pinter,” according to our review.

When Oleg Sentsov’s Life Went on Anyway was published by Deep Vellum in July 2019, its author was in a Russian prison on terrorism charges that were denounced as fabricated by PEN International and other organizations. He was freed in a prisoner exchange between Russia and Ukraine two months later. The book, translated by Uilleam Blacker, consists of eight short stories that “read like slices of a memoir in progress,” according to our review, recalling the author’s childhood in a Crimean village. “Though his ostensible subjects don’t rise above the mundane—his dog, his childhood illnesses, and his years as a victim of school bullies—Sentsov consistently manages to see the world through the eyes of a child while writing, in a disarmingly unaffected style, with the wisdom and sardonic wit of a sometimes-disillusioned adult.”

Oksana Zabuzhko’s Your Ad Could Go Here (Amazon Crossing, 2020) is a book of short stories with five translators: Halyna Hryn, Askold Melnyczuk, Nina Murray, Marco Carynnyk, and Marta Horban. It came out in April 2020, when most people were not thinking about fiction, so now would be a good time to check out these irreverent tales. “Themes of fear, desire, and national camaraderie flow through” them, according to our review. Zabuzhko focuses mainly on girls and women, “female characters with fascinating internal lives and emotional crescendos that land.…Evocative stories about the way national issues impact even the most personal aspects of life.”

And while Mohsin Hamid isn’t Ukrainian, his brilliant Exit West is one of the best novels ever written about the experience of being a refugee. Nadia and Saeed find a fantastical portal that leads them out of their violence-ridden city into first London and then San Francisco, where they try to make a home for themselves in a place that’s completely foreign. It’s “one of the most bittersweet love stories in modern memory,” according to our review, “and a book to savor even while despairing of its truths.”