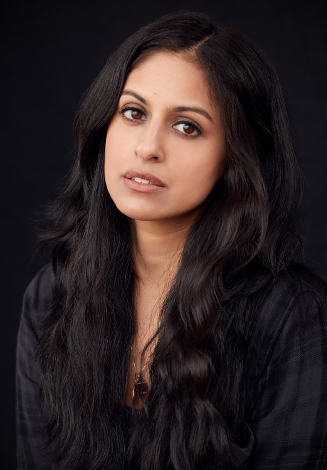 “I like to think of literature and criticism as an act of pushing something forward, of mapping new terrains, internal and external, of doing things with language that reveal something about what it means to read and to live.” —Parul Sehgal, who joined the New York Times’ daily book critics in late July, in the introductory Q-and-A “How a Critic Opens a Book”

“The rejection letters all talk about the fact that the book is too niche, that it doesn’t have a market, and that they cannot see the appeal for it. Basically, in a lot of off-record conversations, too, editors were saying it was ‘too gay.’ ” —Matt Cain, editor of Attitude magazine and author of two published novels, on the homophobia he experienced while shopping an unpublished commercial manuscript about a young gay man who loves Madonna. Cain tells the Bookseller he plans to self-publish The Madonna of Bolton,which, with the support of fellow writers and fans, is rapidly reaching its goal on the crowdfunding platform Unbound.

“I realized I could fix things by writing. I could tell the story of something painful and give it harmony and purpose....[With Tales of the City], people began to realize how benign and beautiful gay relationships could be in the context of art. I do think that’s my chief

contribution to the world.” —Armistead Maupin, author of Tales of the City, a pioneering newspaper column–cum-novels-cum–television series on the subject of gay American life, and the recent memoir Logical Family, in the Washington Post

“I like the early morning because no one’s yet called me up and hurt my feelings. I can write when my feelings are not hurt. If someone hurts my feelings, I’m doomed. —Francis Ford Coppola, author of Live Cinema and Its Techniques, on his writing process at the Arlene Schnitzer Concert Hall in Portland, Oregon. Coppola appeared in conversation with Melena Ryzik of the New York Times, sponsored by Literary Arts.

“I hope that some of the themes that I have tried to tackle in my work, about history—about not just personal memory, but the way countries and nations and communities remember their past, and how often they bury the uncomfortable memories from the past... —will actually be, in some small way, helpful to the climate we have at the moment.” —Kazuo Ishiguro, winner of the 2017 Nobel Prize in literature, in a post-announcement press conference held in the garden of his London home (Guardian)

Megan Labrise writes features for Kirkus Reviews and is the co-host of the Kirkus podcast, Fully Booked.