Finalists for 2021 Kirkus Prize Are Revealed 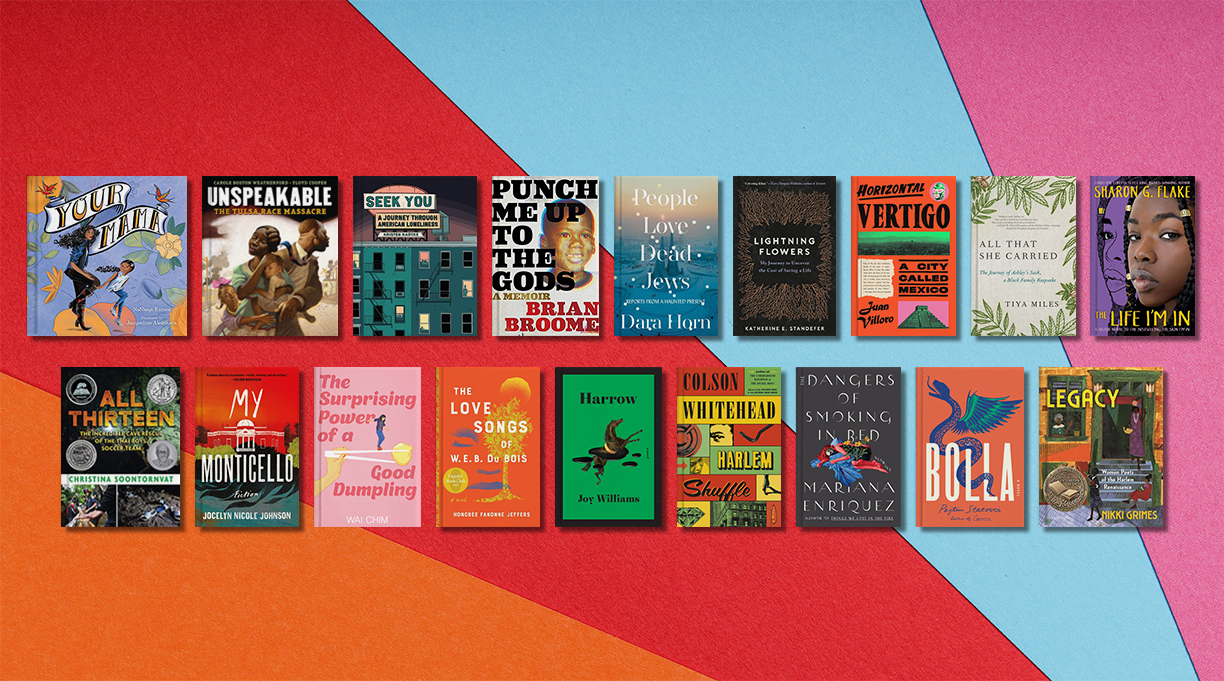 Kirkus announced the 18 finalists in three categories for the annual Kirkus Prize, one of the richest literary awards in the world.

Honorée Fanonne Jeffers was named a finalist in the fiction category for The Love Songs of W.E.B. Du Bois, the novel that shot up the bestseller charts after being selected as the latest pick for Oprah Winfrey’s book club. Colson Whitehead’s hotly anticipated Harlem Shuffle, which will be published Tuesday by Doubleday, made the shortlist, along with Joy Williams’ Harrow and Jocelyn Nicole Johnson’s My Monticello. Two translated books, Mariana Enríquez’s The Dangers of Smoking in Bed, translated by Megan McDowell, and Pajtim Statovci’s Bolla, translated by David Hackston, were also named finalists.

Kristen Radtke’s Seek You: A Journey Through American Loneliness and Tiya Miles’ All That She Carried: The Journey of Ashley’s Sack, a Black Family Keepsake were named finalists in the nonfiction category, along with Brian Broome’s Punch Me Up to the Gods: A Memoir, Dara Horn’s People Love Dead Jews: Reports From a Haunted Present, Katherine E. Standefer’s Lightning Flowers: My Journey to Uncover the Cost of Saving a Life, and Juan Villoro’s Horizontal Vertigo: A City Called Mexico, translated by Alfred MacAdam.

The young reader’s literature category is comprised of a combination of picture books, middle-grade books, and young adult titles. The picture book finalists are Your Mama by NoNieqa Ramos, illustrated by Jacqueline Alcántara; and Unspeakable: The Tulsa Race Massacre by Carole Boston Weatherford, illustrated by Floyd Cooper, the artist who died in July.

All Thirteen: The Incredible Cave Rescue of the Thai Boys’ Soccer Team by Christina Soontornvat and Legacy: Women Poets of the Harlem Renaissance by Nikki Grimes and 19 illustrators are middle-grade finalists, while The Surprising Power of a Good Dumpling by Wai Chim and The Life I’m In by Sharon G. Flake are young adult finalists.

“This year’s roster of finalists is as exceptional as any we’ve seen,” said Kirkus Reviews editor-in-chief Tom Beer. “Our judges have surveyed a remarkably diverse field and identified the books that deserve the widest possible readership. That has always been our mission at Kirkus, and we’re thrilled to further it with this year’s prizes.”

The Kirkus Prizes, which come with a cash award of $50,000, were first given out in 2014. Previous winning books have included Ta-Nehisi Coates’ Between the World and Me, Jason Reynolds’ As Brave as You, and Raven Leilani’s Luster.

This year’s winners will be announced at a virtual ceremony livestreamed from the Austin Public Library in Austin, Texas, on Oct. 28.