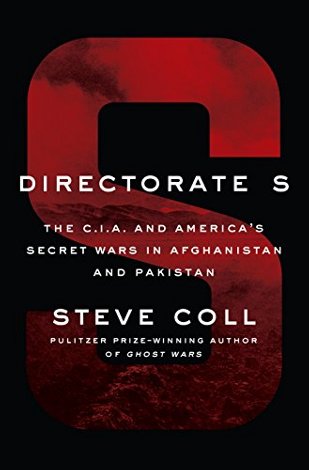 I’ll let our reviews speak for themselves; here are five can’t-miss titles this month.

Directorate S by Steve Coll (Feb. 6): “The acclaimed journalist delivers ‘a second volume’ of the history he recounted in the Pulitzer Prize–winning Ghost Wars….In this era of fake news, Coll remains above it all, this time delivering an impeccably researched history of ‘diplomacy at the highest levels of government in Washington, Islamabad, and Kabul.’ ”

Feel Free by Zadie Smith (Feb. 6): “The author complements her celebrated fiction with an equally compelling collection of essays and reviews embracing literary, art, film, and cultural criticism, amplified by a dissection of the vagaries of modern life….Judiciously political, Smith wears her liberalism gracefully, though with qualifications. She is never less than a formidable intellect, with an imposing command of literary and artistic canons.”

Time Pieces by John Banville (Feb. 27): “Franz Kafka Prize and Booker Award recipient Banville turns nostalgic in this quietly reflective, personal meditation on Dublin. Like the author’s pathologist detective Quirke of his pseudonymous Benjamin Black novels, Banville’s 1950s Dublin is where he begins his walking tour….Told in a conversational style both luscious and luxuriant, this is exquisite work by a master craftsman.”

agent to learn what he can’t in the classroom. Cantú is a talented writer who knows where to find great material, even as he risks losing his soul in the process….A devastating narrative of the very real human effects of depersonalized policy.”

Never Remember by Masha Gessen (Feb. 27): “Moscow-born journalist Gessen, the indefatigable chronicler of the low-grade fever of tyranny, provides a searching text on the prison state that was Stalin’s Russia, accompanied by photographs….A book that belongs on the shelf alongside The Gulag Archipelago.”