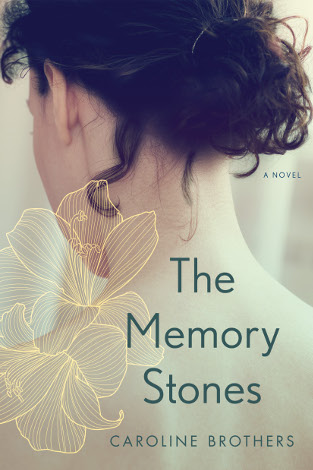 The family of Osvaldo, an Argentinian doctor, is torn apart when one of his daughters disappears without a trace after the coup by the military junta in 1976. Osvaldo fears he may be to blame—he is suspected as a dissident because of a satirical cartoon he published in a newspaper and leaves for France. In a sweeping story of loss and exile traversing three decades, Osvaldo and his wife try to track down their daughter and granddaughter from opposite sides of the Atlantic. Brothers, a New York Times journalist, has mined the true story of approximately 500 Argentinian children born in detention under the military dictatorship, many of whom were adopted by regime-friendly officials. Around 380 of them are still missing today.

Twenty-three-year-old Juan de Vere, the narrator of the novel, is employed as a personal assistant to Eduardo Muriel, a filmmaker in post-Franco Madrid with a prominent eye patch and a magnetic personality. Yet Muriel is inexplicably nasty to his wife, the alluring Beatriz, whom Juan admires from a distance. As Juan spends an increasing amount of time at his employer’s apartment, his role becomes ever more voyeuristic. One night he listens and watches as Beatriz tries to persuade her husband to take her into his bed and hears Muriel spurn her cruelly, telling her he cannot forgive her for a past act. Muriel also sets his young assistant to spy on the mysterious Dr. Jorge Van Vechten, a regular guest who may have “behaved in an indecent manner towards a woman or possibly more than one.” This tale of intrigue and history is written in lengthy, discursive sentences with plenty of humour and sharp observation.

Doughty’s seventh novel, Apple Tree Yard, has been translated into 26 languages and is being turned into a BBC drama starring Emily Watson. From betrayal and violence in modern Britain, Doughty takes us to genocide and guilt in Indonesia in this, her eighth novel. Its central figure is John Harper, who works for an international organization that services multinational companies while conducting covert operations for various governments; he has a shameful secret to hide. The book jumps between the U.S., Netherlands, and Indonesia and back in time from 1998 to 1965 and the genocide of half a million communists and suspected sympathizers. It has invited comparisons with Graham Greene and John le Carré and won praise for suspenseful storytelling and a powerful sense of place.

The French billionaire Altrad was born as a Bedouin in the Syrian desert to a woman who was raped and abandoned by the tribal chief. After her death, Altrad was raised by his grandmother, who wanted him to become a shepherd. Instead, he sneaked into school, then studied in France before venturing to the oil fields of Abu Dhabi. There, he made a fortune and returned to France to create a global scaffolding enterprise that bears his name. His novel Badawi, inspired by his own career, traces the similar trajectory of the Bedouin boy Maïouf and was highly acclaimed in France.

Catherine Hickley is a Berlin-based arts journalist. Her first book, The Munich Art Hoard: Hitler’s Dealer and His Secret Legacy, was published by Thames & Hudson (except in North America) last year.