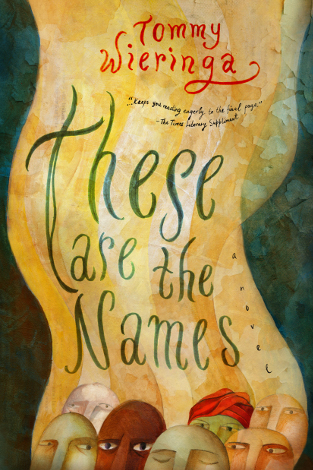 Please Do Not Disturb

In the African nation of Bwalo, “The Big Day” is an occasion to celebrate post-colonial independence and the rise to power of the great king Tafumo,

now an ailing shadow of his former self, isolated in the grandeur of his palace. As the day approaches, Josef, a minister, begins to fear past crimes may catch up with him; Sean, an alcoholic Irish writer with a crazy fiancee, tries in vain to get his life back on track; and Charlie, the ever curious son of the Mirage Hotel’s managers, records strange conversations he doesn’t fully understand on his new dictaphone. A colorful cast of hotel-bar expatriate drifters watches and partakes as farce and tragedy combine in this darkly entertaining portrayal of the end of a corrupt and violent regime.

A young British photographer captures an image of a helmeted American soldier staring blankly into the distance after his platoon has wrought terror in a Vietnamese village. The arresting photograph becomes famous, an iconic image of the war. It earns Jonathan, the photographer, enough money to move to Tokyo, where he is haunted both by the horror of Vietnam and by the suicide of his father, a World War II veteran. He earns a living  teaching English and meets Kumiko, who becomes his girlfriend, and later encounters Jim, the subject of his photograph. The three are all linked by war trauma (Kumiko’s grandfather is slipping into senility and tortured by memories of World War II battles in the jungle). The camera becomes a symbol of Jonathan’s detachment: he observes life but seems to operate on its fringes.

These Are the Names

Wieringa’s poetic novel set in a fictional town somewhere in the Russian steppe won him the Netherlands’ most prestigious literary prize, the Libris Prize, in 2013. It follows a kindly middle-aged police commissioner, Pontus Beg, and a desperate group of refugees, whose paths converge when Beg orders their arrest and finds evidence of a murder in their luggage. The topical yet timeless theme of migration combines with the age-old quest for religious meaning as Beg goes in search of his Jewish maternal heritage. The Guardian described the novel as treading “restlessly between genres, from middle-aged Bildungsroman and urban comedy to dark fairytale and Confucian parable.”

My Own Dear Brother

World War II is only peripherally present in the rural Austrian village of Felddorf, where 13-year-old Ursula lives with her mother, brother Anton, and elder sister in 1944. Her father has died at the front, and her mother takes up with Siegfried, a married black marketeer. When some Russian prisoners escape, Anton shoots one of the fugitives and becomes a Hitler Youth hero. But as Ursula grows older, she begins to question the profound love she feels for her brother, with whom she has suffered and shared so much yet who drowns a cat and tries to sabotage her friendship with Schosi, the simple son of a neighbor. Müller is half-Austrian, half-Welsh and plundered her father’s memories to produce this nuanced debut examining divided loyalties and the conflicts and sorrows at the intersection of personal and political interests.

Catherine Hickley is a Berlin-based arts journalist. Her first book, The Munich Art Hoard: Hitler’s Dealer and His Secret Legacy, was published by Thames & Hudson (except in North America) last year. At top, the photo of Robert Glancy is by Jody Lidstone; the photo of Georgina Harding is by Josh Wasserman; the photo of Tommy Wieringa is by Keke Keukelaar; and the photo of Holly Müller is by Jonathan Ring.