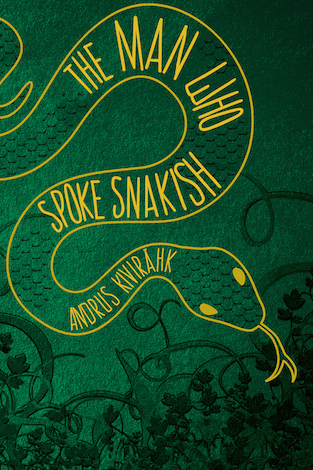 The Man Who Spoke Snakish

Forest dwellers speak Snakish to command the animals in this highly readable and humorous fantasy portrayal of medieval Estonia. Leemet is one of the last speakers of this ancient, sibilant language as hunter-gatherers leave the forest in droves to build villages, till fields, eat tasteless bread, and worship Jesus. When a giant louse takes a swim in a forest lake at an inconvenient moment, it triggers a chain of apocalyptic events that culminate in the end of a way of life. The Man Who Spoke Snakish was a huge hit in Estonia, even spawning a board game. It’s an inventive allegory, a plea for understanding and communication, tradition and common sense, integrity and identity.

Years after the mysterious Kozue disappeared, she still wields a magnetic power over social psychologist Ben Monroe, a fascination inextricably linked to his love for Japan. Mazzy, the teenage daughter of his failed marriage to a Californian, is staying with him for a few months shortly after the natural and nuclear disasters of 2011, and she is none too pleased about it. As Ben trawls Tokyo lowlife trying to find his lost lover, Mazzy is being stalked by Koji, a disturbed cult survivor she met on a plane. The father-daughter relationship is touching and real in this atmospheric noir thriller.

ng to Brittany with his younger journalist wife, Emma. The only trouble is that Emma isn’t there, having been killed in a terrorist attack in Egypt. But Brice won’t believe she isn’t coming back, and one unintelligible crackling phone call in the Breton countryside has him rushing out to buy champagne and caviar for her arrival. In his tiny village, Brice slumps into deep depression, unable to face the cardboard boxes in the garage and his life alone. But he slowly gets to know the locals, including the odd, damaged Blanche. Since Garnier’s death in 2010, Gallic Books has published seven of his titles. Boxes is typical of his dark wit, a humor that induces a laugh followed by a sharp intake of breath.

The Mark and the Void
Murray, Paul

Murray, the author of the highly praised Skippy Dies, takes on the banking crisis in Ireland and the art of writing in his multilayered, complicated new satirical novel. Set in a post-crisis Dublin, where penthouse office blocks lie abandoned before completion and demonstrators dress as zombies, it focuses on a French analyst working at the Bank of Torabundo, named after a volcanic island in the Pacific. The bank escaped the crash because its CEO was cautious about subprime investments; now it has been taken over by a monstrous new boss whose strategy is to overleverage so the bank is “too big to fail.” The Independent reviewer called it “the funniest book I have read all year.” The Mark and the Void received a starred review in the Sept. 1, 2015, issue.

Catherine Hickley is a Berlin-based arts journalist. Her first book, The Munich Art Hoard: Hitler’s Dealer and His Secret Legacy, was published by Thames & Hudson (except in North America) on Sept. 21.