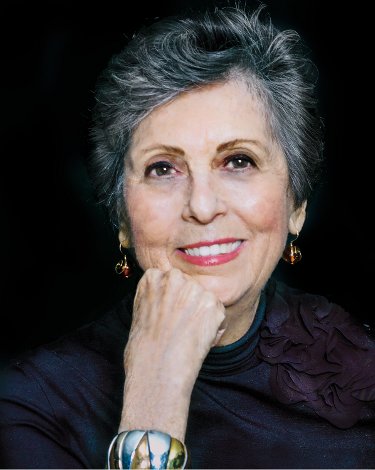 “She would not like me,” Francine Klagsbrun says of the subject of her latest biography, Lioness: Golda Meir and the Nation of Israel. “I’m an educated Jew, and I didn’t make Aliyah [immigrate to Israel]. So I don't think Golda and I would have gotten along too well. But I couldn’t help but really come out admiring her—I don't know if I love her—but I really admire her. I came out admiring her, much more than when I went in.”

A Ukrainian-born, Milwaukee-raised immigrant to British Mandate Palestine, Golda Meir’s dedication to the establishment of a Jewish national home was boundless. A founding mother of the state of Israel, she would go on to serve as its fourth prime minister—only the third woman at the time to have led a modern country. But the decades since her resignation following the disastrous 1973 Yom Kippur War have left her a polarizing figure, her legacy another example of the growing divide between Israelis and American Jews.

“I approached this project,” Klagsbrun says, “knowing that in Israel there are many negatives about her, and that’s not the case in other parts of the world. I didn't set out to prove that what we think in America, where she’s still very much admired, is the right way—I just really wanted to understand her. I wanted to write a book that was fair.”

Books have been published about Golda Meir but not as many as might be expected for such a towering figure and certainly none that have been as exhaustive as her role in history deserves. For Klagsbrun, the time was ripe. “Archives have opened more material in the past several years,” she explains. “The books on her hadn’t really done any kind of extensive research using them.” And then, there was the other reason.

“Here we are,” she says slowly. “A woman just lost an election in the United States. We still do not have a female president. Much of the time I was writing this, you had Hillary running or thinking about running, and I thought she would become president. I thought there would be this wonderful way to contrast her with Golda. But of course, that didn't happen.”

Reading Lioness, the parallels between the hurdles faced by women in politics today and those Golda had to overcome so many decades ago are striking. “Her being a woman—it did affect her life. She would deny that,” Klagsbrun adds quickly, “but it very much affected her life from the beginning. I mean, her parents didn't want her to be educated because girls didn't need to be educated. She had to run away from home and fight against that—just to go to high school!

“There's no question,” she continues, “that, for example when she ran for mayor of Tel Aviv, it was anti-woman stuff that defeated her. The religious parties, they

didn’t want to see a woman in that position. And I understand why she never wanted to make it an issue, because then she would have been seen as sort of a crybaby. She had to show them that she could be just as strong as a man. But she wasn’t a man. She was Golda, a special person, and a very, very strong woman.”

It’s likely that Golda will remain controversial. Israel was traumatized by the Yom Kippur War and its many casualties. But throughout the course of working on this expansive and deeply humanizing book, Klagsbrun discovered that, for some in the nation she helped to build, Golda does have a different legacy.

“When I was in Israel, and I'd meet young women, shopkeepers, I'd tell them I was working on a book on Golda, and they'd say, ‘Oh you know, she's my ideal.’ There’s this sense that what she achieved they could also achieve. In her time, she was an inspiration—and to younger women, she still is.”