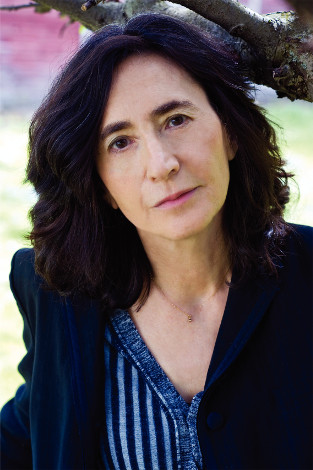 An Olympic hopeful. A dashing, cross-dressing lesbian. A nightclub dancer, professional auto racer. A Nazi scourge employing a monogrammed lighter as an interrogation aid. And that’s just one character.

Francine Prose’s Lovers at the Chameleon Club, Paris 1932 will be many things to many people—history, mystery, chronicle, commentary—but above all, it is a generous book that offers complete submergence in a world constructed for readers’ enjoyment. It’s a dark and complicated place, this lamp-lit prewar Paris, but a remarkably entertaining one. “Where else can one go to a cross-dressers’ nightclub and meet a Hungarian chanteuse who keeps a lizard in the style of Marie Antoinette?” Prose writes.

This insomniac’s paradise features louche cabarets, free-flowing wine, oysters aplenty (when someone else buys), love and sex and art and parties: whatever one can dream. “I had to make it clear how bright things were before they got dark, because everybody knows how dark they got,” Prose says. “In a way, the book is about the end of that world—that bright glittery world—as much as what happens.”

What happens is World War II—though not for many pages. The leisurely buildup focuses on the early years of Lou Villars, the athlete-cum-torturer whose life frames the novel. Early on, Prose alerts readers to just how far she’ll fall. “How could someone, how could anyone, do what Lou Villars did? How did she sleep at night?” she writes. “Why would a French patriot who worshiped Joan of Arc tell the German army where the Maginot Line ended? And why, during the Occupation, would she work for the Gestapo?”

Lou is open to interpretation, by design: Her story is told through a mélange of documents penned primarily by her Parisian cohort. The questions above, for example, appear in an embedded biography by neurotic professor Nathalie Dunois. She claims to be the grand-niece of Suzanne Dunois Tsenyi, a Villars acquaintance whose memoirs tell a different story. She is the wife of late Hungarian photographer Gabor Tsenyi, whose early letters soliciting rent money from his parents reveal additional clues. Gabor’s patron, Baroness Lily de Rossignol, and his friend Lionel Maine, a loudmouthed American writer, contribute to the testimonial tapestry via book excerpts.

This form of storytelling is unprecedented for Prose. “It’s not just that it’s a bunch of different voices,” Prose says. Except for one crucial character, the novel’s text is all documents written by other characters. A friend of Prose’s told her that reading the novel is like discovering that Prose found her way into “a very bizarre archive.” Prose says that as she was writing Lovers, she was acutely aware that each of the characters was writing, “fixing things and doctoring the things that you’re not able to amend when you speak. When a fictional character is writing, it’s a very particular spin on the voice,” she says.

These characters converge at the Chameleon Club, a fringe cabaret where Eva “Yvonne” Nagy welcomes men dressed as women, women dressed as men, homosexuals, artists, foreigners et al. Lou is taken in after escaping an attack and is eventually employed as one-half of a popular act. Her partner, the superficial and selfish blonde, Arlette, becomes her first girlfriend and the second subject of a dual portrait by Gabor. The image, entitled “Lovers at the Chameleon Club, 1932,” which resonates throughout the book, was inspired by the famous Hungarian photographer Brassaï’s “Lesbian Couple at Le Monocle, 1932.” There is a pall over these archetypal two, particularly Lou’s counterpart Violette Morris, who also worked for the Gestapo.

At first, Prose considered reproducing Brassaï’s photo for the book’s cover. “Then I thought, if you put that photo on the cover, it’s just one side of it—one that might frighten people before they’re into the story. It’s a scary book, but it’s other things in addition to being scary,” she says.

One thing it’s not intended to be is a “historical novel.” Though Morris did inspire Lou, as Brassaï did Gabor (and there are glimpses of Henry Miller in Lionel, Peggy Guggenheim in the Baroness), this fiction assumes its own facts. “I don’t think of this as a historical novel, and it’s important to me to say why: In historical novels, generally, you know everything about what the character wore, but you don’t know anything about who they are. There are great exceptions—Hilary Mantel, for example—but a lot of times when I’ll do a Q-and-A, people will say, ‘How much research do you have to do?’ and the word ‘research’ just makes my blood run cold,” says Prose. “I read a lot, but I don’t think of that as prelude to a conventional historical novel.”

A lot of reading, a bit of watching: Prose consumed Leni Riefenstahl documentaries, as well as a few less propagandistically oriented films. “That last guillotine section that’s in the novel—you can watch it on YouTube. I wouldn’t advise it, but you can understand why it was the last one,” she says.

Lovers at the Chameleon Club gets grittier as it rolls toward the Occupation; the narrative builds speed. Lou becomes infatuated with fellow racer Inge Wallser, whose attentions drive her into dangerous territory: the Berlin Olympics and a dinner party with Hitler. Faster and faster she goes, doomed to a bad end by centripetal force—or fate. Years earlier, Yvonne interpreted Lou’s fortune in the Chameleon Club’s back room: “ ‘You will move extremely fast. You will be greatly honored. You will inflict a great deal of pain. You will die a violent, early death.’ ”

Those left in Lou’s wake will change in unforetold ways: Resistance heroes, famous artists, refugees. Finding out is fun for an author, too, says Prose. “When I write, I don’t know what’s going to happen to the characters. I liked finding out. You don’t really know how they’ll act until push comes to shove, so to speak,” she says.

None will absolve Lou, though each continues to grapple with her tragic trajectory long after she’s gone. “Evil: always an interesting subject,” says Prose.