Gabriel Byrne Did Not Write a ‘Celebrity’ Memoir 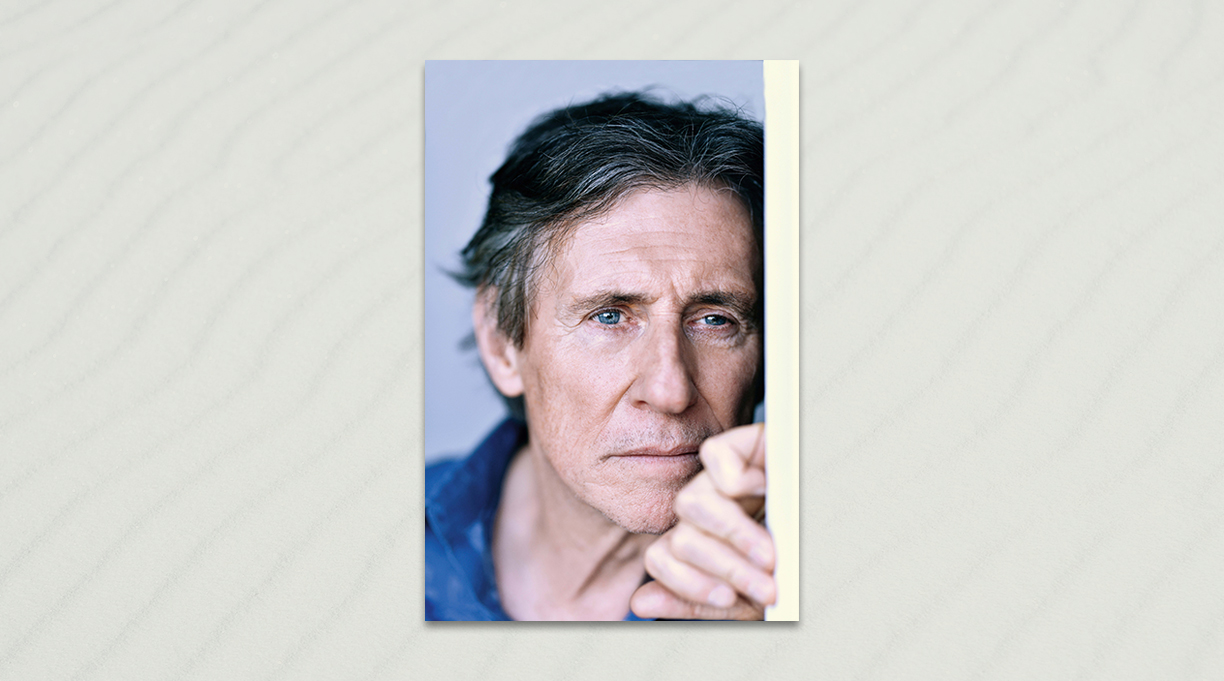 A veteran of more than 70 films, including Miller’s Crossing and The Usual Suspects, Irish actor Gabriel Byrne has also won global acclaim for his roles on stage and TV (he won a Golden Globe Award for his work on HBO’s In Treatment). Given his versatility and longevity, one could forgive the author if he turned in a paint-by-numbers celebrity bio. Thankfully, Walking With Ghosts (Grove, Jan. 12) is no such animal. In this evocative, impressionistic narrative, Byrne’s poetic memories shine through on every page, creating what our starred review calls “a melancholy but gemlike memoir, elegantly written and rich in hard experience.” I spoke with Byrne via Zoom from his home in Maine; the conversation has been edited for length and clarity.

Why did you write this book?

It began with a casual remark: Somebody asked me, how do you go from rural Ireland to Beverly Hills? That’s quite a journey. I never thought about it in that way before, but yes, that is pretty remarkable, because I never even thought I would get to America. I started to look at the influences that formed me and my generation—religious, societal, familial, cultural, all those influences that go into the making of a person, apart from the obvious hereditary stuff. How did those things influence who I became? I started to jot down a few notes, and I thought, this might be an interesting way of examining a life.

It’s not your typical celebrity memoir, which I appreciate. Tell me about the process.

I didn’t want to just write about how I did this movie and then I did that movie. There’s enough of those books out there. I could have written that kind of a book and name-dropped all over the place. I thought that if I could sensually recall details, in terms of sights and sounds and smells of those times, and align those with the history of those influences, then there could be something there. So I tentatively started that. I just kept doing it in bits and pieces; I didn’t sit down for hours each day to write it.

Your prose is beautiful—lyrical and keenly observant. Do you have a writing background? Did you ever think about directing or screenwriting or another career?

I was a teacher for about seven or eight years in my 20s, and I loved interacting with the students. I might have enjoyed teaching. Directing? I could have moved in that direction. Screenwriting, however is a particular kind of talent. I always admire people who can put screenplays together; it’s a very different discipline than, say, writing a novel. I’ve tried to write a couple of screenplays, but I don’t really have it. I prefer working with images and words.

You’ve had success across the acting landscape. Can you talk about the differences between stage and screen acting?

With screen acting you have the knowledge, whether you think about it consciously or not, that you can do it again. If you make a mess of it, you can do another take. On stage, you’re in direct contact with an audience. If you make a mistake in front of a group of people, you can’t say, let’s start from the beginning. You have to keep going. So there’s an element of tension involved in stage acting that's not in film acting.

The things that I remember tend to be around the film itself. Where was I emotionally at the time? What part of the world? For example, I did a movie with Gene Hackman [Enemy of the State, 1998], and the day that I was due to start shooting it, I heard that my girlfriend had died. Somebody mentioned to me that they saw [the movie] on TV and enjoyed it, but I just remember the horror of trying to work through it, knowing that when it was over, I was going to have to go back to Ireland for the funeral. A pleasant memory: I made a movie called The Usual Suspects, and for 26 days, we laughed all day long. I thought, this can’t be good—but it is. I remember the sound guy saying, you guys are a bunch of amateurs. We haven’t got all night to be standing around here waiting for you to stop laughing. So that was the general feeling on the set. When I saw the movie, I thought, this is a really good film.

Is there a calculation involved in how you choose your roles?

I always start with the script. What is it trying to say? Will this be something that will make people think? I’ve done big Hollywood movies, but I haven’t enjoyed them, and I didn’t like being in that system when I was in it. When you work on a small-budget movie, there’s barely enough money to pay for the catering; everybody’s doing it because they love the project. Sometimes I’ll get a script and think, I don’t agree with that. For example, a story about how it was a good thing to invade Iraq in 2003. I don’t agree with the message, so it’s not for me.

Are there roles that you regret turning down?

There’s a few. I turned down a role that another actor did, and he won an Oscar. I’m sitting on my couch thinking, damn, I should have done that role. This guy is now thanking his mother and God and everybody else, and I’m sitting on the couch. But that’s the way it goes.

On a more personal note, would you talk about being in recovery?

It’s a daunting thing to think about it in absolute terms. I’m not religious anymore, but I steal bits and pieces from various areas. One of them is a Chinese proverb: that every journey of 1,000 miles begins with a single step. What I had done until then was concentrate on the 1,000 miles. How do I get there quickly? Well, I realized that one step is better than no steps—and two steps is better than one, and so on. So I changed my thinking, and each small step gave me confidence to make another one. Quite honestly, since I stopped, I have never thought, God, I wish I was still drinking. I had get rid of the heaviness and sickness and take my life back.

You mentioned that you want to write. More memoir? What else?

I’ve done the memoir thing. I’m working on a novel now, which, of course, is a much different process. With the memoir, you constantly have to struggle with deciding what to put in and leave out. I kept thinking to myself, well if I put that in, then it brings up a heap of other shit that I have to write about as well. When you write a novel, you get to pull the strings. I feel that the memoir was a very good training ground for finding a voice that was my own. I would just like people to read this book and not view it as an actor’s memoir but to assess it on its own merit. What you said means a great deal to me when you talk about the writing. That’s much more important to me than saying, I worked with Brad Pitt. If somebody says the writing is good, that’s much more interesting to me.