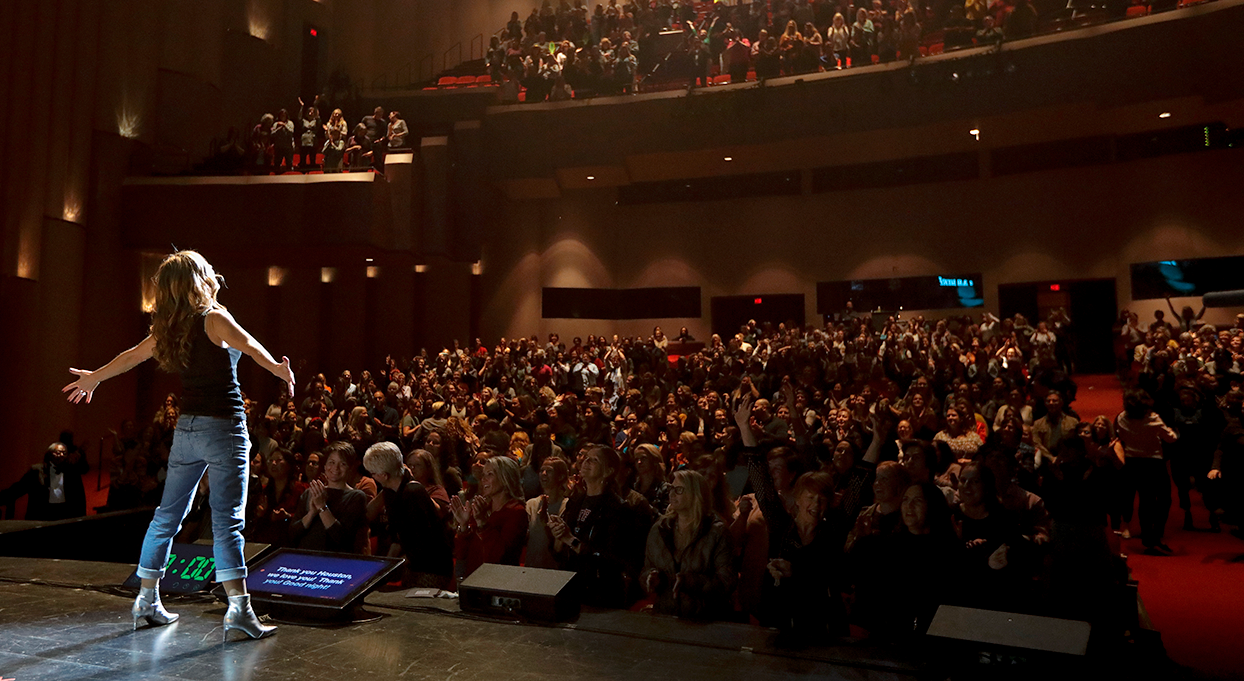 To understand what inspired Glennon Doyle’s new memoir, Untamed (Dial Press, March 10), you have to rewind the clock to an evening four years ago. She was at a BookExpo dinner in Chicago to plug her book Love Warrior, which chronicles the collapse and restoration of her marriage to Craig Melton. In walked retired soccer player Abby Wambach, two-time Olympic gold medalist and FIFA Women’s World Cup champion. Doyle said to herself, “There she is.” How could Doyle—a straight, Christian mommy blogger—reconcile her magnetic attraction to Wambach with a book about how she’d saved her marriage?

At the risk of disappointing her husband, family, publisher, and hordes of fans, she ultimately decided to go with her heart. She filed for divorce and subsequently married Wambach in 2017. In Untamed, Doyle issues a rallying cry to return to what we know rather than repressing ourselves in order to meet the expectations of others. Between raising three kids, speaking engagements, and her work with Together Rising, the philanthropic nonprofit she founded in 2012, Doyle took time out to talk with Kirkus.

What does it mean to be tame?

It’s when you’re living in a way that is different than your hunches, than what’s inside of you. In religion, it was being told that I had to believe something in order to be safe or saved. In relationships, it was the same. Even after infidelity in my marriage and trying to forgive—it was all of these things I was “supposed” to do. I was supposed to forgive and let go, whatever the hell that meant. I was supposed to like sex. I was supposed to be grateful. Being tame is abandonment of self in order to please or to remain in the tribe.

How did you learn to trust your own voice and embrace your love for Abby?

I committed myself to tuning out all of the outside voices, which were all telling me to do something different. The feminists wanted me to do one thing; the Christians wanted me to do another thing, my parents...everybody just had their own opinion, which was amazing. It’s so good when you realize that you can’t please everybody. Falling in love with Abby was like everything crystalizing. Because it was so outside of anything I’d ever been conditioned to do or want. It was so clear that it had to come from inside.

If you’d never met Abby do you think you might still be trying to force yourself into a tame existence?

When I was a Sunday school teacher and an early writer, I was going to gay pride parades. [This was] 10 years before I met Abby. It’s one thing to be a feminist who fights for belief in all women. But it’s another thing to be an individual woman who believes in and fights for herself. I was a feminist—of course I believed in the right for all women to choose their own lives. But it took me till I was 44 to become a woman who believed in my own right to live my own life—allowing it to become personal, to infiltrate my home and my relationships and my beliefs about myself.

You observe that many women are terrified of having a self. Why is that?

What I hear from women so often is this ingrained idea that what they want, at their deepest, is at odds with what their people need…“I can’t do this because of my kids; I can’t do this because of my husband.” We’ve been trained to believe that what is true and beautiful for us—if we choose it—will make us selfish. There’s this whole martyrdom idea that we think somehow makes us good mothers….I think it makes us really irresponsible mothers. Because what we’re doing is raising children who then repeat that pattern, and nobody gets to live.

What would you say to those who are afraid of becoming “untamed?”

Laura Jenkins is a writer and photojournalist living in the Texas Hill Country.