Go to College, Keep Your Friends, Have Fights, Write a Novel: 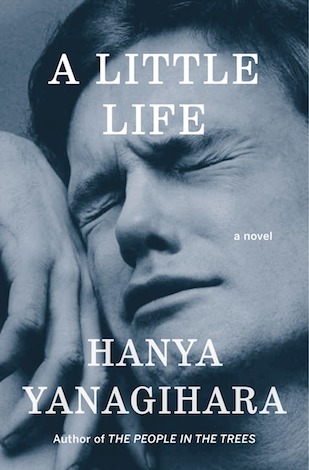 Hanya Yanagihara’s A Little Life is this year’s first must-read literary novel. (If you favor thrillers, you’ll already have picked up The Girl on the Train, of course.) As our review describes it: “Four men who meet as college roommates move to New York and spend the next three decades gaining renown in their professions—as an architect, painter, actor, and lawyer—and struggling with demons in their intertwined personal lives.”

Reading it reminded me how much I love the “college friends followed for decades” genre.  There’s the mother of them all, Mary McCarthy’s The Group (1963), about eight women from the same class at Vassar.  (Just to consider how the world has changed since that was published a half-century ago—or even since my copy was printed in 1989—the jacket proudly displays a blurb from Newsweek calling

McCarthy “our only real woman of letters.”) Joanna Smith Rakoff consciously updates McCarthy in A Fortunate Age (2009), focusing on a group of Oberlin grads who settle in Brooklyn; Kirkus’ review sets out the conventions of the genre nicely: “Some of the friends will succeed beyond expectation, some will fall short of their promise and others will couple improbably.”

Meg Wolitzer spins a variation by throwing her friends together at summer camp, not college, in The Interestings (2013). Perhaps more than any of these other authors, Wolitzer is trying to capture the changing world as her friends move through it—unlike Yanagihara, who focuses on her characters’ inner worlds.

When I sent out a call on Twitter for more examples of the genre, I received an enthusiastic response. Several people mentioned Claire Messud’s The Emperor’s Children (2006), a brilliant novel that doesn’t quite fit the category, since it takes place over a short period when its Brown grads are about 30. And two other novels came up that I had read years ago: Marge Piercy’s Braided Lives (1982)and Lynne Sharon Schwartz’s Disturbances in the Field (1983). These may not fit entirely into the category, either, but they’re going on my pile of books to reread. —L.M.