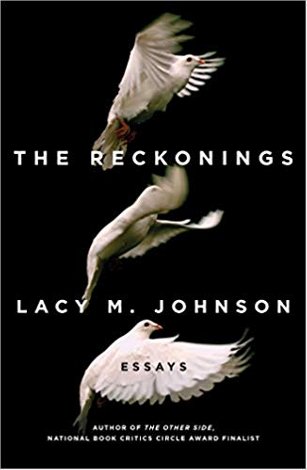 My favorite season is finally here. To kick fall off right, here are a handful of my favorite books from October, with quotes from our reviews.

The Library Book by Susan Orlean (Oct. 16): “In her latest, New Yorker staff writer Orlean seeks to ‘tell about a place I love that doesn’t belong to me but feels like it is mine.’ It’s the story of the Los Angeles Public Library, poet Charles Bukowski’s ‘wondrous place,’ and what happened to it on April 29, 1986: It burned down….Bibliophiles will love this fact-filled, bookish journey.”

Heavy by Kiese Laymon (Oct. 16): “A challenging memoir about black-white relations, income inequality, mother-son dynamics, Mississippi byways, lack of personal self-control, education from kindergarten through graduate school, and so much more. Laymon skillfully couches his provocative subject matter in language that is pyrotechnic and unmistakably his own….A dynamic memoir that is unsettling in all the best ways.”

The Reckonings by Lacy M. Johnson (Oct. 9): While the author’s previous book described her hellish experience as a victim of kidnap and rape, this book of essays takes the recovery process to the next level….Johnson negotiates a path between vengeance and hand-wringing despair in this thoughtful and probing collection.”

Belonging by Nora Krug (Oct. 2): “A graphic artist of German descent tries to come to terms with her family’s history before she was born….As multilayered as memory, the book intertwines text, photo, graphic art, and thematic complexity into a revelation almost as powerful for readers as it must have been for the author.”