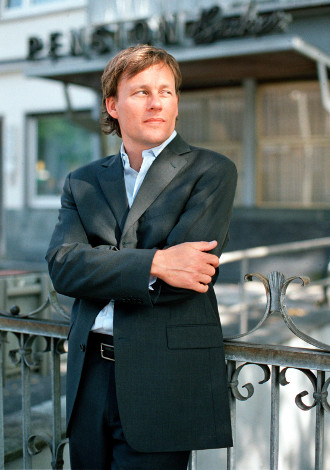 The first line of Nicotine—Gregor Hens’ meditative exploration on his life as a cigarette smoker—is a stark admission. Over 20 years, Hens proclaims that he smoked more than 100,000 cigarettes. “I’ve even enjoyed a few of them,” he writes. Startling as that number may be, Hens realized upon further thinking that the number in the book is actually a little shy of the truth. “If I calculate roughly how much I really smoked it’s more like half a million,” he says. “That’s a lot of cigarettes, if you think about them in your backyard in a heap.”

Nicotine is a book about cigarettes merely on its surface, but it feels important that Hens opens with the sheer volume he’s smoked to illustrate, if nothing else, how significantly this object is entwined in his past. Hens no longer smokes, but the question now is: what have all these cigarettes meant, and where does he go from here? “I think that’s the core of the book, my discovery, or the sense that once you develop a habit—whether smoking or some other automatism—you can’t just forget this,” Hens explains. “I’m never going to be the person I was before I started smoking. I did this, I’m not forgetting it, I’m addicted probably for life, so what am I going to do with it?”

For Hens, Nicotine became his answer. He admits often on the page that the book is an “experiment,” of thought and memory, certainly, but also of how a life forms, shifts. About how the body and mind develop patterns, then try to break free from them. From page to page, Hens questions himself, his desire to smoke, how dangerous it is to even be writing these words. He seems to almost fall into, rather than pull from, memory—a scene from boarding school, a quarry lake, or New Year’s fireworks emerging in the smoky recollections of bygone cigarettes. One of the most impressive aspects of the book is the way Hens allows the reader to trace not only his thoughts, but his thought process during this experiment (the book took a year to write). “When I think back on writing it, I felt incredibly free to do whatever I felt like doing with the topic,” Hens says. “There’s no genre for this. Whenever I pick up the book, I think about the luxury of writing without any constraints.”

After the writing process was complete, however, Hens did implement one constraint by not translating the text himself from its original German into English. A translator by profession, Hens translates books from his native German into English regularly, but he chose to have another translator do so for Nicotine.Given the brevity and concision of the book’s prose—and the subsequent importance bestowed upon each paragraph and line—it seems a natural fit that Hens would want to translate it himself to get every detail right. As he explains it, though, that’s not looking at the bigger temptation of the process. “If you translate your own work, you’re not bound to be true to the original,” he says. “As an author, I write a book. As a translator, I translate whatever the author has written. If I translate my own work, maybe it’s one or two or three years later, I think, ‘Oh, maybe I could add this or say something this way,’ and all of a sudden I have a new book.”

Being true to the book’s origin also had tangible effects off the page. To break a habit of 20-plus years is no easy task, let alone one of chemical addiction, but Hens says writing the book helped him not only by thinking through his addiction, but by making it a public affair. “I think writing the book really helped me get over this period. I don’t see the risk [of wanting a cigarette] anymore,” he says. “I’m so public as a former smoker, it’d be really hard for me to go back now. I think that was part of the reason why I wrote the book. You go out there and say I don’t smoke anymore and here’s what happened in my life at the time; it’s really hard to go back from that.”

Though Hens is now a very public nonsmoker, he still speaks of the cigarette as a unique fulcrum for exploring the topics of memory, cultural significance, and patterns of behavior and desire that he writes about in the book. “The cigarette as an object is already sort of inscribed, before I picked it up or learned to smoke,” Hens says. “It’s not like any other object in the world. But then, the cigarette is also my own object, it’s the object in my life, and I have to re-inscribe it.” When he began writing the book, in fact, he admits that he did not know how

closely tied smoking was to the visceral touchstones of his past. “I knew it was a topic that would take me to the most important moments of my life, but I didn’t realize it was so rich and richly connected to my biography.”

While Hens focuses on his personal memories from one scene to the next, a more universal and familiar narrative of addiction is ever present. What makes this story, and other addiction narratives, so captivating is that, according to Hens, they frequently function as often unexpected insights. “I think it gets at the core of who we are,” Hens says. “From your point of view you can tell people something about their own lives that may be hidden. We think of addiction as pathological and defined—this is addictive, this isn’t. In reality, everything we do is determined by the pull of the habit. If we don’t want to eat, we don’t eat, but it’s a conscious decision not to do it. We have to constantly, consciously decide against our habits.”