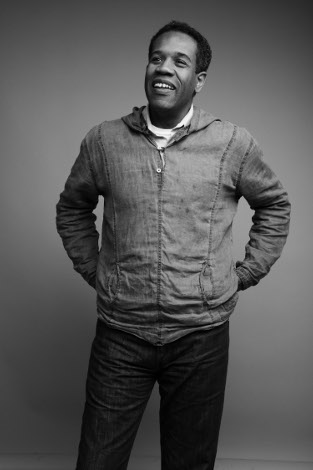 “I wanted to remake myself as a cosmopolitan artist with a magical blue passport,” writes Pulitzer Prize winner Pardlo in Air Traffic: A Memoir of Ambition and Manhood in America. Oscillating between a distraught emotional landscape and a militant perception of the world around him, Pardlo is a writer who carries with him the weight of his history and the promise of his language. Known for his politically engaged poetry, Pardlo now switches gears in Air Traffic.This collection of essays isn’t just a series of reflections on a historical event; it’s also a razor-sharp look into the inner workings of a writer’s psyche as it is affected by the changing definitions of identity, masculinity, and labor in the 20th century.

In 1981, after negotiations with the federal government, U.S. air traffic controllers went on strike to protest low wages, overwhelmingly long work weeks, and tenuous working conditions. That August, over 12,000 air traffic controllers failed to report to work, leaving the airline industry in complete panic and effecting a historic rebellion against the structures that shaped the workforce under the Reagan administration. Over 7,000 flights were cancelled and control towers were left vacant.

For Pardlo, whose father was an air traffic controller on strike at the time, the threat of termination was dire. “That job was really defining for him and for us as a family,” he explains. As Pardlo coped with his father’s termination, he looked for ways to make an immediate impact. “I had convinced myself of the nobility of the labor class. I still believe in that nobility—far more romantically,” Pardlo writes. It’s this romantic illusion of the labor class that slowly led Pardlo to spiral out of control and into alcoholism (a topic he reveals openly and with no inhibitions in Air Traffic). The Marines effectively shattered his optimism, though his stint did provide him with the possibility of travel, which activated the freedom of exploration and, ultimately, the creative impulse to write.

As a result, Pardlo has chosen to center Air Traffic around the political and psychological effects the strike had on him and his family.“There was always a cult of civil rights and labor activism in my family,” Pardlo says. “Class consciousness, even, and race consciousness. My father moved very easily into an influential role during the strike….When my father lost his job it was not only a blow to him and his essential identity, but to me and my sense of my father and my own masculinity,” Pardlo says.

So it’s no surprise, then, that in Air Traffic, Pardlolaunches into meditations on the development of his own attitudes toward family, masculinity, racial disparities in the United States, and, ultimately, on writing as a form of both documenting political events and radically altering our perception of them. Pardlo says he “started thinking about the different types of unions that operate” under the logic of labor as it is structured in a highly prejudiced society, like a marriage union, a family union, the union of community, “all of these concentric forms of bonded communities,” as Pardlo puts it.

His father’s termination changed many things for Pardlo, including a growing resentment that he felt consigned to a blue-collar job coupled with his newfound passion to embark on a career in the arts. But the air traffic controller position was always a fascinating one for Pardlo, who recounts a conversation he had with his father in which the latter told him to “think of each plane as an ‘idea’ that pops into your head.…They’re all important ideas but some aren’t as pressing as others. Regardless, you have to keep them all in mind. You can have more than a dozen ideas in mind at one time and you have to make sure they stay distinct.” Later in his life, Pardlo came to realize that this description contributed greatly to his understanding of himself and of language and writing. “The job itself had this magical aura about it,” he says. “You’re directing these celestial bodies around.” He went on doing exactly that in his poetry, arranging words in the same way that planes shape the formation of clouds in the sky, particularly in Digest, for which he was awarded the Pulitzer Prize in 2015.

In “Winter After the Strike,” a poem from his first poetry collection, Totem (2007), Pardlo writes, “I miss sitting beside you at the console when you worked / graveyard shift in the tower. Mom and I visited with our / sleeping bags.” The poem was a way for him to begin to distill the incidents that took place in 1981 and understand how they completely uprooted his experience as a child visiting his father at work. “I told myself that if I ever had the space to do so, I would approach labor history and the impact of the strike in the wider context of labor in general.” Air Traffic gave him the opportunity to use a historical event as a bridge between poetry and nonfiction.

Pardlo effectively blends his genres, looking at nonfiction as a way to dig beneath the surface of his poems and the issues that map them out. To challenge genres is exactly what this work does. Rarely do we see authors blend so seamlessly the historical events that shaped their childhoods with their retrospective perceptions of them. More importantly, Air Traffic effectively serves as a rare homage to the strike that helped define the labor force of today. “I’m hoping the book enters into larger conversations in our culture in a way that I am probably too self-conscious to do so as a public speaker or as an activist,” he says.

Michael Valinsky is a writer from Paris and New York. His work has been published in i-D, Paper Magazine, BOMB, OUT, Hyperallergic, and the Los Angeles Review of Books, among others. He currently works and lives in Los Angeles.