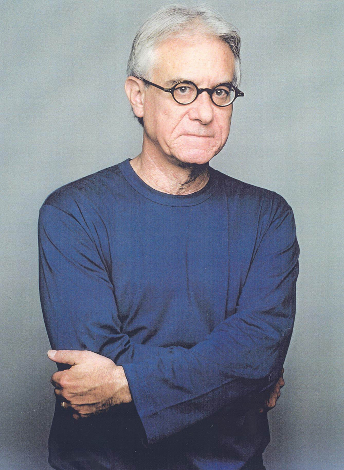 A couple of years ago, an editor at Yale University Press got in touch with an old friend and author of his, the cultural historian and journalist Greil Marcus, and asked him to write a history of rock ’n’ roll. Marcus refused. “I thought, ‘That’s been done to death,’ ” he says. “I could think of several good books that had already covered the ground.” Still, the idea remained with him, gnawing away, as good ideas will. “I thought about it for a while,” Marcus says, “and I thought, ‘Well, let’s go from the 1940s or whenever we decide rock begins, and take it up until now’—no. That’s been done to death, as I said. I had absolutely no interest in writing that book.”

The third time was a charm, though. Marcus concocted the plan for a book that looked thematically at a few definitive songs—16 at first, whittled down to the 10 promised by the title The History of Rock ‘n’ Roll in Ten Songs.

Marcus immediately knew the first song he’d address: the shimmering pop jangle that is The Flamin’ Groovies’ “Shake Some Action,” blending the Stones’ swagger with the Beatles’ genius. That 1976 song has it all: It’s adolescent, it’s snotty, it’s adenoidal, it’s got a beat, it’s got no particular place to go, and it’s got attitude ringing out from every note.

And it’s perfect—perfect, in part, because it exemplifies an observation of Neil Young’s, one that stands as talisman for Marcus’s book: “rock & roll is reckless abandon.” Young’s formulation goes deeper that that simple aperçu, and when it does it goes into weird territory, as one might expect from Young: Though rock and roll as a musical form is chronologically younger than blues and country, he says, the spirit of rock predates its ancestors—in other words, as that goofy country novelty song has it, rock is its own grandpa.

Think of it in another way. Rock music is about youth, to be sure. But more, it’s about freedom. “It’s my life. Don’t push me!” Thus, emblematially, spake Eric Burdon, in a great song that didn’t clear the top-ten hurdle.

Rock has always been a business, to be sure. Those rebellious words of Burdon’s came straight out of the Brill Building. But it’s also been a cri de couer, treating alienation and anomie and the howl that comes from overactive hormones and a keen sense of injustice. Thus the Groovies’ song, which promises the person, boy or girl, who’s done the narrator wrong, that “I don’t need a friend.” (Of that band’s moniker, by the way, says Marcus merrily, it’s “a name so stupid it can’t transcend its own irony,” postmodern before postmodernism even knew what it was.)

That spirit of rebellion and freedom, animating the blues and country as well, surrounds the big questions of life. One of them is the injustice and indignity of a pocket that doesn’t jangle. The Silhouettes sang about the grinding dehumanization of shekels and dollars in “Get a Job,” a song that would resound in the name of the band Sha Na Na—which, though it landed a cornpone TV show back in the day, was also supremely rebellious both in kicking against the rock jam of the Woodstock era and going back to two-minute songs and in opening the door for the gay rock acts that would follow in the ‘70s, not least the transcendent Village People.

Money is, well, the subject of one of Marcus’ choices, “Money Changes Everything,” made famous—though not without a fight, as Marcus recounts in the book—by Cyndi Lauper. It’s also the subject, if it’s not too obvious to say, of Barrett Strong’s “Money,” the ocean into which, Marcus says, “all rock and roll songs about money…flow.” Like all classics, and particularly guiding classics such as the ones that animate Marcus’ book, that tune has inspired innumerable imitations, variations, and interpretations, perhaps the most memorable of them the wounded yawp of John Lennon in a Beatles take: “That’s what I wa-a-a-ant” indeed.

Money’s what Strong wanted, but mostly because your love, thrilling though it might be, just doesn’t pay the bills. Love motivates plenty of other songs, though. Marcus has a hard time settling on the single greatest Buddy Holly song—and though goofy of aspect and sweet of disposition, Holly, make no mistake about it, was a great rebel and innovator, a sonic sculptor who “built his music around silences, pauses, a catch in the throat, a wink.” “Rave On,” “Oh Boy,” and “That’ll Be the Day” are strong contenders, but love wins out, and with it heartache, the subject of Buddy Holly’s unspeakably tender “Crying, Waiting, Hoping.”

To love, Marcus also adds the Teddy Bears’ 1958 hit “To Know Him Is to Love Him,” which, though tender, became something hauntingly lost in the hands of Amy Winehouse, who recorded a version in 2006. “Go find it on YouTube,” Marcus insists. “You’ve got to hear it.”

Marcus’ opening, a tour de force list that runs on for paragraph after paragraph of the inductees to date into the Rock and Roll Hall of Fame, is wildly suggestive of just how influential and deep-rooted the sound of rock is in our culture. It’s no accident that the originals of many of these tunes lay at the heart of the early Beatles’ repertoire, no accident that Phil Spector played his part in the uproarious proceedings, no accident that from every measure of music a hundred thousand tangled storylines flow, no accident that the songs refuse to die and are endlessly recyclable. All that’s in the nature of a classic, after all. It’s what a classic does.

Any project such as Marcus’ is doomed to a certain kind of failure, for there’s always that elusive eleventh song to compete with the tenth for pride of place. Rest assured it isn’t Zep’s “Four Sticks,” or even “Stairway to Heaven,” for there are no derivative songs in his list: derivations don’t make revolutions. A list of 10, or a hundred, or even a thousand songs doesn’t quite suffice to handle the majesty of rock and roll as it’s been recklessly hurled at the world for the last six or seven decades. No matter. In The History of Rock ‘n’ Roll in Ten Songs, Marcus does what he does best, and what’s he’s done in such now-classic books as Invisible Republic and Lipstick Traces: He makes us feel smarter about what we’re putting into our ears.

But what of Marcus’ number-one desert-island rock tune? With transcendental irony, he doesn’t include it in Ten Songs. That’s a matter for another book.