Guy Kawasaki: The Doctrine of Self-Publishing: 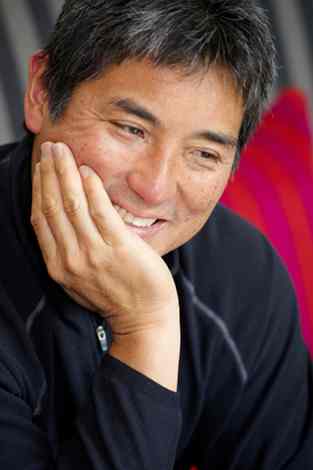 There is no shortcut to awesome. — Zoe Winters

The only thing worse than crushing people’s dreams is to mislead them. The problem isn’t that traditional publishers are dumb or evil. There are plenty of smart and nice people in the industry—probably more than most industries because a love of books motivated these folks.

The problem is that traditional publishing was geared to a world with limits, but these limits no longer exist:

In the old, constrained world, something had to select and distribute what was worthy of shelf space, press time and attention. That something was publishers; they served as a filter, finisher and arbiter of taste. Several thousands of these organizations added value for hundreds of years.

But now shelf space is infinite; ebooks and print-on-demand mean that access to printing presses is irrelevant; and anyone who can use a word processor can write and publish a book. These changes don’t mean that books are now better—any more than a democratic political system that enables everyone to vote produces better leaders.

However, there is far less need for something to distribute dead trees to dead bookstores when people can shop online for millions of titles and have their choices delivered to their computers, ebook readers, tablets and phones in under a minute. And if these people aren’t buying ebooks, they could still order printed books from an organization that will produce books on demand.

The 3Ds of Self-Publishing

Even if you like the heft, smell and feel of printed books, this is the world we live in now. While printed books may never die (an ebook of Annie Lebovitz’s photographs doesn’t cut it), we’re not going back to a time when there were only printed books.

Amazon, Apple, and thousands of companies, programmers, and geeks have produced three fundamental changes in publishing:

If you’re going to succeed in self-publishing, you need to believe in these changes to the core of your existence.

The Advantages of Self-Publishing

Enough about the big picture and megatrends of publishing, let’s get down to the nitty gritty details of the advantages of self-publishing:

Next up, I will explore the disadvantages of self-publishing, then talk about some of the other ways to get your book out there.

Guy Kawasaki is the author of 11 books, including What the Plus!, Enchantment, Reality Check, The Art of the Start, Rules for Revolutionaries, How to Drive Your Competition Crazy, Selling the Dream and The Macintosh Way. He is also the cofounder of Alltop.com and a founding partner at Garage Technology Ventures. Previously, he was the chief evangelist of Apple. Kawasaki has a BA from Stanford University and an MBA from UCLA, as well as an honorary doctorate from Babson College.

This is part of a multiweek series from Guy, featuring exclusive excerpts from his new book, APE: Author, Publisher, and Entrepreneur, which he will self-publish this fall, barring a massive advance from a traditional publisher.
MORE FEATURES
POPULAR KIRKUS STARS