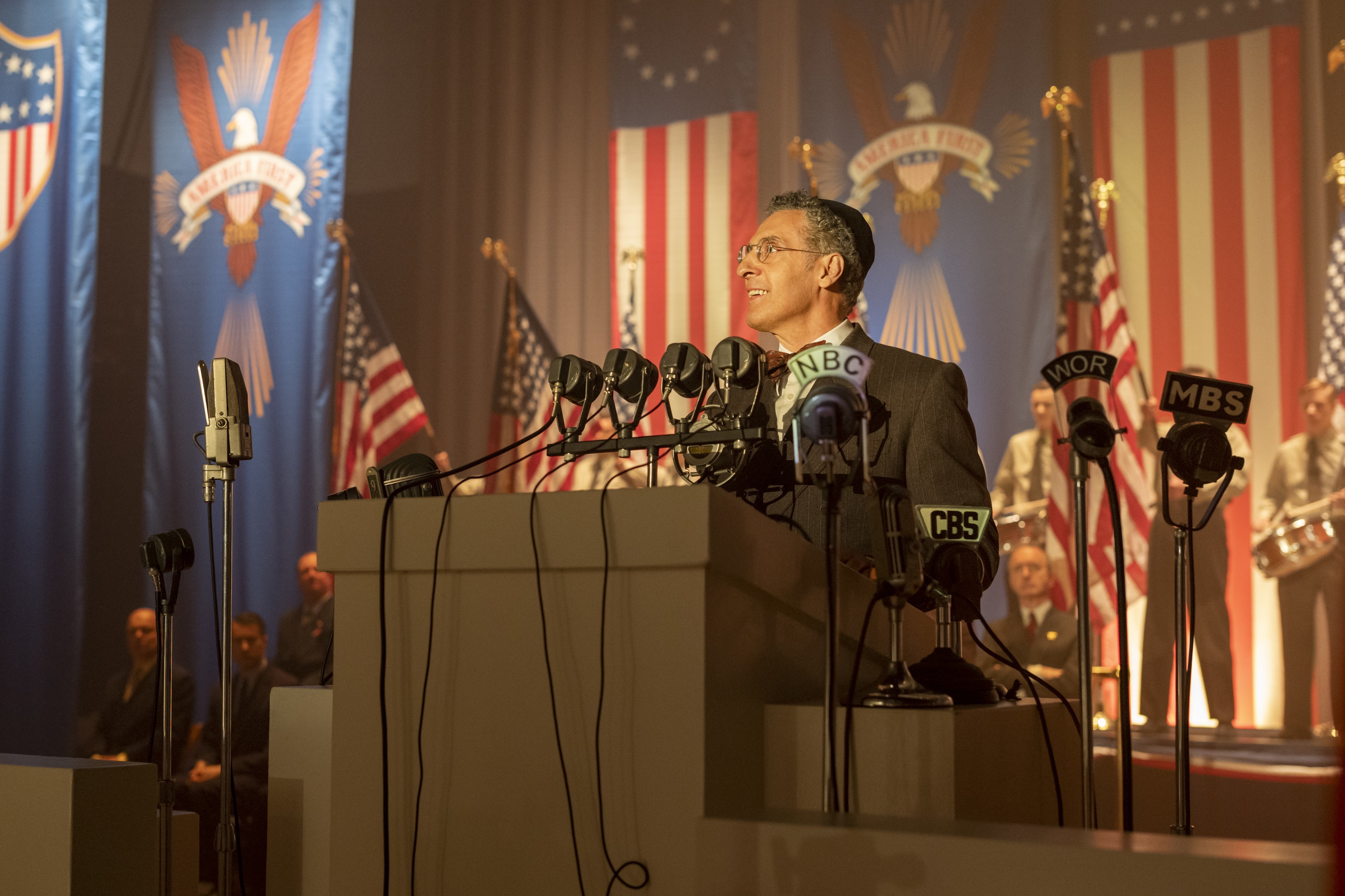 HBO released a teaser trailer for its upcoming miniseries of Philip Roth’s 2004 alternate-history novel The Plot Against America, starring Winona Ryder, John Turturro, and Zoe Kazan. David Simon and Ed Burns, of The Wire fame, will write and executive-produce the series, which will premiere on Mar. 16.

The novel imagines a scenario in which isolationist, anti-Semitic aviator Charles Lindbergh runs for president and defeats Franklin D. Roosevelt in the 1940 election, which leads to the rise of open anti-Semitism across the country. The story is told from the first-person perspective of a fictional character named “Philip Roth,” who relates the impact of these events on his own Jewish family and on the nation as a whole. Kirkus’ starred review called the book “a sumptuous interweaving of narrative, characterization, speculation, and argument that joins The Ghost Writer (1979) and Operation Shylock (1993) at the summit of Roth’s achievement.”

This is just the latest recent adaptation of an alternate-history work to get the prestige-TV treatment. HBO recently aired Watchmen, based on the celebrated 1980s comic book series by writer Alan Moore and artist Dave Gibbons, which presented a version of U.S. history in which costumed vigilantes battled white supremacists. Amazon Prime Video recently ended its four-season series based on Philip K. Dick’s landmark 1962 novel The Man In the High Castle; it presented an America occupied by Nazi and Imperial Japanese forces, following the United States’ defeat during World War II.

Roth, who died in 2018, saw several of his works made into films during his lifetime, including a 1969 movie of his 1959 novella, Goodbye, Columbus, and a 1972 film of his 1969 bestseller, Portnoy’s Complaint, both of which starred Richard Benjamin. The two most recent film adaptations both came out in 2016, based on Roth’s Pulitzer Prize-winning 1997 novel, American Pastoral, and his 2008 book, Indignation.