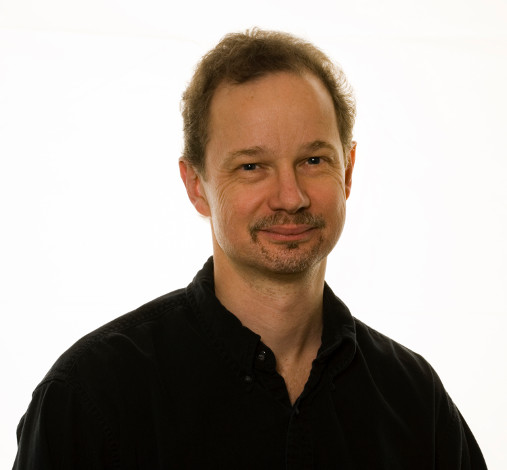 Roebuck Staples knew his way around both a guitar and the Bible. He took both seriously, a quiet student of both nuance and emotion, and he melded both in a soul-drenched version of gospel music that brought the fields of rural Mississippi into the streets of downtown Chicago. With three daughters and a son, “Pops” Staples took that sanctified sound into the realms of blues, R&B, rock, and soul—into so many corners of music, in fact, that Chicago Tribune music writer Greg Kot calls the Staple Singers “uncategorizable.”

In his new book I’ll Take You There: Mavis Staples, the Staples Singers, and the March Up Freedom’s Highway, which borrows its title from a Staples tune that mingles a touch of reggae to boot, Kot charts the long history of the Staples family. Long a Chicago favorite—and whose performance of “The Weight” electrified the already energy-packed Martin Scorsese film The Last Waltz, bringing a gospel inflection to one of the defining songs of the Americana movement—the Staple Singers may not immediately spring to mind when naming decisively influential soul acts of the 1960s and ’70s. Yet, as Kot notes, their recordings for the Stax label alone sold some 30 million copies, while their “Uncloudy Day” is one of the biggest gospel hits ever recorded.

For her part, with Pops and one of the siblings gone, the baby of the family, Mavis Staples, continues a thriving solo career, her last two records produced by another Chicago legend, Jeff Tweedy of Wilco. Entering her mid-seventies, Mavis appears to be enjoying her greatest successes yet after decades of recording and performing, and she shows no hints of slowing down.

“Thinking about it one day,” Kot says, “I realized that we had this treasure, this international treasure, living right here in our back yard.” That realization inspired his book about the Staples, although it took nearly 10 years for the stars to align. “When I pitched the book,” he says, “my agent got it, but the publishers didn’t. But now that everyone’s heard of Mavis, the time seemed right. I don’t really like the word, but it was a zeitgeist sort of thing.”

In thinking about that treasure, that “Americana” label, the presumed province of groups such as The Band and, yes, Wilco, turned out to be useful. “You could put Pops’ solo records in the blues category,” says Kot. “You could put Mavis’ solo records right next to Dusty Springfield’s. When Lauryn Hill inducted the Staples into the Rock and Roll Hall of Fame, she called them ‘folk soul warriors.’ That’s a nice thumbnail, but it still doesn’t touch on everything. Their music is a hybrid. They could sing in a gospel church one day, play a folk festival the next, and open for Janis Jop

lin the next. I think that speaks to Pops’ genius in the way he managed the band: He was strict and conservative, but he was always open to new sounds. But what’s amazing to me is that they were marketed as an ‘Americana’ act way back in the 1950s, way before that label was put to work describing acts like Lucinda Williams and Roseanne Cash.”

Pops was open to new ideas, too. A good part of Kot’s narrative concerns the Staple Singers’ role in the civil rights movement of the 1960s, traveling the back roads of the South and building a steadily growing audience for their music while pressing the case for justice. As Kot writes, Jesse Jackson called them “stars we could touch,” unafraid to come down from the stage to join a march or face down a police line.

For his part, Pops formed a firm alliance with Martin Luther King Jr., saying, “If he can preach it, we can sing it,” and giving gospel a worldly political edge it had hitherto mostly only alluded to. And if Pops and the Staple Singers assured their listeners that a reward was awaiting them in heaven, they also demanded respect and fair treatment in this world as well.

In this way, Kot says, the story of the Staple Singers is a window into the larger African American experience—and American experience, period. “They lived it all,” he says. “Pops came from a different world. He took part in the migration north, and his family in the civil rights movement. They saw Dylan and Baez come up, influenced countless musicians. They’re just not making people like them anymore.”