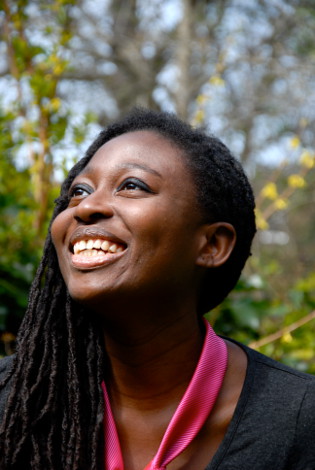 As Helen Oyeyemi tells it, the trouble with mirrors began once upon a time in a flat she kept in Prague—which, for whatever reason, happened to have a lot of them on its walls.  “I must have felt a bit bullied by all my reflections, because I became hostile toward them,” Oyeyemi, who was named one of Granta’s Best Young British Novelists last year, says via email from Prague. “And then I remembered that one of my biggest problems with ‘Snow White’ is the way everyone just believes what the mirror says. A more modern heroine, say post-1920s, would be asking a few questions about the ‘fairest of them all’ statement. For instance, on what criteria is the mirror basing this judgment, and what’s the source of the mirror’s authority?”

The trio of modern heroines in Oyeyemi’s fifth novel, Boy, Snow, Bird, asks many such questions, making for an inventive—and socially engaged—retelling of “Snow White.” “Nobody ever warned me about mirrors,” begins the flaxen-haired Boy, who, in the first of the novel’s many reversals, is in fact a girl, born on “the Lower East Side of Manhattan in the year nineteen hundred and thirty-something.” The novel follows Boy as she flees her abusive, rat-catcher father to the Massachusetts hamlet of Flax Hill, a town of craftsmen set oddly out of time. (“My film diet of golden age Hollywood makes me all too comfortable in imaginary America,” Oyeyemi—the British-raised daughter of Nigerian immigrants—says of her novel’s setting.) There, Boy eventually marries the widower Arturo Whitman, becoming a stepmother to his beautiful fair-skinned daughter, Snow. But when Boy’s own daughter, Bird, is born, the child’s dark skin reveals the Whitman family’s great secret: They are in fact African-Americans, passing for generations as white. The aesthetic preoccupation of “Snow White” is applied to the question of race, and the mirror’s judgment takes on a broader, more urgent meaning.

“The characters in ‘Snow White’ keep trying to read each other and deciding friend or foe based on inevitably superficial surfaces,” Oyeyemi says. “What Boy, Snow and Bird seem to have in common is that they either have or want other criteria for deciding where their loyalties lie.” In the past, Oyeyemi has used this juxtaposition between appearance and truth to generate a sense of the uncanny—the double of the Icarus Girl, for instance, or the shape-shifting Mr. Fox—but here, the “Snow White” dilemma—who determines what beauty means? What secrets won’t the mirror show?—addresses perception from a more sociophilosophical point of view. “In social contexts, these things play out as awkward and occasionally sad, I think,” Oyeyemi says: “that need to determine characteristics on sight, seeking out hooks to hang assumptions on.”

The mirror, of course, is a recurring metaphor for this misguided form of sight—it is, as Boy defines it, an “inscrutable personality (possibly impish and-or amoral), presenting convincing and yet conflicting images of the same object, thereby leading onlookers astray.” A trouble with mirrors afflicts the novel’s other titular characters as well: Neither Snow nor Bird, mysteriously, seems to show up in mirrors at all. When they do, their reflections appear to act for themselves. Of course, whether this is literally the case is, like most things in this novel, a matter of perception. Boy, for instance, staring at her reflection, might be vain or just surprised to see herself smile. The Whitmans, once their secret is out, might be only superficially “fair,” just as the rat catcher might be evil or else deeply misunderstood.

Since fairy-tale morality is dependent on just such skin-deep “readings”—good, bad, beautiful, ugly—Oyeyemi’s use of the form to examine and question complex social constructs tends to complicate such easy messaging, even, and perhaps especially, when it comes to creating a villain. “I’ve often found myself in sympathy with fairy-tale villains,” Oyeyemi explains, “because they’re often there in the interests of misrule and/or alternative values, which balances things out.” And so her characters slip in and out of the roles that seem prepared for them: the wicked stepmother, Prince Charming, the widowed father, even Snow White.

And yet fairy tales, many of which Oyeyemi embeds in her novel, tend, in their contextual blankness, to reveal certain aspects of truth. In Bird and Snow’s correspondence—a kind of epistolary novel within a novel that represents one of Oyeyemi’s effortless experiments in form, the girls exchange versions of a story called “La Belle Capuchine,” one involving a black slave who emulates her white mistress and the other, a poisonous garden that destroys the world. The stories—though it’s hard to believe given Belle Capuchine’s easy fit in the fairy-tale pantheon here—are Oyeyemi’s invention, and she explains that the two versions are used to reveal differences in the girls’ priorities. “Beauty,” she explains, “is either the deadliest facet of the sublime or it means nothing at all.” And yet Oyeyemi admits that she found such cut-and-dry logic surprising coming from her characters’ mouths. “As I wrote it, I thought, gosh, there’s no in-between with these girls.”

The tendency to be surprised by her characters seems to delight Oyeyemi, who writes with a lively curiosity about her world’s hidden possibilities. In fact, she comes across, both in her writing and in her (at any rate email) conversation, as somewhat impish and inscrutable too, if uninhibited and irrepressibly herself. “When something catches your attention,” Bird instructs in one of the letters, “just keep your attention on it, stick with it ’til the end, and somewhere along the line there’ll be weirdness.…A whole lot of technically impossible things are always trying to happen to us.”

This strikes one as an apt description of the effects of Oyeyemi’s writing itself. The fantastical emerges in acts of attention so organic as to cause little fuss, filling the work with tiny discoveries unearthed from the real: a talking spider, a “tyrannical” road, invisible kisses arriving scented in lemon peel. Oyeyemi, like Bird, merely allows magic, in narrative and language alike, to happen on its own and seems to see her role as mostly reportorial. “I don’t separate their experiences into fantastic or realistic elements,” she says of the characters in Boy, Snow, Bird. “They’re simply saying what happened. Except,” she adds impishly, “for the times when they’re lying.”

Jenny Hendrix is a freelance writer living in Brooklyn.