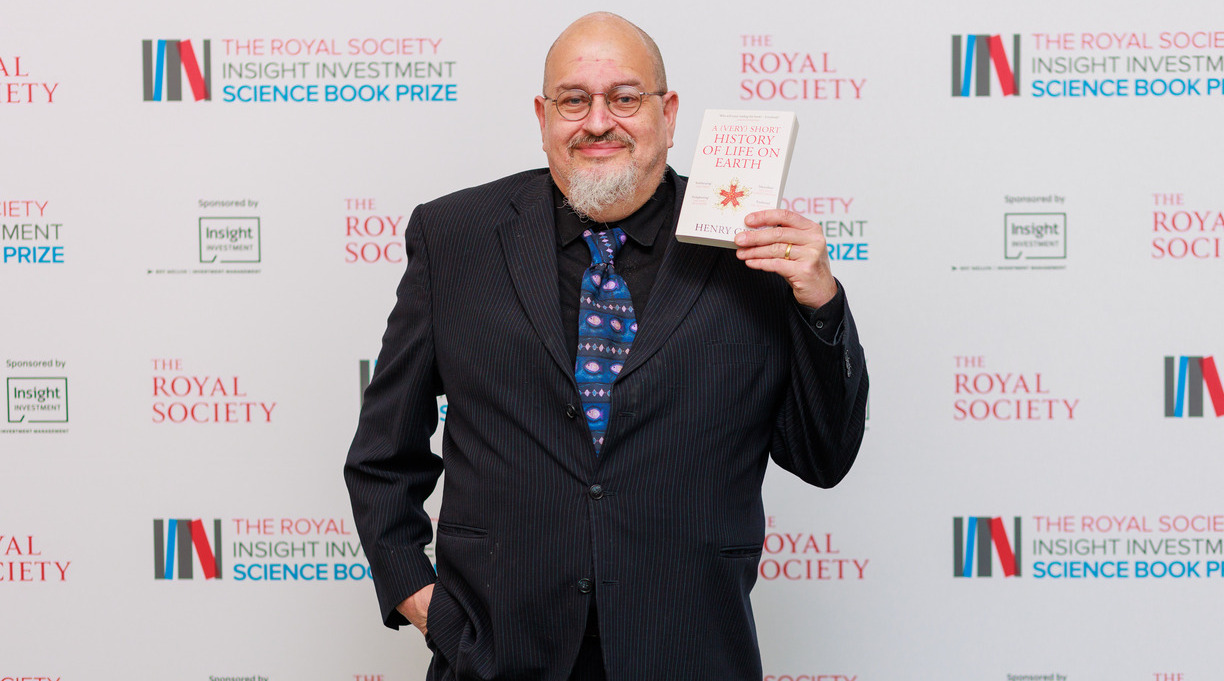 Henry Gee has won the Royal Society Science Book Prize for A (Very) Short History of Life on Earth: 4.6 Billion Years in 12 Chapters, the fellowship of scientists announced at a ceremony in London on Tuesday. The award honors “urgent writing which reflects the place of science in our cultural landscape.”

Gee’s book, a history of evolution, was published in the U.S. in 2021 by St. Martin’s. A critic for Kirkus called it “a serviceable history of life that one wishes were more comprehensive.”

“This is a book that the judges found truly immense in scale, a tour de force covering a huge amount of science in an entertaining tone with a remarkable thriller-like element in the repeated extinction and rebirth of life on earth,” the Royal Society said in a news release.

Maria Fitzgerald, a neuroscientist and the chair of this year’s judging panel, said, “This is history like you have never read before. Henry Gee takes us on a whirlwind journey through 4.6 billion years through the birth of the planet Earth, the emergence of life and the evolution of man, a species that is not only aware of itself but also of what will happen next.”

The Royal Society Science Book Prize was established in 1988. Previous winners have included Bill Bryson for A Short History of Nearly Everything and Caroline Criado Perez for Invisible Women: Exposing Data Bias in a World Designed for Men.