Rereading the author of Siddhartha and other teenage companions 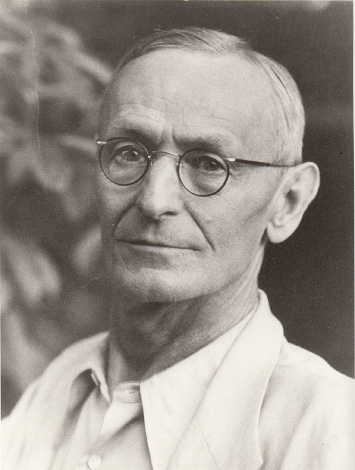 When I was a teenager, way back in the days of Watergate, I fell under the spell of the German writer Hermann Hesse (1877-1962). The author of a dozen novels, as well as lesser-known books of poems and essays, he was just right for the age and the time: He wrote of despairing young men who, cruelly misunderstood by those around them, bookish and sensitive, rejected the corrupt world of their elders and made way for the “exalted emotional life…[of] a man who is capable of awe, who yearns for an inspired, in some way ennobled existence."

Reading Hesse was an ennobling thing indeed, as if to say, take that, Richard Nixon! Take that, draft board! Take that, creepy grown-ups! But alas, as we were taught in the song “Puff, the Magic Dragon,” such things come around only once. At 16 or 17, Hesse’s vision of a young prince who renounces the world for wisdom and compassion, the stuff of his biographical novel Siddhartha, is just right; a decade later, it seems a wispy dream. It does not help that Hesse’s middle-aged men, such as the protagonist of Steppenwolf, behave like petulant and pouty teenagers or that his most idealized world, the fairy tale–meets–academy Castoria of The Glass Bead Game, is without much in the way of beer, rock ’n’ roll, or fun. Bookish adults may embrace that world as a getaway from the world as it is, but bookish teenagers—well, even they need amusements beyond the written word.

In my life, then, Hesse was just right for the time. I find it hard, even groanworthy, to read much of him now; he is as much a creature of his day as Horatio Alger was, and his protestations now read faintly, as against the more vigorous negations of, say, Bartleby the Scrivener. None of that is Hesse’s fault, of course: He lived when he lived and wrote what he wrote, not really imagining that he would become a writer forever condemned to speak for hormonally bewildered, angst-y teens. Indeed, he grumped about youngsters reading Steppenwolf and taking it up as their own. He was 50 when he wrote it, he complained, so what connection could they make to what was on his mind?

But Hesse, to his credit, serves another purpose; as Adam Kirsch notes in a recent New Yorker piece, his books serve as a kind of “literary gateway drug” to more serious reading. You want angst? There’s Hesse’s Peter Camenzind for when you’re 16. By the time you’re 30, if you’ve retained your good reading habits, Dante will sing to you. Come 50, and you’ll grok what King Lear was bothered about, to say nothing of Philip Roth. Come 60, and with luck you’ll have attained the calm mind that Siddhartha was after.

Many other writers fall away, appropriate to a certain time and place but not able to make the leap into the next. I will forever cherish reading Jack Kerouac’s On the Road as a teenager and taking it as talismanic that one needed, like Odysseus, to know many cities and the minds within them. The book grates now. It seems often silly, constantly self-indulgent, and certainly careless of the feelings of others. Dostoyevsky, same deal: His disgust at the world spoke to me at 20 but seems preachy now, especially when he takes up the czar’s cause as his own.

It may not be such a good thing to dwell too much on where the fault lies in the perception of those former stars. Reading specialists debate whether it’s advisable to reread at all, except when required for study. Says Carl Deuker, the author of YA novels, of his youthful favorites, “I hate to spoil the good feelings they created.” The thought is well-taken, as is the observation of literary education scholar David Galef that “the standard view is that rereading is an additive process, wherein we perceive more and more about a given work until we have internalized the very words. However, such continual review also dulls certain sensibilities.” In other words, our minds are plastic, ready for some sentiments and ideas that are just right at 16 but not so much 20—or 40 or 60—years later.

Adolescence is a rough patch under most people’s measures, and it’s probably for that reason that many teenage devotions don’t hold up so well. In my case, Heinlein doesn’t hack it these days, Brautigan doesn’t bop as much as he once did, and Tolkien—well, I’m inclined to the films and not the books. Strangely, the texts from the past that I enjoy most these days are the ones that well up from way back in childhood, things like the Winnie-the-Pooh yarns, The Wind in the Willows, “The Midnight Ride of Paul Revere.” No right-thinking person would ever wish to live a second teendom, but a second childhood—well, at the dawn of old age, it doesn’t seem like such a bad thing at all.