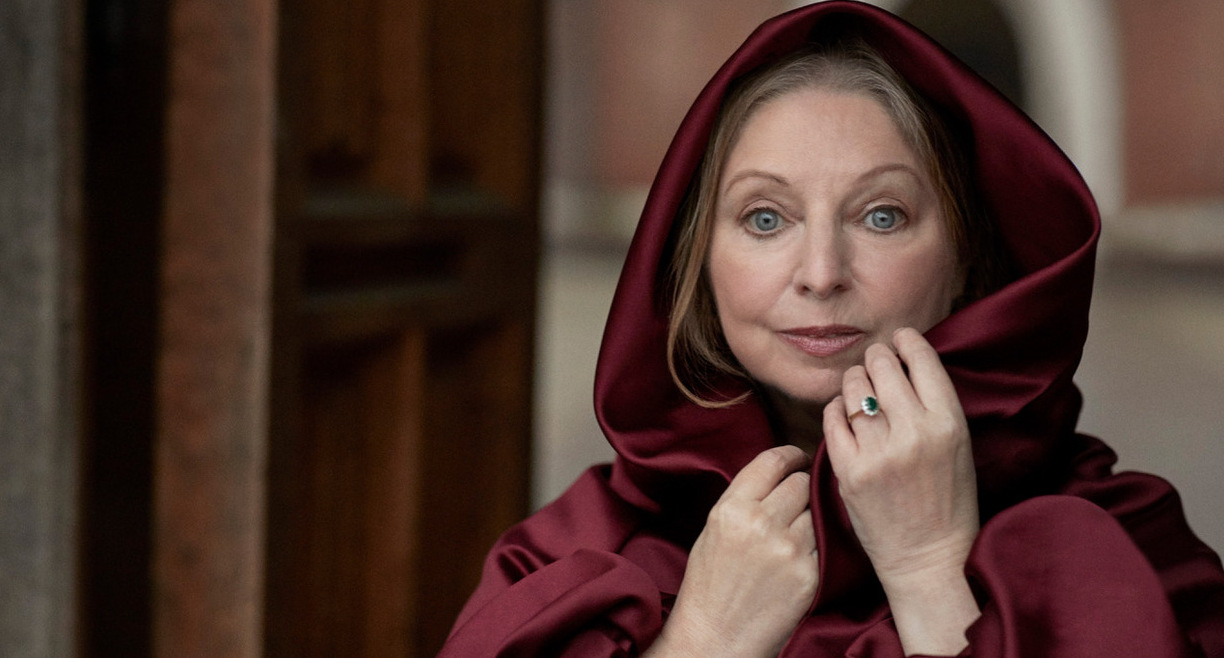 If you know Hilary Mantel only from Wolf Hall (2009) and its sequels, you might be surprised by Learning To Talk (Holt, June 21), a slim collection of loosely autobiographical short stories about her childhood in northwest England. But if you’ve read her memoir, Giving Up the Ghost (2003), you’ll be familiar with the outlines of her unusual tale: When she was about 7, living in a working-class town with her parents and younger brother, her mother moved a lover into their home, and young Hilary lived with two fathers for four years—until her mother, her mother’s lover, and the children moved out, to a more middle-class town. Mantel, 69, recently sat down for a Zoom conversation, which has been edited for length and clarity.

I’m curious how your large historical novels relate to your small autobiographical stories.

Oh, I think everything’s connected. It’s the same self who sits down to write, but there are two different wells to draw on, if I may put it like that. What they’re both driven by is my obsession with getting at the truth. And an appreciation that the truth is multiple, that it’s complex, it’s nuanced. It’s sometimes obtainable, sometimes not. But it’s never pure, and it’s never simple. I think that obsession underlies all the work. There’s a part of me that says, Let’s have the facts and let’s have them straight. And there’s another part of me that says, You know that’s never going to happen, don’t you? I’m trying to make the relationship between those two parts a creative one.

You say in your preface that you’d call these stories autoscopic rather than autobiographical. What did you mean by that?

Imagine me with a double walking by my side, with a big shadowy overlap. These are stories that have a strong element that’s as true as I can make it but with a slight intensification of parts, an occasional rearrangement of chronology. I suppose that it’s a book of questions rather than answers. The stories are puzzles; they’re me trying to puzzle something out. Usually, why did the adults act in a certain way? What did they mean, as opposed to what did they say? And because I can never settle on one interpretation, it seemed good to have a shadow self. So they’re all potential selves, and they’re all potential truths.

You wrote these stories over a long period of time, and they were first published as a book in Britain 20 years ago. Rereading them today, were there things you noticed that you might not have noticed before?

I suppose that, as the years went by, they became flatter and simpler in my mind. So when I reread them, I was surprised at their complexity and ambiguity, which I think is the product of long evolution in the mind and on the page. They didn’t all take as long as “King Billy,” which took me 12 years. But what I didn’t know at the time was that “King Billy” was in itself a sort of study for—a rehearsal for—my story “The Assassination of Margaret Thatcher,” which was another story that seemed like half a lifetime in the gestation. But those two stories are definitely linked. And what I have a sense of now is all sorts of little echoes and pickups and transfers, preoccupations that I see running throughout my work.

It’s difficult to say, because it’s on a linguistic level, but I’ve always been intensely intertextual. I was noticing, when I was working on the stories again, how there’s the Shakespeare line [from Hamlet] about the sheeted dead shrieking and gibbering in the Roman streets—I probably haven’t got it quite right—and I noticed that half of it’s referenced in one story, and half of it’s referenced in another. Now the stories were written way, way apart, but this is the kind of unconscious linguistic thread that you carry from one enterprise to another. It’s always good when you pick up on those little things. It makes you think—you know, there’s a temptation to keep the unconscious in its box, to keep suppressing because of the painfulness of memory sometimes. But you’re conscious at such times that it’s not a question of keeping it in a box, because these memories are not objects; they’re a flowing stream. And they connect, and there is a string that can’t be stopped. They’re always there, and you may not be conscious of them, but the flow goes on. So I think, as a writer, you have a complex relationship with material that’s painful and you keep out of sight. So if you come across something that’s a product of that flow, but it actually takes you unawares and makes you smile, that’s a lovely bonus.

One of the big events of your childhood is that you moved from one town to another with your mother and stepfather, leaving your father behind. And at the same time, you were moving from the working class into the middle class.

It was a huge change, because in Hadfield, everybody knew all about you, and life was very communal, in a sense. People walked in and out of each other’s front doors freely. There were no places to hide except the confessional box, and I’m not even sure that was secure. In fact, I very much think it wasn’t. And then we moved to this pleasant town in the next county where people made a fetish of privacy and formality and correctness. And I used to walk around the streets like an anthropologist, but with a mental notebook, looking at the size of people’s houses and wondering whether it changed your perception of life to look out through those square bay windows or round bay windows.

The title story, “Learning To Talk,” is about taking elocution lessons.

I came from a village where there was a very heavy accent. This was a source of mirth to the children at my new school. But I didn’t care; I was very defiant. The lessons were my mother’s idea, but she needed to do it on the cheap, and she was also far too shy to go and meet my teacher. If she had, she might have recognized that the teacher herself had an accent that she’d obviously never been able to lose. So the whole thing was rather fertile territory. Of course, it was also very funny but more in retrospect.

Your mother is such a vivid character. What was it like growing up with her?

She was a very powerful character—she wasn’t someone you forgot. She was a very beautiful woman, and she had a number of talents. She could sing, she could dance, she could act. She could decorate cakes and arrange flowers. All the decorative arts were at her fingertips; she was an ornamental creature and she could ornament things. But at the same time she was a seething mass of resentment, ambitions thwarted. She could have been capable of so much, but she left school at 14 because that was what people did in the place we came from. And she didn’t really try to remedy that in later life. Rather, she fell into a posture of resentment and it being other people’s fault.

Your stepfather, Jack, has a bigger presence in the book than your father. Did your father disappear from your life after you moved?

Yes, and I never knew what happened to him until quite recently. He married again, and he didn’t have any more children, but he became stepfather to a family of six, five of whom were daughters. And he was dead by the time I found this out. But the eldest of the stepdaughters, who was my own age, kindly got in touch with me and she gave me back some of the things that I most associated with him. One of them was this little traveling chess set he had. And she gave me his army papers, death certificate, and a few little photographs. It wasn’t much, but it certainly meant a lot, because he had been a shadowy presence, vivid in my early childhood and then gradually fading out entirely.

It is sad. And of course, you become aware of how much of yourself is him. You know, I’m a much more introverted character, much more bookish and withdrawn than my mother. And I realized that that comes from my father. Because my mother was such an influence on me, it might seem to the world that I had no father, but of course I know I did. And when I got his army papers back, it said that Cpl. Thompson went about his work diligently with little or no supervision and was fit to be trusted with confidential matters. And I thought, yes, that’s me.