Hollywood: It’s Not Just for Reptiles 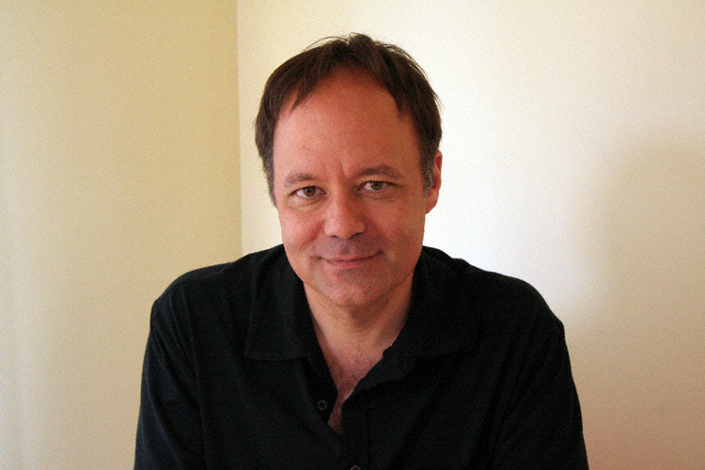 Matthew Specktor is sticking up for a city that writers and filmmakers have been dissing for far too long. “I read wonderful books set in Chicago, London, Brooklyn,” Specktor says. “Shouldn’t Los Angeles be treated on par with those places, and not as an aquarium filled with beautiful but poisonous fish?”

With American Dream Machine, Specktor, author of the novel That Summertime Sound and a founding editor of the Los Angeles Review of Books, depicts the movie business, and L.A. proper, in a way that celebrates its humanity and even dignity.

“I’ve worked in Hollywood, that’s my background, and it’s a very human arena that gets cartoonized in just about every literary and cinematic depiction,” Specktor says. “Nathanael West, Joan Didion, even Entourage and The Player, all of which are fantastic, don’t entirely solve the problem. The movie business is not actually populated by reptiles. These are human beings as worthy of fictional attention as anyone else.”

Spanning two generations of a tangled movie-industry family, American Dream Machine is a modern Los Angeles epic. Nate, the novel’s narrator, is the illegitimate son of legendary agent and film producer Beau Rosenwald. A loud, brash character whose imposing physical size is only matched by his infamy, Rosenwald is as likely to throw a fit—his legend is created when he uses one of his boss’ prized possessions as a toilet—as charm someone into bed. Specktor uses sharp writing to make this dynamic, often monstrous character recognizable and sympathetic: “For an instant, [Beau’s] vision flickered. His tongue curled. There was nothing like calm to set a man off. Watching his kids sleep drove Beau crazy. He needed the chaos of the movie business, to match that madness inside him.”

Nate mostly focuses on telling Beau’s story, including his endless stream of wives, his role as reluctant father, and his constant cycle of rising and failing in Tinseltown. Alternating with Beau’s chapters is Nate’s own life, growing from a drugged-out, privileged son of Hollywood royalty to a writer successful in his own right.

Specktor drew on his own unique background and memories to create Beau and the world of American Dream Machine. Not only has Specktor worked in the movie industry, as an executive for Tribeca Productions, Jersey Films, and Fox 2000, but his parents also both worked for the film industry. His mother was a screenwriter and his father, like Beau, was a talent agent.

However, Specktor is quick to dispel any notions that his father is Beau. “I made sure my protagonist was as unlike my actual father as could possibly be.” Instead of drawing on real-life people, Specktor drew on his memories of setting and place. “I felt I could be faithful and perhaps a little romantic about setting, which set me free to be less romantic about action and who these people are.”

American Dream Machine takes readers into situations that might seem familiar: the drug-fueled party at a star’s house in the hills, tense meetings between executives, dimly lit wood-paneled bars filled with players and movie stars. Yet Specktor’s lyrical writing and insights into human nature elevate the novel into fresh territory. There’s also a constant lingering sense of tragedy and the awareness that when you’re at the top there’s only one direction to go.

Specktor knows that writing about a world he’s connected to has its own risks. After all, what if his father and his Hollywood friends didn’t like the book? But it turns out that Specktor has created a dynamic portrait of Hollywood that appeals to readers inside and outside L.A. Specktor even admits to being unsure about the boundary between truth and fiction in his novel. “There’s so many apocryphal Hollywood tales that I’m not even aware of,” Specktor says. “Sometimes people in L.A. will say, ‘I can’t believe it. I recognized everybody!’ Which is good because I don’t know who half these people are.”

The most impressive aspect of Specktor’s novel is his ability to follow Beau and his sons across decades. Readers suffer through the tragedies, including a heart-stopping scene involving an accidental shooting, and soar with each character’s triumph. This depth is possible because the characters in American Dream Machine, even though they work in the dream factory, feel three-dimensional and real. “I’ve heard this referred to as a ‘Hollywood novel,’ and that’s the book’s subject matter,” Specktor says, “but God help me if that’s all the book is.”

Specktor’s next novel, which he’s only recently begun, is not focused on L.A. or the movie business. But much of the rest of Specktor’s work has a distinctly Californian tilt. He’s worked with James Franco on an adaptation of Steve Erickson’s novel Zeroville, which is also about the film industry. Specktor also still works as an editor for the Los Angeles Review of Books.

Working in so many different mediums helps keep all of Specktor’s projects that much sharper. “I love it,” he says. “Editing is looking after other people’s writing, it’s a pleasure, and it gets me outside the locked box of my own head.” Even screenwriting, often decried as not “real” writing, teaches Specktor about how to shape scenes in his own novels.

“I was given to understand Los Angeles was very bad for writers,” he offers. “People still represent L.A. in that light. That seems ridiculous to me; it’s outdated, defensive and disingenuous.” There are a lot of myths about the movie industry and what happens to novelists who head to Hollywood. American Dream Machine, and even Matthew Specktor himself, challenge the boring, old assumptions about Tinseltown.

Richard Z. Santos is working on his first novel. He's a member of NBCC and PEN; his work has appeared in Nimrod, The Rumpus, The San Antonio Express News, and many other publications.