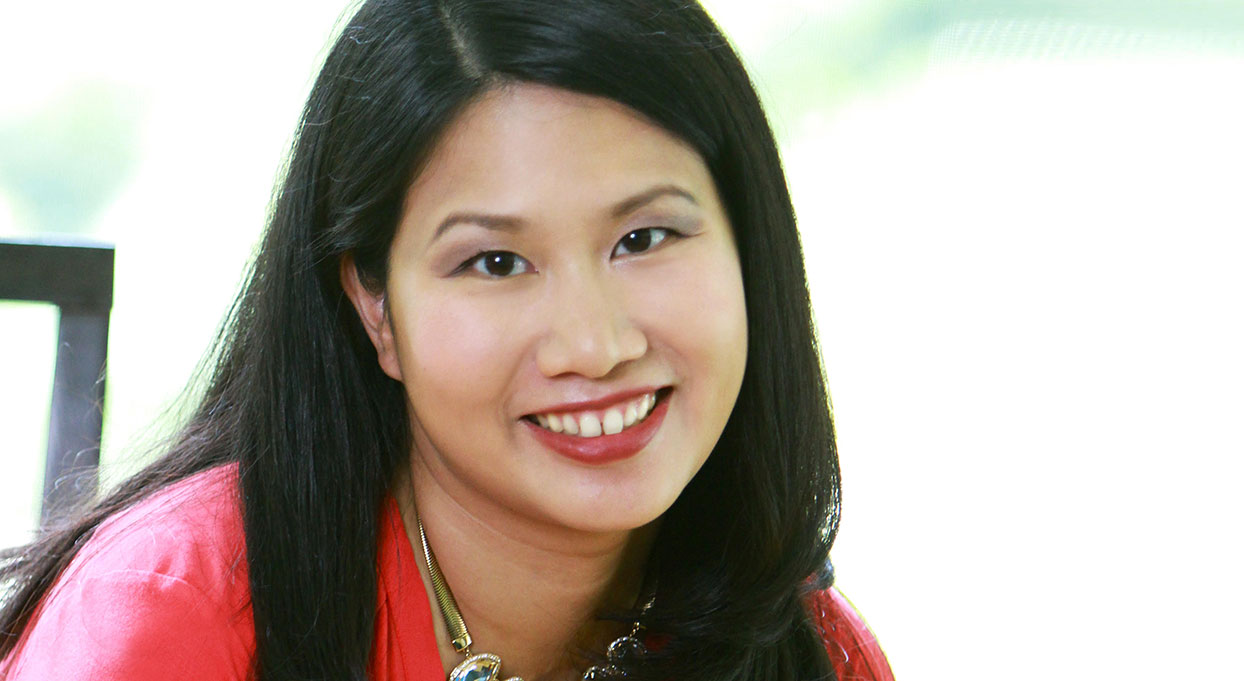 If you could go back in time and kill baby Hitler, would you? On its face, the answer seems obvious—of course it’s worth killing one person to save millions—but the more you think about the question, the more complicated it gets. What if that one person was an innocent? Or your friend? Or your child? And could you even be sure that killing one person would change anything?

Those questions inspired Pintip Dunn’s new YA novel, Malice, about a teen receiving messages from the future in order to help her prevent a devastating pandemic. “The book really combines all the things I’m interested in: time travel, big epic sacrifice, end of the world stuff,” Dunn says.

Growing up the daughter of Thai immigrants in Kansas, Dunn always knew she wanted to write. When her first grade teacher asked what she wanted to be when she grew up, the answer was simple: an author. “All my life, though, I was kind of steered away from it,” she says, “by my parents and by teachers, because they saw it as a frivolous thing that wasn’t going to lead to a steady career.” So she followed her English undergrad at Harvard with a law degree from Yale.

Still, that childhood dream of writing remained. “When I was a lawyer, I would get up two hours early and write before I went to work,” she says. “I was just trying to fit writing in any place that I could.” This routine was further complicated by fibromyalgia, which left her unable to type without severe pain. She took her law school exams orally and used dictation software instead of typing. (She now writes all of her books on her phones, where the letters are close enough together not to be painful.)

When a severe flare-up forced her to take six months of disability leave from her law firm, she decided to commit herself to writing a book. “For six months I could do nothing but lie there, so I wrote my first novel that I was going to query lying underneath a glass coffee table with my laptop facedown on the glass and speaking into a microphone,” she says. Once the leave was up, she decided not to go back to practicing law and focus on writing full-time instead.

Since then, Dunn has published seven novels, all with indie publishers. But Malice is the first for which she sold the idea before writing the book. She and her editor came up with the concept together, while brainstorming after a conference. “This book was really different because it was a collaboration,” she says. “We came up with the idea together, we bounced ideas off each other….That was a really interesting process for me.”

Alice Sherman is a junior at a STEM-focused high school in Maryland along with her genius brother, Archie, and lifetime best friend, Lalana, when she starts hearing a mysterious voice from the future. First, she’s told to confess her love to a boy she barely knows, then to plant drugs in her best friend’s locker. The tasks only escalate from there. Before long, she discovers that the voice is a future version of herself who is desperate to prevent one of Alice’s classmates from creating a virus that will wipe out two-thirds of the world’s population. But she won’t tell young Alice who exactly the virus maker is.

Much of the plot turns on Alice’s relationship with her future self, who sometimes goes by Malice, and whether she can trust this voice in her head. “Based on the way that your life plays out and the decisions you’ve had to make, how does that change you as a person?” asks Dunn. Is it Alice’s faith in her classmates that’s foolish or is it Malice’s insistence that one of them has to die?

A key classmate is Bandit Sadka—the Thai basketball player that future Alice inexplicably demands present Alice confess her love to. Despite Malice’s warnings not to fall in love with him, Alice finds herself drawn to the adorable (but arrogant) boy. It was important to Dunn that her hero be Asian—in fact, she based the character, or at least his penchant for blue hair, on her son. “When my sister found out that Bandit was inspired by him she was really horrified that she was crushing on a grown-up version of her nephew,” Dunn says.

For her next book—a rom-com about a girl whose parents force her to date, but only on their terms—Dunn is going one step further: Both the hero and heroine are Thai.