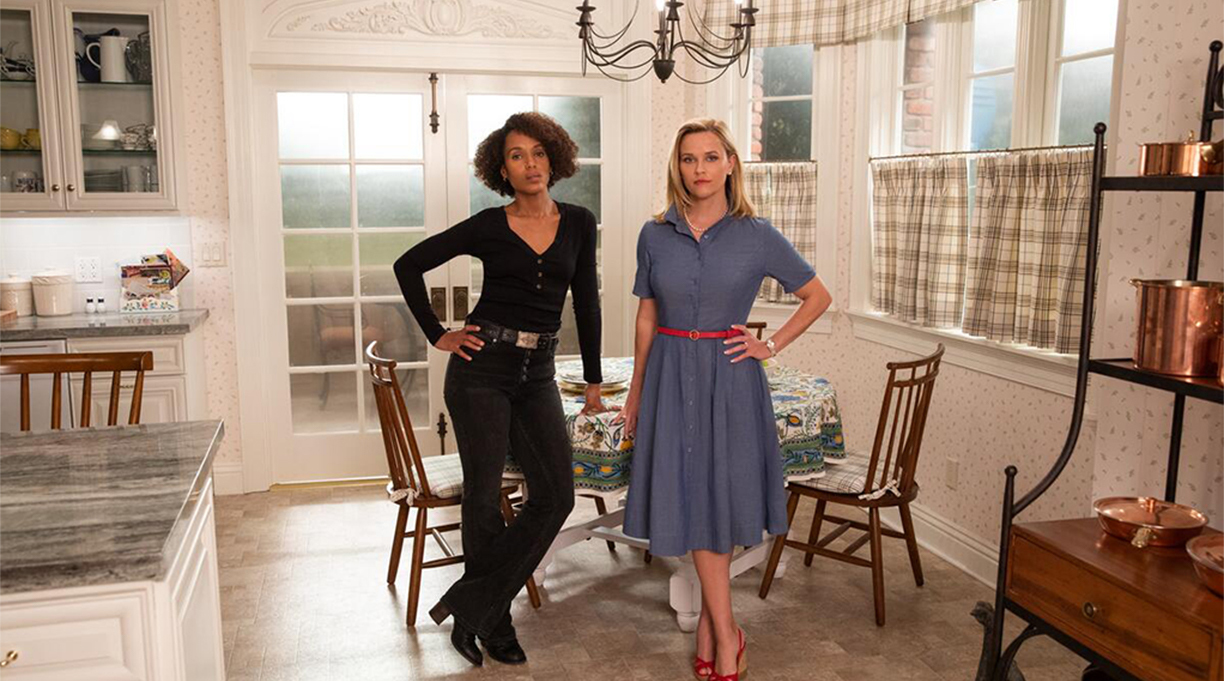 In 1962, folk musician Malvina Reynolds wrote a song called “Little Boxes,” a decidedly unsubtle critique of suburban conformity in which houses are “all made out of ticky-tacky”—whatever that is—and “they all look just the same.” Countless novels and films, from Richard Yates’ bleak 1961 novel Revolutionary Road to the deeply problematic 1999 film American Beauty have tread similar terrain, telling tales of men and women who simply yearn for something more—something beyond the suburbs’ manicured lawns and empty aspirations. In fiction, it’s long been settled law that the suburbs are nothing but a soulless wasteland, to the degree that it’s become a cliché. That’s why it’s so strange that Celeste Ng’s 2017 bestseller, Little Fires Everywhere—and its Hulu miniseries adaptation, which premieres March 18—treat it as a fresh insight.

Both the novel and miniseries are primarily set in the wealthy planned community of Shaker Heights, Ohio, a Cleveland suburb where even the height of the grass on one’s lawn is strictly regulated to ensure maximum sameness. The lives of an outwardly perfect nuclear family, the Richardsons—which includes stiff-backed perfectionist mom Elena; a frequently absent lawyer dad; two sons, Moody (sensitive) and Trip (jockish); and two daughters, Lexie (popular) and Izzy (prickly)—intertwine with those of the new tenants of their rental property: restless, financially struggling mixed-media artist Mia Warren and her whip-smart daughter, Pearl. In a side plot, Mia’s co-worker at a Chinese restaurant, undocumented immigrant Bebe Chow, attempts to get her baby daughter back after leaving her at a fire station; the Richardson’s white friends, the McCulloughs, took the child in and renamed her and are now fighting to keep her for themselves. As the story opens, the Richardsons’ house has burned down and Izzy is missing; the rest of the novel shows the events that led up to this conflagration.

The tale ambitiously addresses many thorny themes—including class, motherhood, white privilege, and the role of art in society—and it often does so in insightful ways. But it keeps coming back, over and over again, to the evils of conformity; a rebellion against it leads directly to on-the-nose arson—the “little fires everywhere” that destroy the Richardsons’ not-at-all-metaphorical house.

Kirkus’ starred review said that “for a family like the Richardsons ... disdain for conformity acts as an accelerant,” but the same might be said for Ng herself, who grew up in the real-life Shaker Heights and seems most inspired when burning its conformity down: “Izzy tried to imagine going back to life as it had been before: life in their beautiful, perfectly ordered, abundantly furnished house, where the grass is always cut and the leaves were always raked and there was never, ever any garbage in sight. …” This ticky-tacky attack, offered surprisingly late in the book, goes on a bit longer—but it’s nothing that readers haven’t seen many times before.

Seven of the miniseries’ eight episodes were available for review; the show makes a few changes to Ng’s story, but they don’t add up to very much in the end. For example, Mia and Pearl, whose skin color is unspecified in the book, are black in the show, and there are many references to this—as when, early on, the very white Elena repeatedly and pointedly describes her new tenants as “African American” and the casually racist Lexie makes an offhand comment about affirmative action. But this dynamic never leads anywhere particularly interesting, nor does the new addition of Mia’s bisexuality, which is never meaningfully explored.

Still, the performances are quite good, for the most part; Scandal’s Kerry Washington, who co-executive-produced the series with co-star Reese Witherspoon, plays Mia with a simmering intensity, and Megan Stott, as Izzy, convincingly gets across her character’s aimless adolescent anger. Witherspoon, however, simply plays Elena as a variation on the many suburban characters she’s played before—and in the end, they all look just the same.