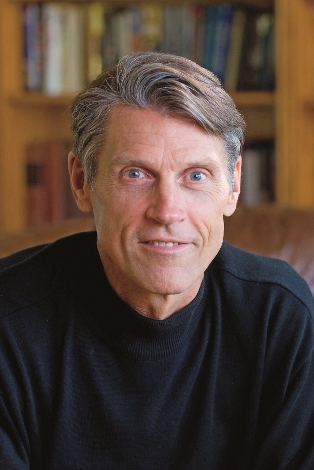 It’s easy, if you’re politically so inclined, to dismiss Ronald Reagan as a mere actor who bumbled his way onto the film set called the presidency, an intellectual lightweight in a White House full of geniuses, a political naïf in a hardball world.

It would be easy. It would also be wrong.

So says H.W. Brands, the eminent student of American history who, when not teaching at the University of Texas, has been busy writing weighty tomes each one of which would be a major accomplishment in a lesser career. Taken together, several of those books, including his newest, Reagan: The Life, add up to a de facto multivolume history of the United States, extending from the colonial era to our own time. That’s no accident: Brands happily allows that while publishers once recoiled at the very idea of a series billed as such, no one seems to mind that he’s created one on the sly—and especially since books such as Traitor to His Class: The Privileged Life and Radical Presidency of Franklin Delano Roosevelt and Andrew Jackson: His Life and Times have done so well in the market.

But back to The Gipper. “A lot of the time, when Reagan was president, his critics didn’t take him seriously,” says Brands. “I didn’t take him seriously either. I started out thinking that the good things that happened to and for the United States when he was in charge just sort of happened, that he was just a very lucky guy. I don’t discount accidents of timing, but I’ve also concluded that Reagan was a very astute politician. He had to have been: He won two terms as governor of California, two terms as president of the United States. He mostly did what he set out to do, and that’s not a bad record.”

Mostly. But then, Brands notes, Reagan also routinely doubled back on campaign promises that would have the modern Tea Party howling for his blood—and that would probably make it impossible for Reagan to gain the Republican nomination today. For one thing, not two months after Reagan promised to “match outgo to income” as governor, taxes shot up to record levels in the Golden State. The lesson to learn there is one that military planners well know, namely, that no plan ever goes on intact once the first shot is fired. Translated into political terms, it means that compromise is a necessity in any democratic negotiation, and though compromise is a dirty word today, it allowed Reagan to win more fights than he lost. As he said, “I’m willing to take what I can get.”

As Brands’ biography reveals, Reagan, as well as a consummate politician, was both an essential loner with something to prove and a man doggedly determined to win. He came into electoral politics after appreciative backers listened to him extol Barry Goldwater at a 1964 campaign event, an electrifying moment with which Brands opens his story, and realized that the “washed-up” actor had depths that they hadn’t realized. Soon his name was coming up in discussions of candidates for the California governorship—and even the presidency. Having been involved in union leadership, back before he became anti-union, he was used to the rough and tumble of politics. But more, his conviction that, after having been demoted to below the B list of Hollywood actors, he would never enjoy a mass audience again “sharpened his hunger for the satisfaction only applause could bring.” And Reagan, it is safe to say, was never more at home than when in front of an audience of strangers, never more alone than when among family and friends.

Approaching Reagan’s life and times as a historian rather than as a pure biographer gives Brands liberty to look at processes as well as personalities—the end of the Cold War, say, and the rise of the modern conservative movement. But, throughout his 800-plus-page narrative, he returns always to Reagan as an individual—and a shrewd, thoughtful individual at that. “Reagan was a master at many things,” says Brands, “and perhaps the most important of them was his ability to convey his message to and connect with the American people in a direct, emotional way. Roosevelt did it with radio, Reagan with television, but both did the same thing: They promised hope.”

While appreciative of Reagan’s accomplishments and the difficulties he overcame throughout his life, Brands is far from uncritical in his biography, so much so that no one will likely think him a convert to conservatism—and certainly not in Texas. But that’s beside the point. “I think of my readers in many ways as an enlarged classroom,” he says, “and part of that means keeping my politics out of my history. My purpose is to make the important subjects I write about understandable to today’s readers. I’d like to think I do that without any political axes to grind.”

Readers will judge whether he’s succeeded, but whether they emerge liking or disliking Brands’s subject any more than they did before reading his book, they’ll at least understand Ronald Reagan better. And that’s not a bad record at all.