Ilan Stavans and Josh Lambert on Their Yiddish Anthology 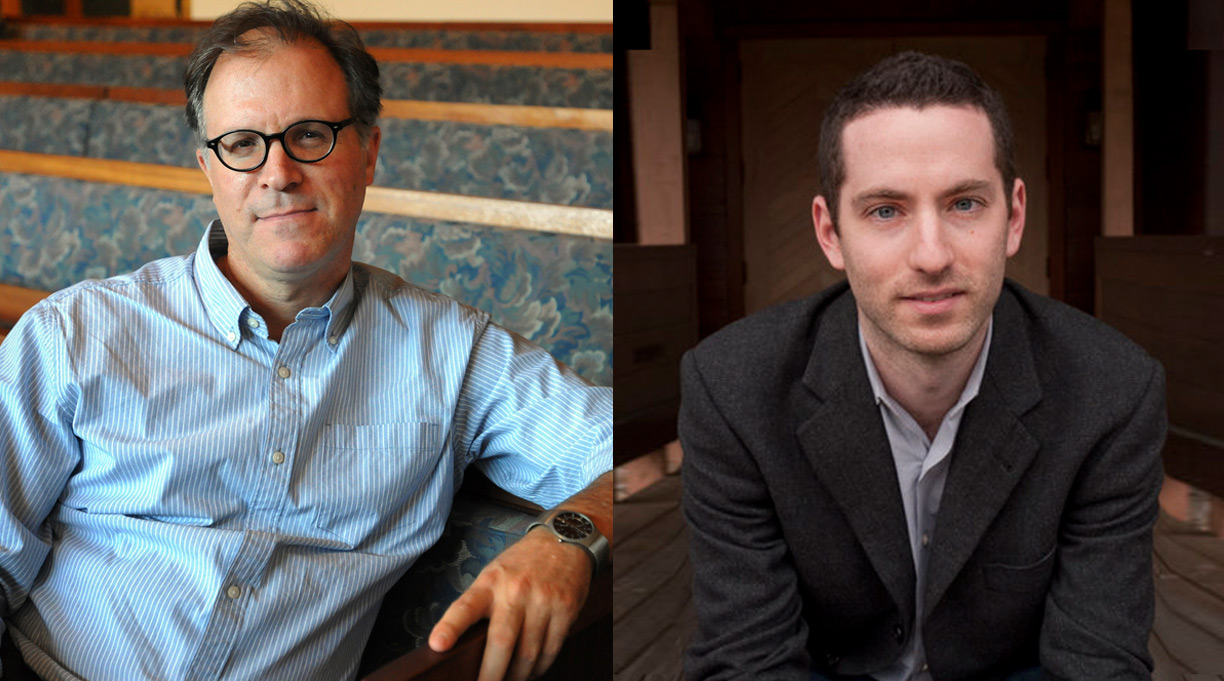 Ilan Stavans, who, with Josh Lambert, co-edited How Yiddish Changed America and How America Changed Yiddish (Restless Books, Jan. 21), can’t help but be amused that an anthology charting the relationship between Yiddish and America was done by a Mexican and a Canadian.

The impetus for the anthology was to mark the 40th anniversary of the Yiddish Book Center, says Lambert, who serves as its academic director. “It’s an amazing moment for this scrappy institution that Aaron Lansky basically started in the back seat of a car,” he says. “He was trying to convince people that Yiddish is interesting. This anthology really celebrates that.”

The anthology spans more than a century of essays, fiction, play excerpts, cartoons, memoir, good old-fashioned wordplay, and more. There are even Crisco recipes for Jewish housewives from Proctor & Gamble.

Stavans, publisher of Restless Books and a Lewis-Sebring professor of Humanities, Latin American, and Latino Culture at Amherst College, echoes that Yiddish is far from a dead language. How else to explain the box-office smash that is the all-Yiddish revival of Fiddler on the Roof that opened off-Broadway last February. “I am fascinated by this phenomenon,” Stavans says. “People connect with Yiddish sometimes through nostalgia, sometimes through a sense that this is an immigrant language that compares to other immigrant languages. There are many in the audience who do not know Yiddish who are reading the subtitles and connecting with the play.”

The two spoke with Kirkus on a conference call about how Yiddish is trending. Who nu?

What is your relationship to Yiddish?

Josh Lambert: I grew up in a Jewish community in Toronto, Canada. My grandfather was an immigrant from Poland. My mother understood Yiddish but never spoke it. My grandparents never spoke Yiddish to me. In grade school and high school, Yiddish was never mentioned. But then in my undergrad studies at Harvard, a professor taught me some Yiddish literature in translation. As I moved on to grad school, my professors suggested it was time to stop reading translations and learn the language. By that point my grandfather had passed, and I had lost that link to the last native Yiddish speaker in my family. I studied the language with teachers and academics.

Ilan Stavans: Yiddish was my first language. I am a grandchild of Eastern European Jews from Ukraine and Poland. Some of them couldn’t make it to the U.S. because of immigration quotas. They ended up in the Caribbean and eventually in Mexico. Yiddish for me has always been the roots, the grounding. It connects me to a long chain of generations who have come before. Yiddish has not perished but is thriving in all sorts of ways. It is resilient and passionate; there are things you can say in Yiddish that you can’t say in any other language. New generations are taking to it. It’s a thrill.

What is the most rewarding thing for you about putting together this anthology?

IS: An anthology is a portal that opens to a new world, as if to say, “If you go through this door or turn this page, you will discover a world that will be your own.” You want readers to become searchers so that after sampling an author in the anthology, they will go to the library and ask for that author’s books.

What Yiddish expression or proverb most resonates with you?

IS: It’s Isaac Bashevis Singer’s epigram that opens the book: “We have to believe in free will. We have no choice.” It’s a statement of Jews going against the current that is often tragic, but we move forward and have to believe we will survive in the ways and the language we have been carrying on for some time.

There is truly something for everyone in this anthology. Do you have to be Jewish to enjoy it?

JL: I certainly hope not. No one thinks you have to be British to enjoy Shakespeare. Yiddish culture is exciting and surprising and totally compelling for anyone who’s interested.

IS: In regard to Shakespeare, if you’re British you have a sense that this is a history that touches you. I would say you don’t have to be Jewish, but if you are Jewish it does help.

Donald Liebenson is a Chicago-based writer for the Washington Post, the Los Angeles Times, VanityFair.com, and Vulture.com.