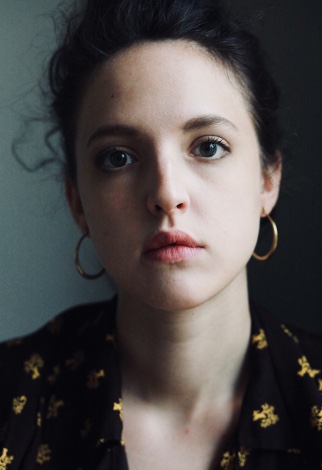 “Bonjour. Je m’appelle Midhat Kamal.” Midhat, a Palestinian medical student, wants nothing more than to live in France. He has dreamed of that since high school in Constantinople, even in classrooms “whose windows had displayed a hot Turkish sky, and admitted shouts of Arabic from the water.” He is not deterred, and finally he works his way across the Mediterranean from Nablus to Montpellier to study medicine. He dreams in French, knows the parts of the body by their French terms, is steeped in the ideals of liberté, egalité, and fraternité.

He experiences love and loss, but after a time, though aspirationally French to the depths of his soul, he returns to Palestine in the waning years of British occupation. Palestine is rapidly changing, colonized by European Jews heeding the call of Theodor Herzl to return to their ancestral lands—lands that, of course, will soon be contested. Midhat winds a careful course among extremes, nursing regrets but still declaring, years later, “When I look at my life…I see a whole series of mistakes. Lovely, beautiful mistakes. I wouldn’t change them.”

Midhat is real. That is to say, he steps out of the past into a particular family history and from there into a poetic, intimately detailed novel, The Parisian, Isabella Hammad’s debut. “He is based on my great-grandfather. My grandmother told me stories of him,” she says from her current residence in New York. “She had a fantastic memory—she could remember that on a certain day half a century ago she was wearing white socks. Other members of my family told me stories, too. From them I had a skeleton, some idea of a man whom everyone remembered as being old. But in the end it was up to me to weave all those facts and memories into a story and to imagine what he was like when he was young and what Palestine was like before 1948.”

Born into a Palestinian emigrant family, 27-year-old Hammad grew up in London. “Even when I was a teenager, I knew that I would be a novelist,” she says. “My imagination was always going wild.” To prepare, she went to Oxford University and studied literature, reading across the centuries but drawing special inspiration from Virginia Woolf. “When I left university I began to work on The Parisian in earnest,” she recalls. “I hadn’t been to Palestine, and I began to travel, gathering more stories and more details.”

Those details and stories find their ways into The Parisian, a novel of many voices and moods. France, Midhat finds, is a sometimes-bewildering place but one with every promise of fulfilling the dreams of youth. The realities of the world are different from those fond wishes, however, and Midhat has to negotiate an uneasy path as his neighbors urge immediate action: “We must resist all of the Jews," insists one, "even our own Jews, the ones we have here.” Midhat weathers war—and then illness, madness, loss, and sorrow, and, as if to add insult to all those injuries, he begins to forget his French.

Writing The Parisian, which weighs in at nearly 600 pages, proved a longer process than Hammad imagined, but in 2016, on the strength of a partial manuscript that she began writing in 2013, she soon found a home for the book at Jonathan Cape in the U.K. and Grove Press in this country. “I’d already done a lot of structuring and restructuring, writing and rewriting,” she says. “The book was edited simultaneously by both publishers, and I was pleased that most of what was wanted from both was just fine-tuning and polishing, not much heavy work.”

That heavy work had taken more than five years and, as Hammad puts it, “many dark nights of the soul.” To work out some problems as she looked for the book’s “center of gravity,” she adds, she looked back at some favorite writers for ideas. “I read and reread Gabriel García Márquez to figure out how he handles time and Penelope Fitzgerald, an absolutely brilliant writer, for how she handles the scene. And then of course there was Virginia Woolf, whom I imbibed, especially her To the Lighthouse, for a sense of design.” Each of the three parts of The Parisian, she notes, has a different cadence, but all are indisputably part of the whole, just as a person’s life—in this case Midhat’s—is, from the uncertainty and haste of youth to the deliberation and stillness of old age.

There was a fourth inspiration, and perhaps an unlikely one on the face of it: the towering American modernist poet Charles Olson, founder of the short-lived but highly influential Black Mountain College. “When I first came to America,” she says, “I went on a kind of pilgrimage to North Carolina. The college had long been closed, but I asked if there were anything left of it. The man who owned the building rummaged around and found Olson’s high school ring, with his initials carved on it. I have the ring now. Olson was a dreadful sexist—he made women students sit outside the door of his classroom—so I wear the ring as a kind of rebuke to him.”

Hammad can write up a storm, and she’s already at work on another novel that she describes as quite different from The Parisian: It will be set in the present, involving two sisters making their way in the world. “I look forward to writing it,” she says, “but I don’t have it planned all the way through. I’m hoping it will be shorter, but we’ll see. With The Parisian, I told myself that I can write a novel in a year, but that’s not what happened after all.”

The pleasure of writing that new novel will be interrupted soon by a book tour that, so far, is concentrated on the East Coast, with visits to bookstores and other venues in Boston, New York, and Washington. After that, she’ll return to the U.K., where The Parisian is being simultaneously published with the American edition in early April; there, among other things, she’ll attend the famed Hay Festival of Literature & Arts in Wales and then will move on to Denmark. “It’s not lost on me,” she says quietly, “how lucky I have been. I am able to write and do nothing but write.”

Hard work has something to do with that luck, too, as well as a finely honed skill as a storyteller. But at the same time that she’s digging deep into her new book, Hammad, finding she “quite likes New York,” is trying to sort out her visa status so that she can stay a while longer. Asked whether she’s experienced any particular difficulties in a time that is unfriendly to international visitors, especially from Islamic nations and backgrounds, she answers no, adding, “I like to go between places, between New York and London and other cities. I think we’re all in trouble, no matter where we live.” Taking in the humane message of hope that closes Isabella Hammad’s The Parisian is a good place to begin finding our way out of the mess.